To recognize successful Indians globally and to celebrate their achievements, last month, one of India’s top English News channels from Times Group and India’s largest media conglomerate – with a presence in over 75 countries – announced a new international initiative to honor successful NRIs around the world. 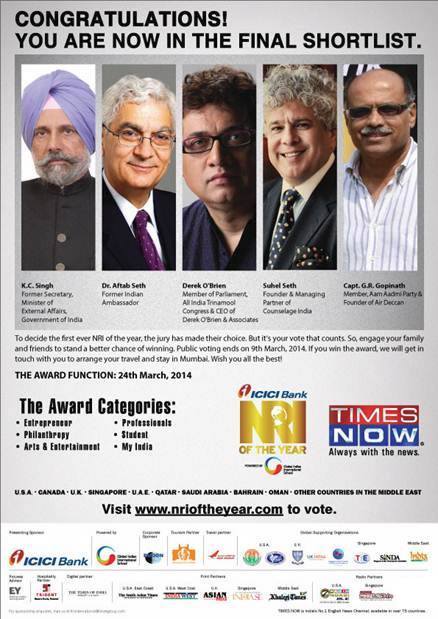 Rohit’s films Life! Camera Action… and Another Day Another Life have jointly won over one hundred international accolades in various categories around the globe. His journey and process of work are considered a major source of inspiration among aspiring filmmakers, media, film students and youth at large the world over.

The first edition of the Times Now ICICI Bank NRI of the Year Awards powered by Global Indian International School will be held in Mumbai later this month.  Stay locked to Urban Asian for details on who the winner is!