They debuted with a flip on Imran Khan’s comeback single “Satisfya” (Unsatisfy’d) and caused a bit of controversy. Now Girlz Got Swag returns with an emotional story in “Arranged Marriage.”

Toronto-based artist, Preet Mani, released his single “Heartless” in late 2013 and the girlz were inspired.

“One of us is a big Preet Mani fan. With ‘Heartless’ on repeat we were all singing along and addicted to the song,” reveals one of the collective member.

Girlz Got Swag assembled for a studio session and after bouncing a few ideas back and forth, the leading lady for lyrics introduced the idea of “Arranged Marriage.”

“The story seems so ancient, but it remains reality for so many. As much as we make music for fun, we want everything we release to make an impression and be driven by purpose,” she explains. 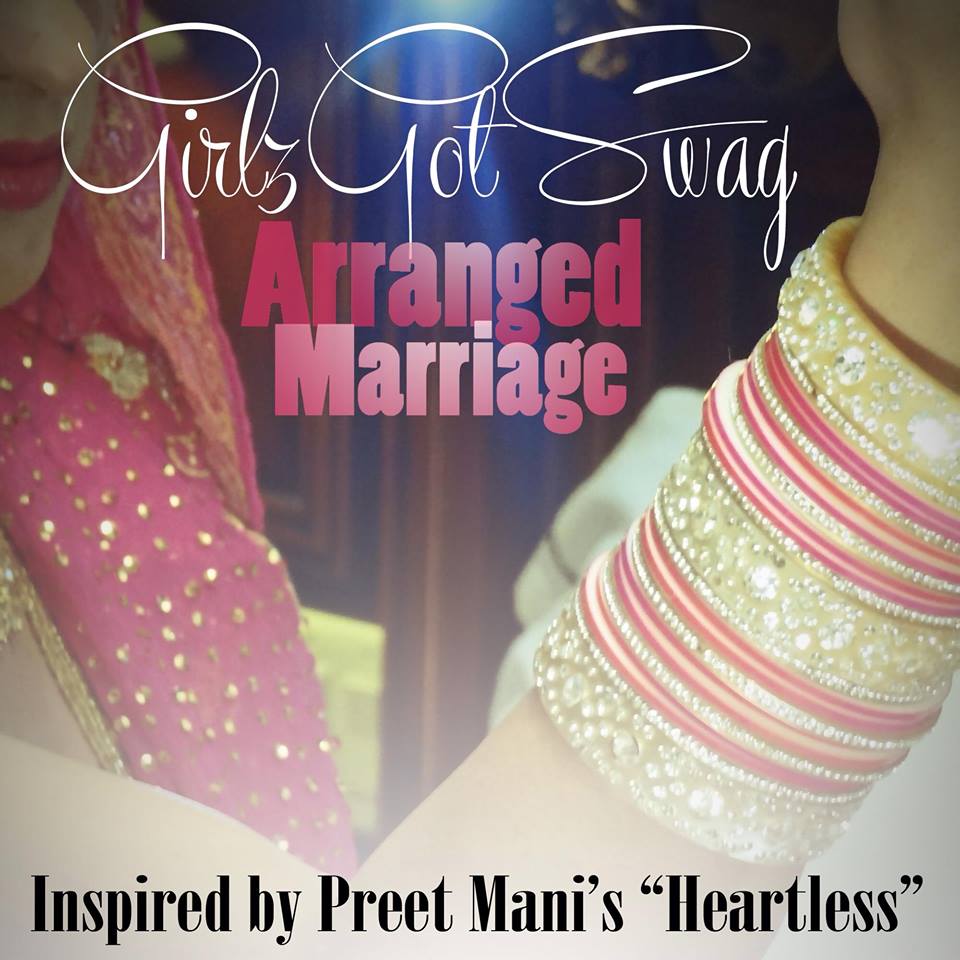 “With lyrics in place it was my turn to get into the vocal booth and quickly learned we picked quite an ambitious song to flip. Preet Mani is a trained vocalist who sings alaaps with such ease. I just hope we did his song justice!” shares the voice behind “Arranged Marriage.”

The girls are proud of this song and this video and hope to continue to gain the support of our community as well as inspire other women to share their talents! What do you guys think of this track? Let us know!