Mumbai-based model Divya Chouksey recently shot for designer Umair Zafar’s Chikankari Collection 2014 which was showcased at a glittering event at the M B Club in Lucknow on 1st March 2014. Divya carries Indian attire as gracefully as she does western and Indo-western garments, which has made her the model of choice for many a photographer and designer. 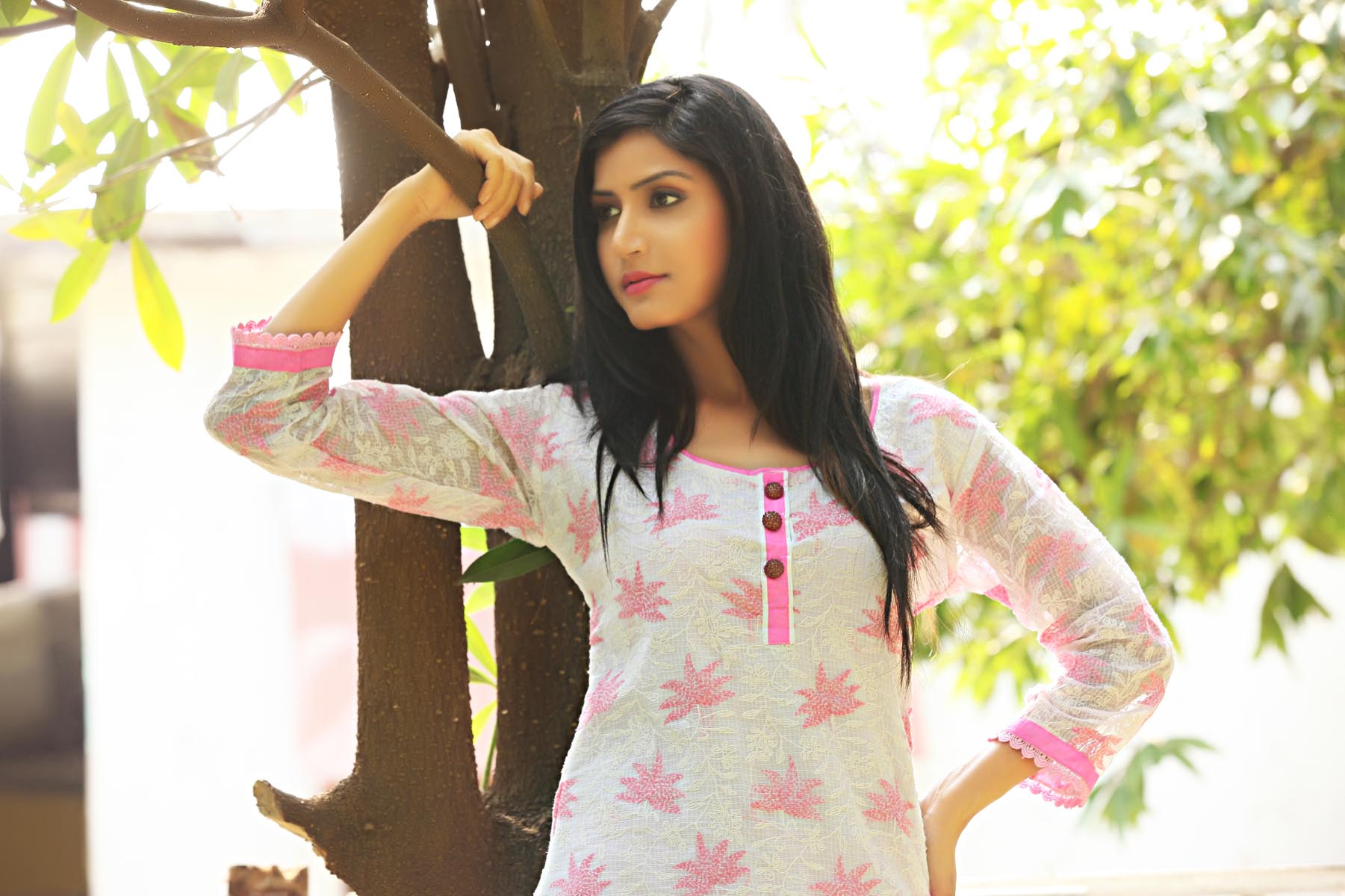 Along with Umair Zafar, Divya has shot for many Indian brands and designers such as Satya Paul, Shree Bhairav, Arya – Lokhandwala, MYK designs, Roopam, Sharad Raghav, Sutra, etc. She has been the face for many Indian brands and events. Umair Zafar’s Summer Collection will be retailed through various multi-brand stores in India as well as through Urban Fashion – the label of multi-brand stores Zafar launched last year. Says Divya Chouksey,

“I am really thankful to Umair Zafar for selecting me for the shoot and it is an honour and pleasure to be associated with brand Umair Zafar.”

Divya Chouksey has walked the ramp at Lux Cinema Awards 2011, Riddhi & Siddhi Mapxencar, Rohit Verma, Wella, Loreal, NIFT, NDTV Lifestyle Awards Chennai, Vimal Show with Shie Lobo at Jaipur, Hyderabad Fashion Week and many others. Over all Divya Chouksey is an established ramp and fashion model with over 200 ramp shows under her cap. Keep it locked on Urban Asian for more updates on this gorgeous girl!