Kangana Ranaut has made an instant connect with the audience, by portraying ‘Rani’s character with utmost honesty, in the upcoming film ‘Queen’. In the recently released song of the film, ‘O Gujariya’, the actor is seen making new friends on her solo honeymoon, and letting her hair down. While shooting for the song in Paris, a funny incident took place as one of the actors, Jeffrey Ho, fell off a boat. 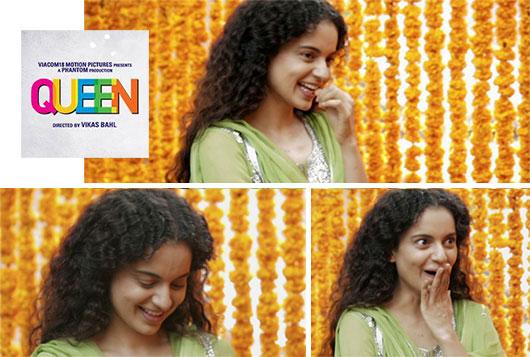 One particular scene from the song features Kangana and the other characters, dancing on a boat, one sitting behind the other. Jeffrey Ho, who was dancing towards the back end of the boat, went overboard, literally, as he fell right into the water, while dancing. However, Jeffrey didn’t panic, since he was sure of the security arrangements. The production unit had already hired a lifeguard, who jumped in, immediately, ensuring the safety of the actor.

“It was funny to see Jeffrey loose balance and slip off the boat, dancing. He did look shocked for a few seconds, before all of us had a good laugh about it.” The production unit had to wait for the actor’s clothes to dry up to ensure continuity, before the shoot resumed. The other actors made sure that they pulled Jeffrey’s leg over the incident, even after they had packed up for the day.”