Lukhdeep known as Lux Phull suffered an atrocious attack in December 1993 when Lukhdeep Phull’s life changed forever. Lux was stabbed in the spine at Leicester Square underground station and his spinal cord was severely injured on a night out with his friends. Initially in a wheelchair for several years, Lux fought to get back on his feet and he is now about to fulfill another ambition by releasing his first record. Music has been an inspiration in Lux Phull’s life and has helped him through grit and determination fight back from a knife injury that severely injured his spinal cord when he was a teenager. Lux was brought up with a love for music where he also played the tabla at the Local Gurudwara.

After being attacked Lux spent months in Stanmore Spinal Unit as his condition was assessed by consultants. When told the heart-breaking news that he would never walk again, unsurprisingly Lux’s reaction was to burst into tears.

Lux left the spinal unit in April 1994 and returned back to the family home. His brother gave up his university course and together they journeyed to Gloucestershire where Lux attended physiotherapy and began to regain some function.

“Standing up was the best feeling ever,” Lux recalls.

During the years that followed Lux had a fairly ordinary life. He restarted his education gaining a degree in multimedia computing, all the while continuing with a physio more local to home in Wembley. Gradually Lux began to regain functionality and movement and in 1998, some five years after his accident, Lux was able to park his wheelchair and has used only crutches since then.

Lux now continues to improve by attending neurokinex which is a new activity-based rehabilitation center in Watford. The extraordinary non-profit facility provides specialist rehabilitation through exercise for people suffering from spinal cord injuries.

“neurokinex has really helped not just my physical condition but also my self-confidence and with that I am now pursuing what is my real passion in life,” says Lux. 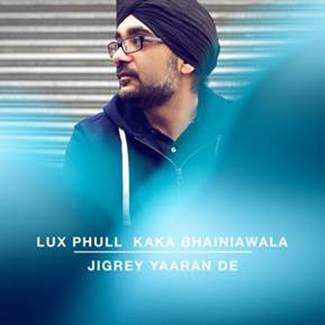 Lux’s dream is about to come true as he is set to hit the music industry with a Bhangra track for all music lovers across the world. ‘Jigrey Yaaran Di’ releases 20th Feb 2014 on Speakerboxx Records