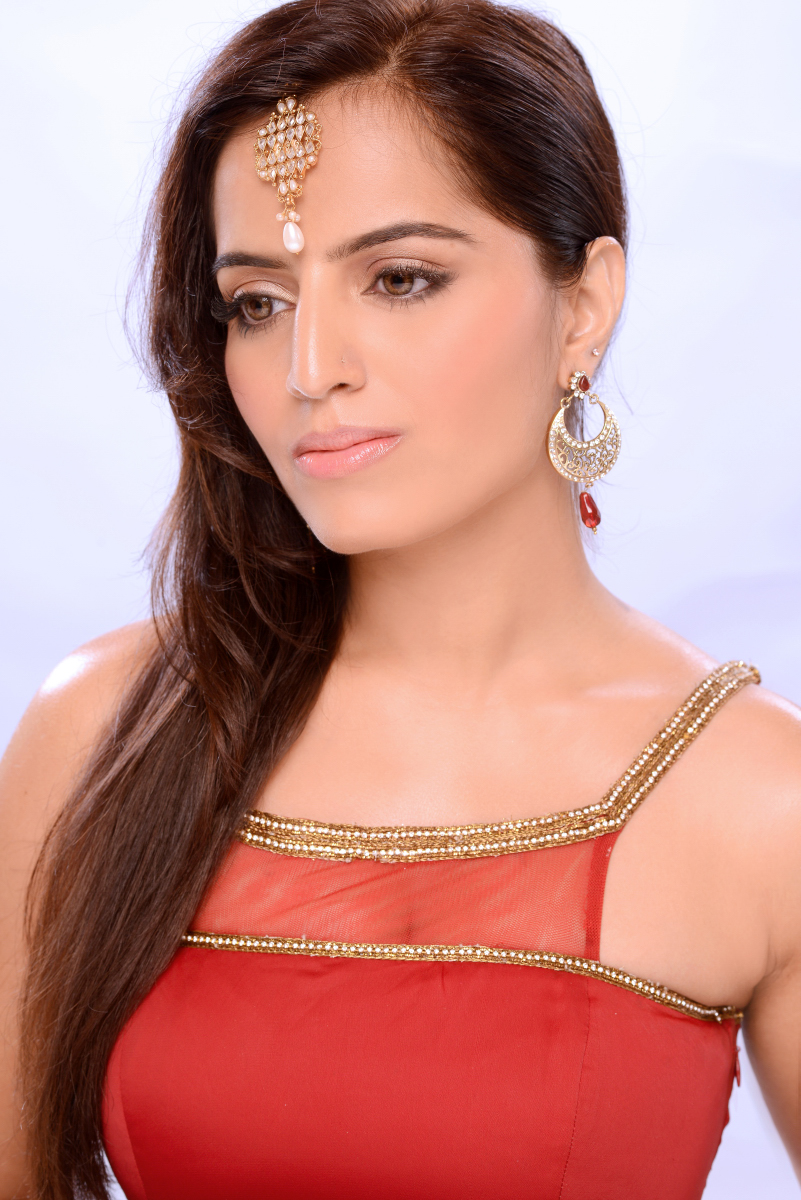 With all the election talk going on in India, it’s no surprise that actors from the industry are being targeted left and right by who they support! Many actors who are supporting the election this year are ensuring that they end up being protected but it doesn’t seem so that way!

The BJP’s prime ministerial candidate and Gujarat Chief Minister Narendra Modi has become the most popular politician of India, in the recent times. It’s conventional wisdom to declare Narendra Modi as the most popular Indian politician online. He has, at 2.8 million, the largest following on Twitter for any Indian politician; his official Facebook page has 6.5 million ‘likes’. Modi occupies more mind space on Twitter than almost any other person or issue in India.

Actress Meghna Patel recently showed her support to Mr. Narendra Modi in a very beautiful way. She had done a very artistic and aesthetic photo shoot with the lotus flowers all over the body. Lotus flower is the logo of the BJP.

She said, “Narendra Modi is the Man of today. He is the embodiment of valor who lives in hearts of millions of people. Narendra Modi is all set to make India free from Corruption, Inflation and Making it a prosperous and powerful India. No politician in independent India has been demonized in such a relentless, Goebbelsian manner as Narendra Modi. He is a “person of great prominence” on India’s political landscape and has done great works for developments and prosperity in his state and now he is the prime ministerial candidate. People will vote for him to make the India better in 21nd Century. We all love you Mr Modi”.

This support for Modi grab the attention of all the voters to support Mr. Modi and due to this Meghna Patel website got crashed due to heavy traffic last night.

“My site www.meghnapatel.com has not been working from last night. It happened when all fans who supported Narendra Modi has come to the site in bulk and my website got crashed because of too much traffic. I appeal to all the people of India to come out and support our Prime Ministerial Candidate Mr. Modi and make him the Prime Minister of India. As he is the only one who can give us stable government and take India on top of the Map in the world.”

So was this a good crash or a bad crash? Did the support of Patel’s crash help Modi or did it make it worse? What do you think? We think it helped him!