The enthusiasm of Delhi fans knows no bounds. As predicted by the production unit of ‘Queen’, Lajpat Nagar had been set abuzz on the day of the shoot at the vibrant locale. It was a hectic day with a crazy crowd of over thousands lined up to get a glimpse of Kangana Ranaut.

Director Vikas Bahl, who was nostalgic about shooting in the area which he has grown up in, said,

“I was born and brought up in Lajpat Nagar, so it was a dream to shoot at this location. I am thankful to my team and Delhi Police, for making this happen in spite of the chaotic mob.” 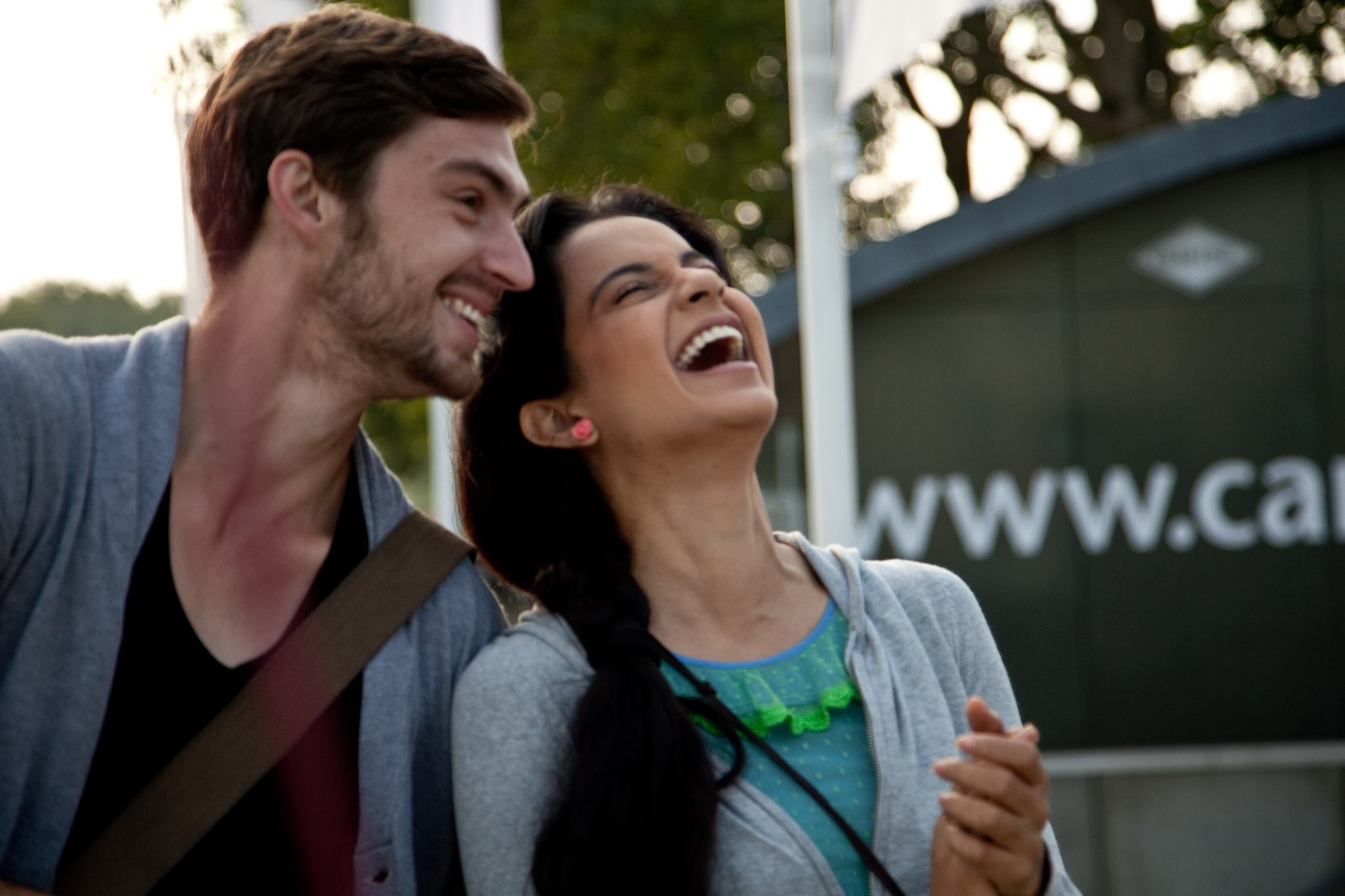 Amongst these fans was an aunty, who seemed to be very determined to get a picture clicked with Kangana. She barged in the security barriers and didn’t budge despite repeated warnings following her. She approached Kangana and also pulled the actor closer, for a click. Kangana, who was preparing for the shot, was clueless about the insistent aunty but did pose for a picture with her over-enthusiastic fan.

“I can understand the people of Delhi and their psyche better. Nobody could stop the aunty. Who would have the courage to stop an aunty, that too in Delhi!”

Queen is a story about ‘Rani’, a desi shy girl from Lajpat Nagar and how she takes off solo, on her honeymoon to Paris.

Queen’ is a Phantom Production. The Kangana Ranaut starrer is directed by VikasBahl, and produced by Viacom18 Motion Pictures, Vikram Aditya Motwane &A nurag Kashyap. ‘Queen’ is scheduled for release on February 28, 2014.