Some people are destined for a particular career, and there is no doubt that Subhash Ghai, the “Showman” was destined for direction in film!  Mr. Ghai has contributed greatly to Bollywood over the years with his unique directing style producing hit films under his “Mukta Arts” banner.  He turns 69 on January 24, 2014, and is still at the top of his game when it comes to directing!  Read below as we celebrate the man and his journey in film!

Curiously, Ghai did not come from a film family, but instead, was born to a dentist father who practiced in Delhi.  As such, Mr. Ghai did his higher secondary in Delhi and thereafter graduated in Commerce from Rohtak, Haryana.  However, commerce wasn’t a field he could ‘sink his teeth’ into, so he chose his own career path by moving to Pune, Maharashtra.  There, he joined the Film and Television Institute of India, Law College Road (FTII).  After attaining a diploma, he started working in the Indian film industry in 1970, and there has been no turning back! 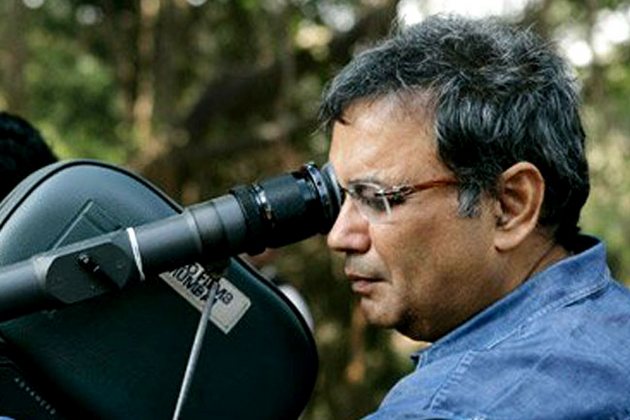 Mr. Ghai started his career in Hindi cinema as an actor with small roles in six films, like Taqdeer (1967) and Aradhana (1971). He was the male lead in the 1970s Umang, and Gumraah (1976) with Reena Roy and Danny. However, direction was his true calling.  His directorial debut was the film Kalicharan (1976) which he obtained through a recommendation by Shatrughan Sinha. As of 2005, he had written and directed 15 movies. In 1982, he started Mukta Arts Private Limited which, in 2000, became a public company, with Subhash Ghai as its chairman and managing director.

At the peak of his directorial career in the 1980s and 1990s, he formed a collaboration with Dilip Kumar whom he directed in Vidhaata (1982), Karma (1986) and Saudagar (1991), the latter for which he won the Filmfare Best Director Award. He helped establish the careers of Jackie Shroff and Anil Kapoor, introducing Jackie as a leading actor in Hero (1983) and directing Kapoor in Meri Jung (1985) for which he was nominated for a Filmfare Best Actor Award. The two proved to be his go-to actors and went on to frequently work together as actors in Ghai’s in the films Karma (1986), Ram Lakhan (1989) and Trimurti (1995) which he had produced and was directed by Mukul S. Anand. His 1993 release Khal Nayak starring Sanjay Dutt, Madhuri Dixit and Shroff featured the controversial song “Choli Ke Peeche Kya Hai”.

In 1997 he directed Pardes, which starred Shahrukh Khan and introduced Mahima Chaudhry and Apoorva Agnihotri. In 1999 he directed Taal which starred Akshaye Khanna, Aishwarya Rai and Anil Kapoor. Both Pardes and Taal were released internationally and featured in the top 20 movies in the U.S. box office charts for several weeks. His following films were Yaadein (2001), starring Hrithik Roshan and Kareena Kapoor, and Kisna (2005), starring Vivek Oberoi.

In 2006, he set up his own state-of-the-art film institute Whistling Woods International in Mumbai. The institute trains students in filmmaking: production, direction, cinematography, acting, animation, etc. Like Alfred Hitchcock he is known to give brief cameos in his directorial ventures.

After a three-year hiatus from directing, he returned in 2008 with Black and White released on 7 March 2008 and, later Yuvvraaj released in November 2008.  Later this year, we will see his upcoming production Kaanchi release.

Can you believe he has accomplished all this before the age of 70?  Quite a legacy he has already established, with plenty more still to come!