Bollywood has witnessed a sea of transformation in the last few years, with young filmmakers exuding refreshing creativity and outlook. With names like Vikramaditya Motwane (Lootera) and Ritesh Batra (‘Lunchbox’) successfully venturing as filmmakers and making a mark for themselves, it is evident that the audience has been welcoming the change. This year, too, Bollywood will see a host of newcomers getting behind the camera, adding on to the talent pool that’s creating waves in the Indian cinema – The filmmakers to watch out for! 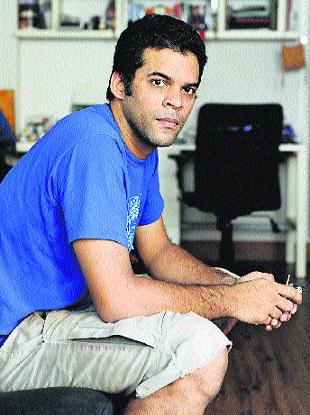 Soumik Sen will be directing Bollywood divas Madhuri Dixit and Juhi Chawla in his debut film Gulaab Gang. The film is based on a real-life group of women who fight social injustice in Uttar Pradesh. Imtiaz Ali’s brother, Sajid Ali too, will be seen making his directorial debut with a film called Banana. Recently, he had written the story and screenplay for Homi Adajania’s blockbuster ‘Cocktail’ (2012), which won multiple awards.

Another exceptionally promising filmmaker to watch out for in 2014 is Rajat Nagpal, the man who began his career by assisting ace directors such as Rakeysh Omprakash Mehra, Nikhil Advani and Bharat Bala in their respective feature length films and Television Commercials. Rajat has directed several popular commercials for renowned brands like Fanta, Mentos, Pidilite (Fevikwik, M-seal, Terminator), Tata Indicom, Sunsilk and Standard Chartered Mumbai, among many others. His short films have also been selected and screened at prestigious International Film Festivals like Berlin International Film Festival, Poitiers International Film Festival and Dhaka International Film Festival, among many others. The popular viral video Rahim Murge Pe Mat Ro, directed by Rajat, was showcased at the National Museum of Modern art, Paris. Rajat has been the only Indian Video Artist to be showcased at MOMA. That’s no mean feat. In a short span of 8 years, Rajat has earned laurels which few can only dream of. He has over 100 ad films, 30 music videos, and 15 award winning corporate films and documentaries to his credit. Rajat Nagpal is currently working on two full-length feature films this year, making him one of the most sought-after directors this year.

These directors have set high standards for themselves even before the release of their first full-length feature film. It will be interesting to see the magic these filmmakers create on the silver screen. We shall wait and watch.