Bollywood’s couple du jour Sidharth Malhotra and Parineeti Chopra, who star in the forthcoming Dharma Productions’ romantic-comedy film Hasee Toh Phasee, releasing in the international markets through Reliance Entertainment on 7th February 2014, recently wowed audiences when they made a visit to the set of the popular Indian entertainment show Dance India Dance (DID)

The pair, who play the lead characters in the charming film, appeared on the show to introduce a song from their film, which is inspired by the dancing style of the veteran actor Shammi Kapoor. Whilst on the set of Dance India Dance, both Sidharth and Parineeti entertained the audience by engaging in some impromptu dance moves with the contestants and chatting with the show’s judge and renowned Bollywood mover Mithun Chakraborty. 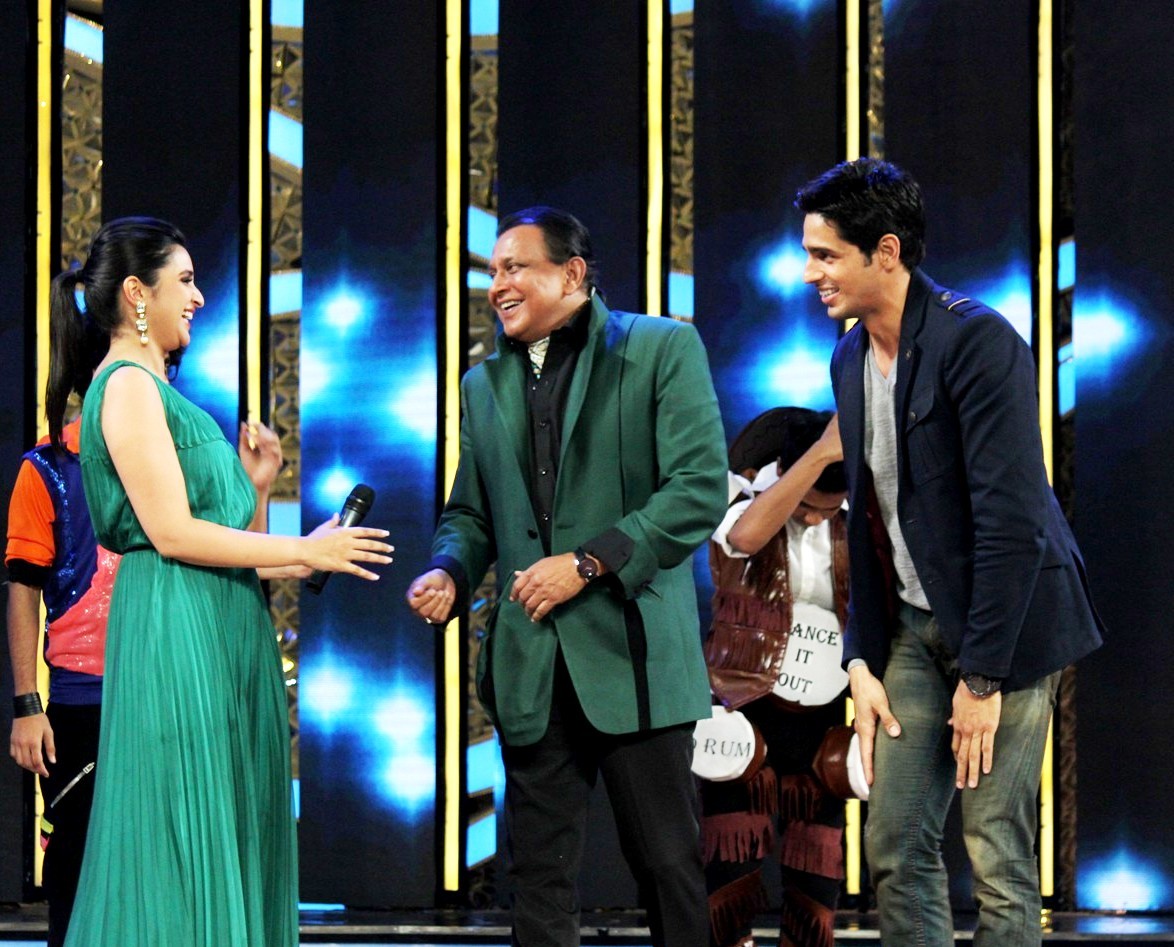 Hasee Toh Phasee promises to be a romantic-comedy with a difference, bringing together a star cast of emerging acting talent and accomplished film professionals, both in front of and behind the camera. The film is directed by Vinil Mathew.

The movie is set in Mumbai, the film is about the relationship between the quirky rebellious Meeta (Parineeti Chopra – Ishaqzaade), and the mischievous Nikhil (Sidharth Malhotra – Student Of The Year) struggling with their respective families to fit in. Nikhil bumps into Meeta on the occasion of her sister Deeksha’s wedding, while Meeta is on the run. He falls in love with Meeta’s sister Karishma on the same day.

The film jumps to the eve of Nikhil and Karishma’s engagement. Karishma’s wealthy father, Devesh Solanki, does not approve of Nikhil as he finds him to be a no-good young man. On the day of his engagement, Nikhil promises Karishma that he will prove himself to be worthy of her within the next seven days. In an attempt to please Karishma he decides to let Meeta live in the flat above his own house, with his crazy extended family. During the course of Meeta’s stay the pair become close and open up to each other.

In the midst of all the confusion that ultimately ensues, the truth about relationships is unfolded, the strength of unions is tested and love triumphs. Celebrate this Valentine’s season with the release of Dharma Productions must-see romantic comedy film of-the-year Hasee Toh Phasee, which releases on 7th February 2014!