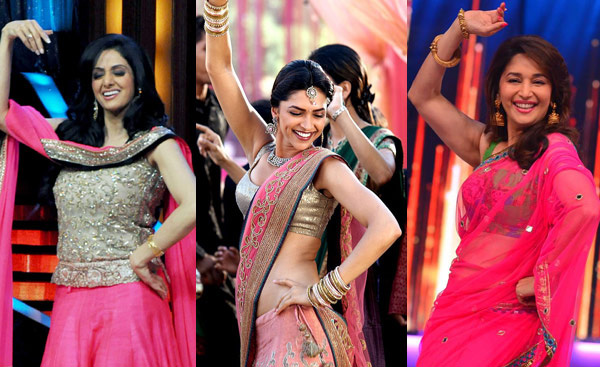 If you are an ardent Hindi cinema fan like me, this article will not be news to you, but for everyone else that may have been living under a rock for the past few months, listen up. The uber cool and once in a lifetime event that is the International Indian Film Academy aka IIFA awards show, is coming to the US for the very first time!

The party begins on April 24th and ends April 26th with a host of events in between to keep everyone happy. The schedule for the awards weekend includes:

• April 24 and 25: “IIFA Global Business Forum” at the Tampa Convention Center, an event expected to draw more than 100 CEOs of companies in India.

• April 25: “Magic of the Movies & Technical Awards” show at the MidFlorida Credit Union Amphitheatre at the Florida State Fairgrounds.

• April 26: The 6:30 p.m. awards show at Raymond James Stadium. The arrival of stars on IIFA’s trademark green carpet and the awards ceremony are expected to be broadcast to 600 million viewers in 108 countries.

In addition, IIFA’s website offers premium packages priced from $10,000 to $25,000 per person. Those include three-day hotel stays, meals, transportation to events, special access and chaperone service, personal photos with the stars and a good deal more!

Unless you live in India and are lucky to know someone in Bollywood, the chances of you attending a major award show will be slim to none. This is the one chance for all fans to attend an award show of this magnitude. Superstars such as Shah Rukh Khan, Priyanka Chopra, Anil Kapoor, Shahid Kapoor, and Farhan Akhtar are confirmed to attend. Announcements for other stars will be made as the event draws near. In addition to these Bollywood celebrities, American celebrities are also expected to attend. Previous years have seen stars such as Angelina Jolie, Jackie Chan, Hillary Swank, Kylie Minogue, and others adding glamour to the events.

If the glitz and glamour is definitely for you and you do not want to be left behind during this epic weekend event, the next step is to buy your tickets online at www.ticketmaster.com/iifa-awards-tampa-florida. Tickets went on sale January 14 and had already sold over 6,500 within two hours! Ticket prices range from $75 to $3,500, but last check showed the $75 and $150 priced tickets as sold out. Friends and family will be traveling from around the country and around the world for this once in a lifetime experience.