Acclaimed filmmaker Rohit Gupta has been honored by India’s renowned Limca Book of Records (i.e. India’s equivalent of the Guinness Records) for his award-winning feature film “Life! Camera! Action….”  There were two records that the film set.  The new record set is for the first full-length motion picture shot by just a two-member crew; these being producer/director Rohit Gupta and Ravi Kumar R.  It is also the first film to release via Facebook!

Gupta’s journey and the process of his work is widely considered a major source of inspiration to aspiring filmmakers, students of cinema and youth at large the world over.  Gupta has been involved in almost every aspect of cinema – he has co-written, produced, directed, edited, written lyrics, shared credits in music and photography, marketed, branded and distributed his work!  Regarding his journey he commented,

“It has been a marvelous journey and the road ahead looks equally interesting.” 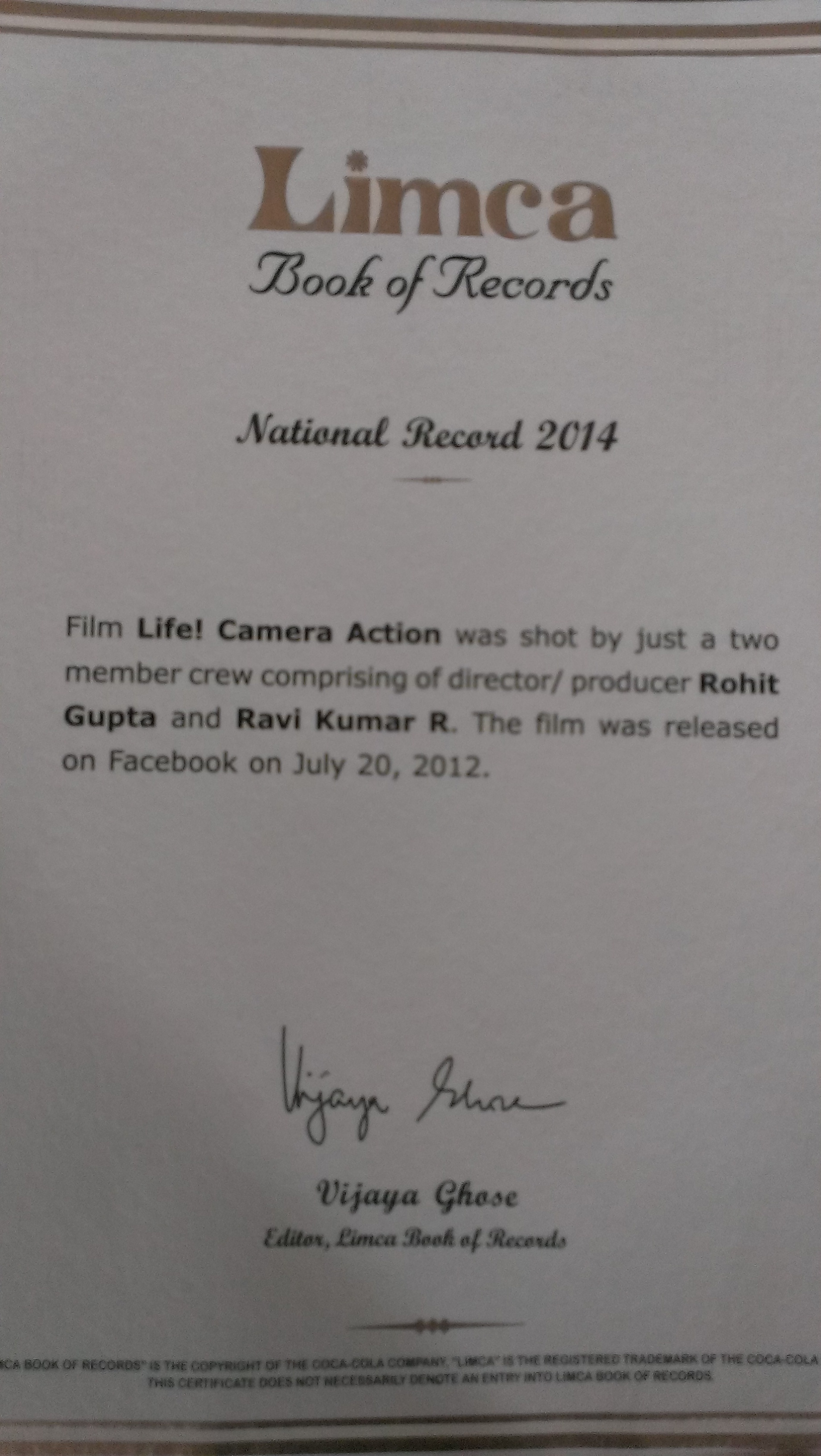 Renowned news producer Silicon India listed the film as One of the 10 Outstanding Movies by Indian American Filmmakers. The list includes Hollywood blockbusters such as The Sixth Sense and Unbreakable by M. Night Shyamalan, Mississippi Masala and Namesake by Mira Nair, and Fire and Earth by Deepa Mehta.

This inspiring ninety-minute quasi-autobiographical family drama features the struggle of the protagonist Reina – played by award winning actress Dipti Mehta – who sets off on a career in filmmaking against parental consent.  Running the risk of being disowned for going against the norm of pursuing a future in engineering, medicine or architecture, the film celebrates the strength of the central character to challenge the rules regardless of the consequences.

New York-based Gupta is an MBA graduate and an alumni of the New York Film Academy. He first forayed into films with a four-minute American suspense-thriller film “Another Day Another Life”, which also received tremendous acclaim from around the world including an Official Selection at Cannes in 2009.  He is currently working on the post-production of his highly anticipated upcoming American comedy feature titled “Midnight Delight”, due for release in 2014.  We’ll have all the details here on UrbanAsian.  Keep it locked!