After the huge success of their debut single ‘Sanu Teh Changa‘ in August 2012, Gin and Rees have created a ground-shaking ‘Qawali Refix.’ Once again, the song features the amazing vocalist Aslam Ali who closely resembles the vocal tone of the great Ustad Nusrat Fateh Ali Khan.

A special re-worked version of the track was also created recently and used for a TV campaign by Laila Rice and Laila Atta creating a storm and generating public demand resulting in the release of this new ‘refix’ version. The brothers have also been in the studio working on Aslam’s debut album which will feature some amazing renditions of other great Nusrat tracks as well as a few surprises! The album is due for release mid-2014. 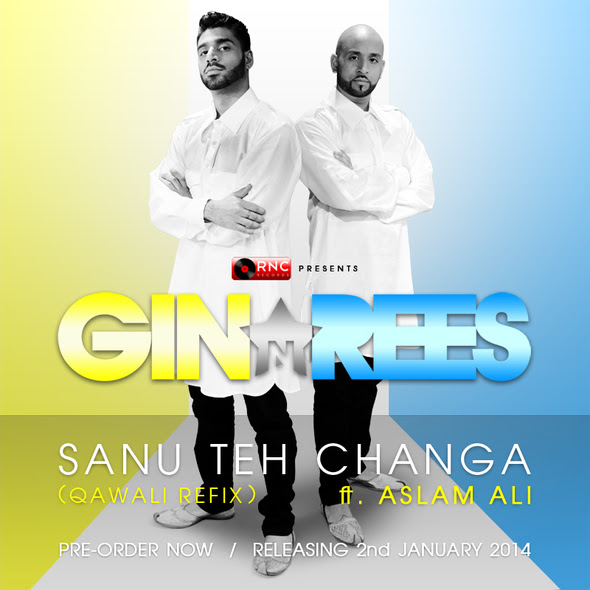