One of the most anticipated comebacks in the world of Bollywood, was Madhuri Dixit’s!  She was last seen in “Aaja Nachle” (2007) and then took a break of 7 years!  So, as expected, the hype regarding her first big major lead in “Dedh Ishqiya,” after such a big gap, was enormous!  Fans have wanted to see Madhuri back in her dance avatar and as a leading lady!  Although “Aaja Nachle” had done only average business, it seems that “Dedh Ishqiya“, which opened officially on January 10, 2014 is resonating well with the audiences, and Bollywood actors alike – see all their tweets on Twitter if you don’t believe me!

In the film, Madhuri Dixit plays an aging “begum”, who is no longer able to attract as much attention as she wishes.  The story focuses on the relationship that forms between Begum (Madhuri) and partners-in-crime, Khalujan (Naseeruddin Shah) and Babban (Arshad Warsi).  So far, critics have only had positive things to say about Madhuri’s performance.  Based on the trailers, it seems Madhuri is back full-force in the avatar we love her best in – i.e. emoting and dancing up a storm!  Madhuri will be seen next in “Gulaab Gang” alongside fellow Queen of the 90s, Juhi Chawla.  Hopefully, the success of this movie is a sign that Bollywood actresses also have longevity in cinema.  Perhaps we will see more of the ’90s actresses (Karishma Kapoor, Raveena Tandon, Sonali Bendre, etc.) also making successful comebacks!

Check out what Madhuri had to say regarding the “Dedh Isqhiya” in an interview with media: 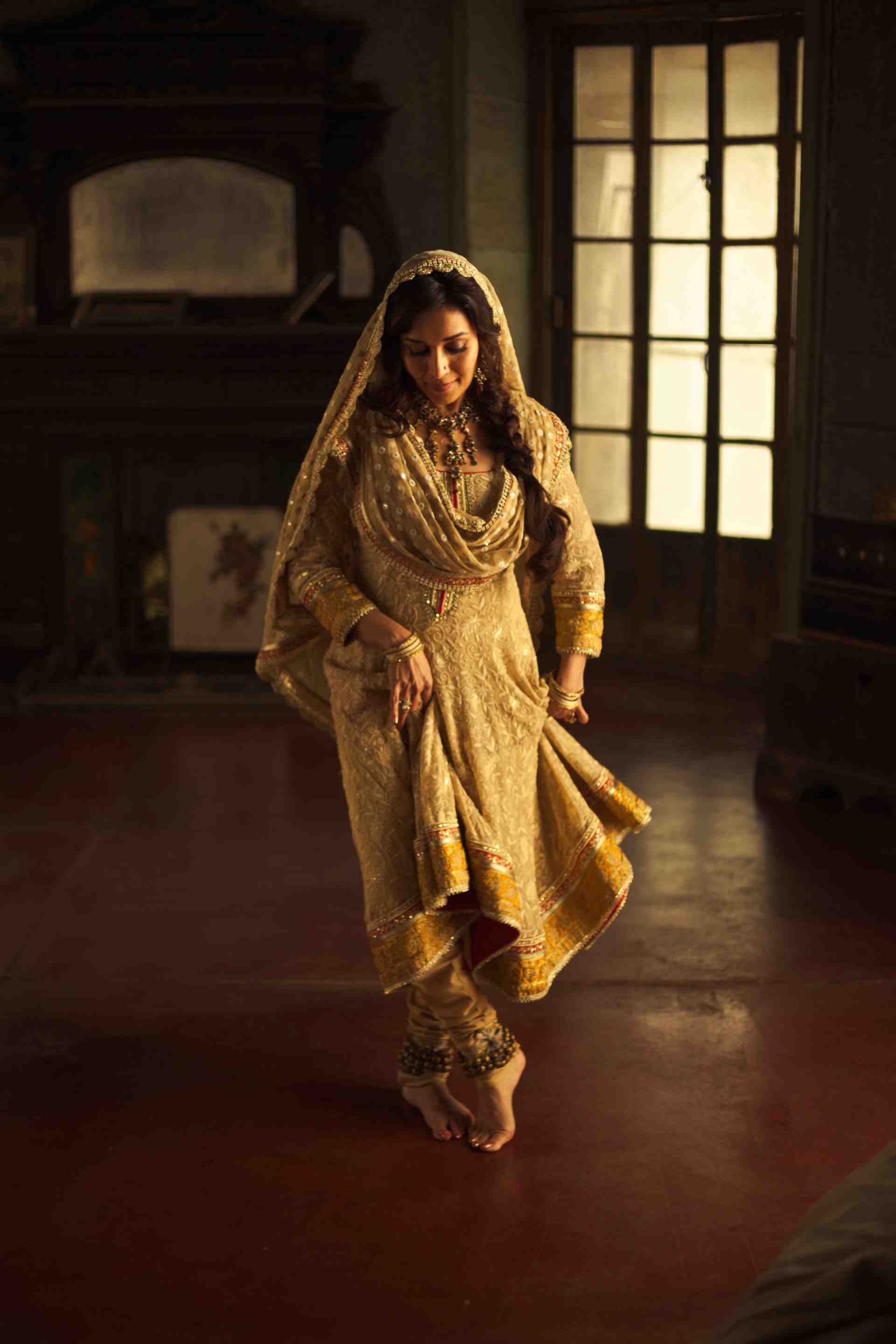 Q. Did you feel a heightened sense of pressure in terms of Dedh Ishqiya living up to, if not surpassing, the success and acclaim of Ishqiya?

A. Sequels have to be better and the interest is very high. But a sequel should also look like a different movie. Dedh Ishqiya is completely different in terms of story, culture, atmosphere… We now have these two conmen characters from the first film, put into a haveli setting. The comedy comes off very beautifully. I feel we achieved what we set out to do. It’s a very poetical film, but the Urdu is not so high that the common man won’t understand. And there are also subtitles.

Q. On what levels did the role and character of Begum challenge you as an artist? Did it take you out of any comfort zones?

A. It definitely challenged me as a kind of role, as there are not a lot of histrionics there. There’s no shouting and screaming. It’s not very obvious acting.You’re performing on a tightrope as you’re giving away something but also not, which is a difficult thing to do. 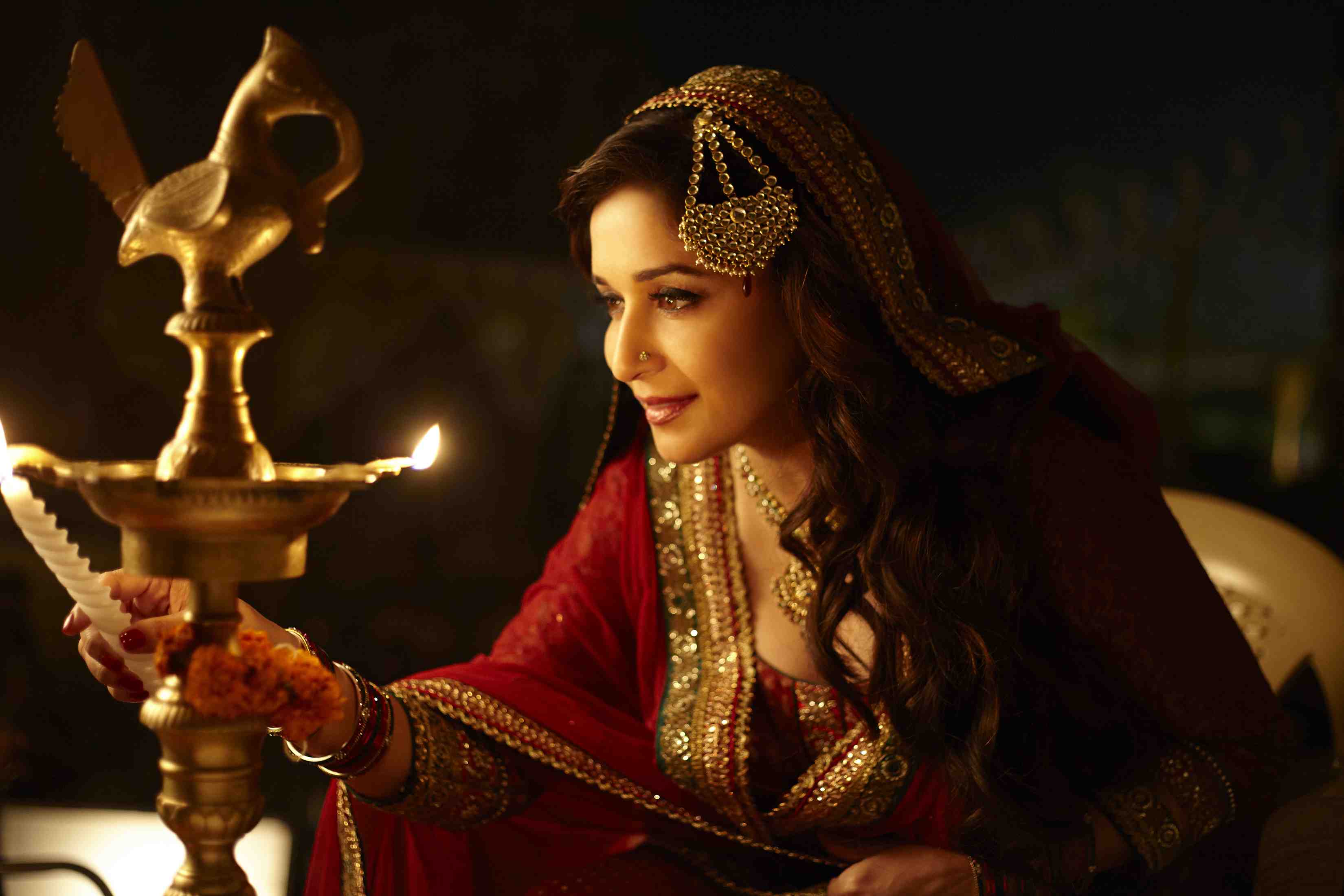 Q. Did you identify with any of her character traits, or was it completely new territory for you?

A. Begum is very different to me as a person, so I had to invent her, but it was a great pleasure playing her. What she wants people to perceive her as is very different from what she really is. Then it has to be underplayed and under-toned. With Muniya, what you see is what you get, whereas Begum is very secretive and there’s a sense of mystery about her. I loved portraying her.

Q Which audiences do you feel will most connect with the film?
A. I think the film should appeal to all audiences as there is everything for everybody – romance, betrayal, beautiful songs…. I would love for everyone to come and watch this film.