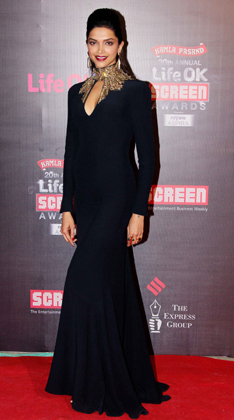 The awards season in Bollywood has commenced.

Before this, Deepika Padukone also won three awards at the BIG Star Entertainment awards including best actress in romantic and comedy role and most entertaining actor in a comedy film (female) – Chennai Express.

Deepika Padukone, who delivered four back to back hits in 2013, was the sure shot winner of the awards this season.

The year belonged to Deepika Padukone with praises and appreciation flowing from both the audiences as well as the critics for her performances in the year.

All her films have done extremely well at the box office and Deepika has worked very hard for this. This is just the beginning and the actress has a lot more awards coming her way this award season.