This New Year welcomes a brand new Bollywood release. One By Two is the latest feature film from one of the industry’s well-known names, Abhay Deol. Abhay takes the role of the lead character, Amit Sharma who leads a lacklustre life. A series of chance encounters leads him to Samara, an aspiring dancer played by Preeti Desai, the former Miss Great Britain 2007.

Abhay has long established himself as a leading name in the industry, hailing from one of Bollywood’s leading acting dynasties, the Deols. He has featured in several popular films such as, Oye Lucky! Lucky Oye!, Zindagi Na Milegi Dobara and Singularity. More recently, Abhay wowed audiences in the live BBC production of Bollywood Carmen. Although he is famed for his skillful acting, Abhay dons his producer’s hat for the first time in One By Two. Taking on the role of producer was challenging but satisfying, says the actor:

“I got into production to give directors a platform to make the movies they want to make, with the best service possible and no creative interference. Most of the films I have made so far have not been mainstream formulaic Bollywood films, and almost all the filmmakers were either very new or debut directors. It was disheartening to see how hard they worked with so little support. I’d like to continue working with such directors and making non-formulaic films. I also want to ensure that the films get a wide release with the right amount of marketing.” 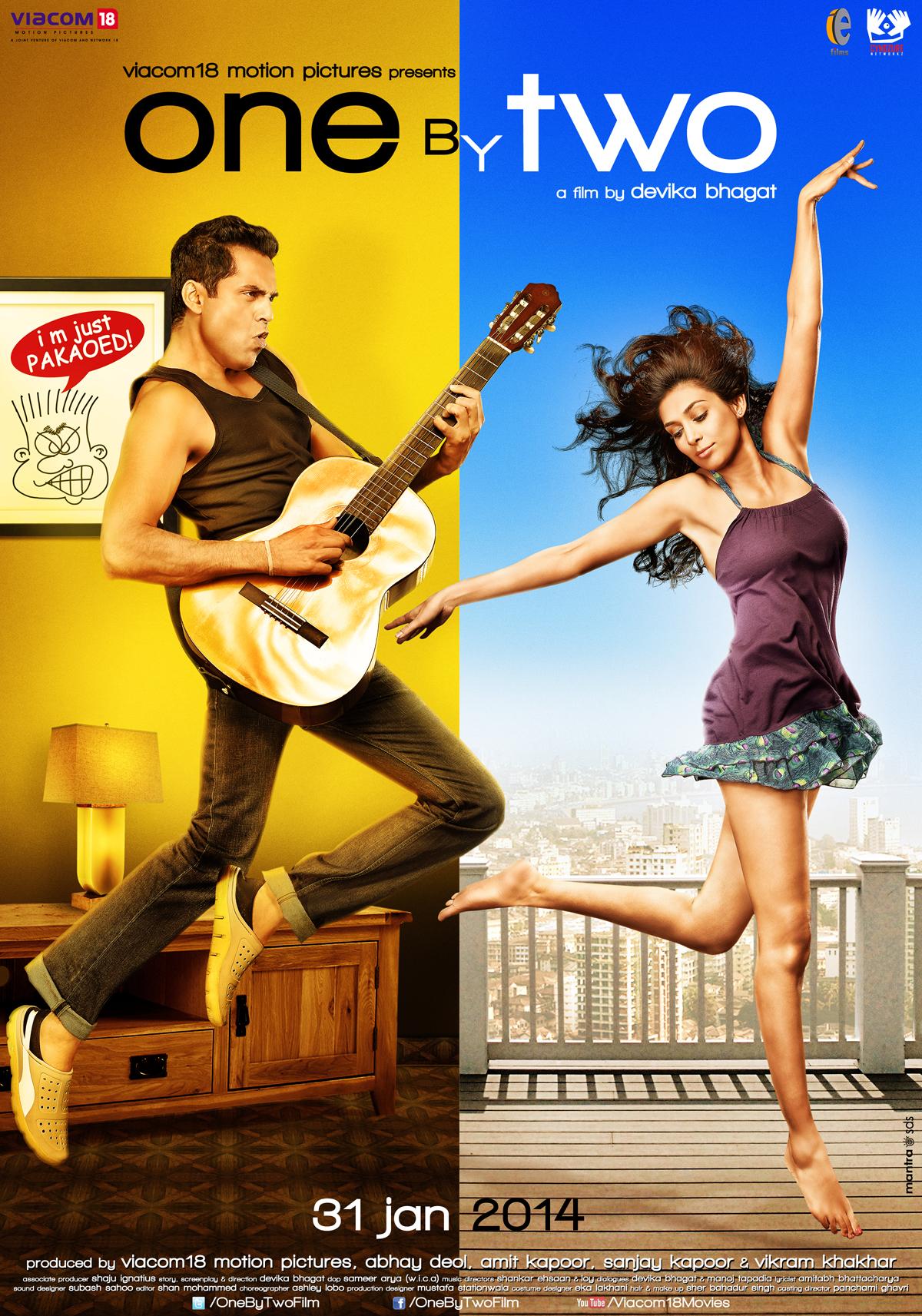 One By Two sees Preeti Desai starring as the leading lady. The British actress grew up in Middlesbrough (England) but found fame in Mumbai as a model. She quickly rose to success as her first assignment saw her featuring on the cover of L’Officiel with Bollywood heartthrob Shahrukh Khan. Preeti first rose to fame when she was crowned Miss Great Britain in 2007, making history for becoming the first Indian woman to do so.

“It’s been a great deal of fun filming One By Two! As a British girl building her career in India, it’s been an incredibly exciting and rewarding experience! This is my second feature film and very different from my first. One By Two is not your typical rom-com; it is quirky, insightful and funny. I learned a lot while making this movie and I hope I get to make more films like this in the near future.”

One By Two relates the story of how fate brings two unsatisfied twenty-somethings together through a series of coincidences. The romantic comedy is filmed entirely in Mumbai and is ready for its UK release on the 31st January.