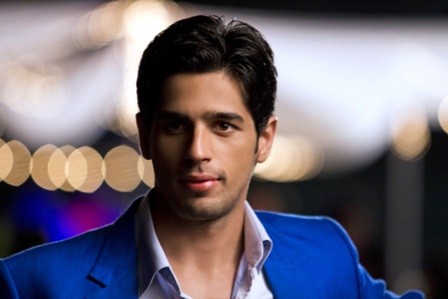 With movie star looks, a chiseled Greek god physique and leading man status, one would think that heartthrob actor Sidharth Malhotra has little to worry about in life. But this has proven not to be the case in his new film Hasee Toh Phasee.

The gorgeous star braves it and goes topless in a specially scripted sequence in the romantic comedy film Hasee Toh Phasee, a feat that required him to work-out rigorously and watch his intake of calorie-inducing food in order to obtain the toned, six-pack form that we see on the silver screen. 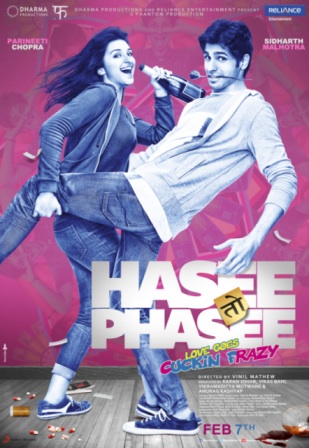 Being the consummate professional that he is, Sidharth went on a two-week crash diet to get the desired look in the film. But his stellar efforts were not in vain because as soon as the scene was wrapped up, director Vinil Mathew treated Sidharth to a huge piece of cake!

Hasee Tho Phasee promises to be a romantic-comedy film with a difference, bringing together a star cast of emerging acting talent and accomplished film professionals, both in front of and behind the camera. The film is directed by Vinil Mathew.

Set across Mumbai, over a decade, the film is about the relationship between the quirky, rebellious Meeta (Parineeti Chopra – Ishaqzaade), and the mischievous Nikhil (Sidharth Malhotra – Student Of The Year) struggling with their respective families to fit in. Nikhil bumps into Meeta on the occasion of her sister Deeksha’s wedding, while Meeta is on the run. He falls in love with Meeta’s sister Karishma on the same day.

In the midst of all the confusion that ultimately ensues, the truth about relationships is unfolded, the strength of unions is tested and love triumphs. Celebrate this Valentine’s season with the release of Dharma Productions must-see romantic comedy film of-the-year Hasee Toh Phasee, which releases on 7th February 2014 in the international markets through Reliance Entertainment.