The Mulund Festival rocked the eastern suburb where highway biking took on new meaning as thudding mean machines hit the roads on a Wednesday evening by the adventurous journey and fun for Mulundities. The city burst into sound of bikers when Bollywood actor Shreyas Talpade Flag-off the Harley Davidson bike Rally! 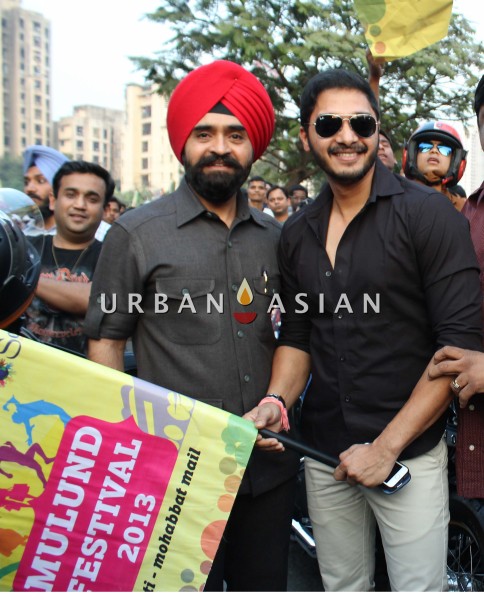 “It’s the passion of the owners of various Harley Davidson bike, who took part in this festival and I have actually been very fascinated by their passion.”

The bikers were in full gear on the 100-km ride. As if their exotic machines were not enough, they sported leather jackets with the message of “SAVE GIRLS CHILD” while riding. The rally saw around 35 unique Harley Davidson bikes which were running over the Mulund streets for 2 hours. The fest was organized by Sewak NGO chairman Charan Singh Sapra MLC.

The Mulund festival witnessed karaoke, singing, dancing, painting and rangoli followed by a bike rally. Riders who had participated in bike rally said,

“It was an awesome experience for the Mulund people. They have never seen this kind of sport spirit.”

Tons of fans arrived to get a glimpse of Shreyas Talpade and the bikes. The “Masti-Mohabbat Mail” of the Mulund Festival is traveling into the hearts of every resident and takes them on an unforgettable journey of fun, love and togetherness. Sewak NGO Chairman, Charan Singh Sapra said,

“Mulund festival is all about fun and togetherness. This is unique kind of bike rally where every biker is very passionate to rule on Mulund road. The fest is celebrated by every Mulundities with lots of Enthusiasm and Zest.”