Karle Pyaar Karle, which marks the debut of Shiv Darshan and Miss India Earth 2011 Hasleen Kaur, will be the first romantic film to release in 2014. The makers of the film have released the title track, which gives a peek into the sizzling chemistry between the lead pair and the young vibe of the film. 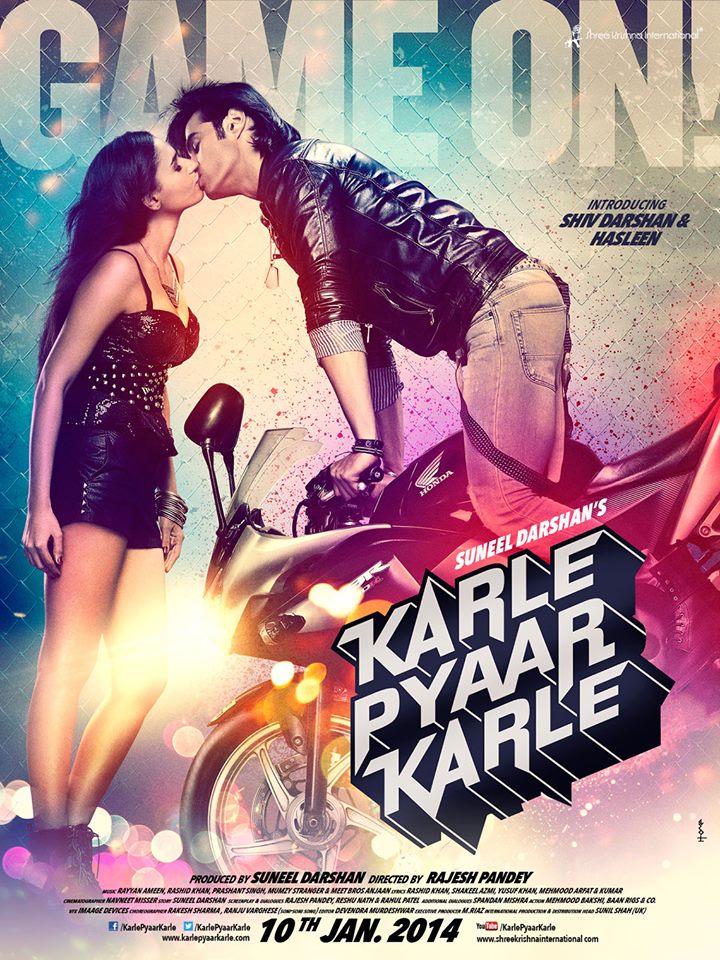 Featuring fresh faces and young romance, this video is like a breath of fresh air. The high energy, foot tapping number has been composed by Meet Bros Anjaan and Suneel Darshan. Karle Pyaar Karle is directed by Raajesh Pandey. The film also marks the return of Suneel Darshan as a producer after a long hiatus. Sprinkled with love in generous doses, the movie will hit theatres on 10th Jan, 2014.