The melodious Jeene Laga Hoon from the Tips Films production Ramaiya Vastavaiya, has been named this year’s #1 trending music video in the country by YouTube! Directed by Prabhu Dheva, the film starred actor Girish Kumar & Shruti Haasan. The romantic track sung by Atif Aslam and Shreya Goshal, became a major hit at the time of the launch & 5 months later the song continues to trend on YouTube with 15.8 million views till date. 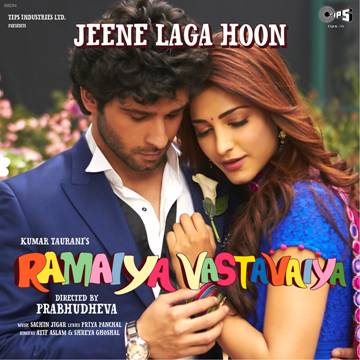