During Calcutta’s most unsettled times, the inseparable Bikram and Bala, grew from being small time, inconsequential wagon breakers and coal thieves, to becoming the biggest and most powerful black marketing mafia-men. As the infamy of these two renegades spread far and wide… the People of this sprawling city started calling these two happy-go-lucky rebels… GUNDAY. 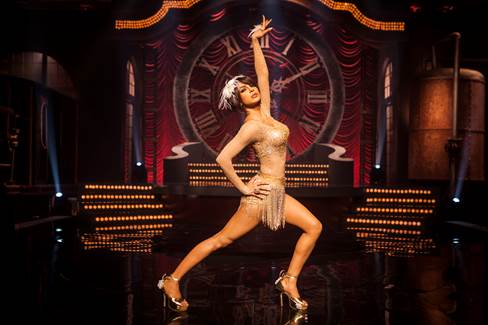 While recreating the authenticity of Calcutta of the 70’s, director and writer of GUNDAY, Ali Abbas Zafar, also introduces us to the then prevalent world of cabaret dancing. Priyanka Chopra, who plays the role of Nandita the gorgeous cabaret dancer in the film, does it to perfection.

Directed by Ali Abbas Zafar and Produced by Aditya Chopra, the film stars Ranveer Singh and Arjun Kapoor, as Bikram and Bala, along with Priyanka Chopra and Irrfan Khan, in lead roles. The film is slated to release worldwide on 14th February 2014.