Neeraj Pandey, who is best known for directing and writing the films ‘A Wednesday’ and ‘Special 26’, has solidified his place in cinema as a master of the thriller genre.  It is no surprise, therefore, that the critically acclaimed director has written his first novel in this same genre called “Ghalib Danger.”  In order to promote the novel, Pandey visited Pune and hit up several venues to spread the word on his new novel. 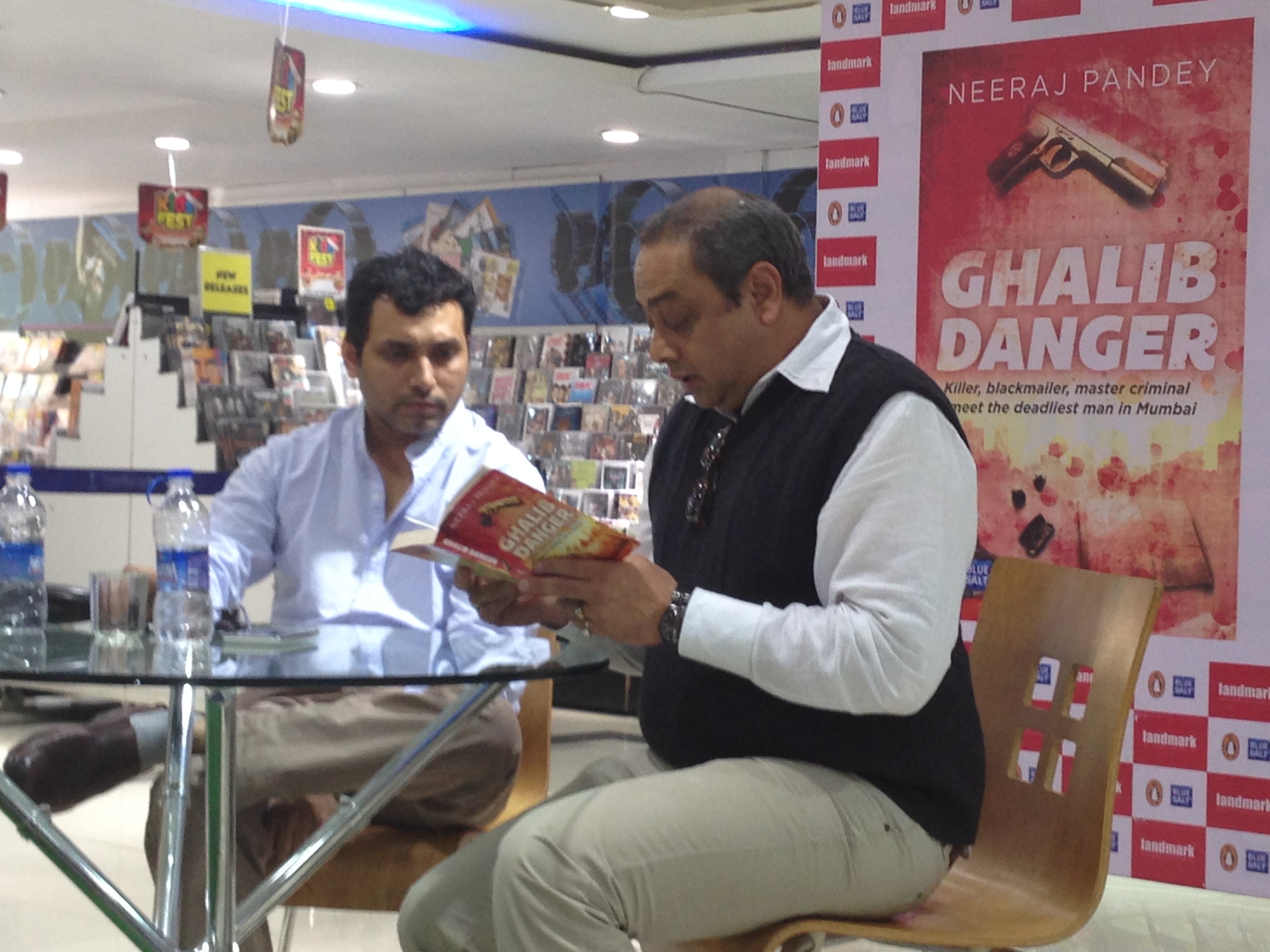 Starting the day with a hearty breakfast at The Royal Orchid Hotel, Neeraj was accompanied by Sachin Khedekar, his close friend and associate, who also played a vital role in Neeraj’s films. To capture the attention of audiences, Sachin read excerpts from the novel at special events organized for the youth at the Symbiosis Institute of Mass Communication, Viman Nagar and for Neeraj’s fans and avid book readers at the Landmark Bookstore, SGS Mall.

“Ghalib Danger” is a gangster saga revolving around the life of its main protagonist Kamran Ali. A young taxi driver by profession, Kamran stays in Mumbai and dreams of making it big someday. However a twist of fate awaited him as on an eventful day his life transforms when he saves the life of a notorious underworld don called Mirza. As an act of gratitude, Mirza takes Kamran under his tutelage.

“Writing has always been a passion and when the story of Kamran and his world took shape in my mind, I knew that only a book would do full justice to it. It’s a story of destinies that collide and shape the world of our characters.”

“Ghalib Danger” is co-published and distributed by famous author Hussain S. Zaidi’s Blue Salt and Penguin Books India. Copies of the book are out in stores now.