Bollywood now features songs that are bigger in terms of production and money spent than some complete films. Such a song is Malang from one of the biggest anticipated releases of 2013 – Dhoom 3. The budget for the song is roughly about 5 crore plus. The song was shot at Reliance studios. It was a humongous set which took nearly two months to be created. Even the costumes for the song were elaborate and sourced from the US itself. 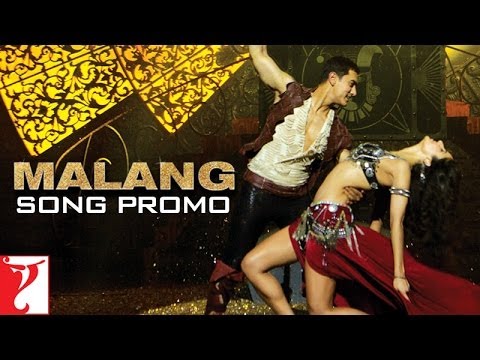 Malang stars  Aamir Khan and Katrina Kaif and they perform some intensifying stunts as gymnasts providing a sensuous acrobatic feel to the theater styled music video. It is the first time in the history of Bollywood that a song has only been promoted with its promo and a song has its own trailer. To watch the complete song with its amazing visuals, you have to go see Dhoom 3 in theaters releasing all over on the 20th of December! Looks like this song is “worth” seeing, as it costs this much money! Let’s hope it lives up to it’s expectations!

Watch the promo for Malang here –