Award-winning director Kamaleswar Mukherjee has won acclaim for his many films but now tackles his most ambitious motion picture to date bringing to screen an iconic adventure novel thought to be un-filmable in Chander Pahar (“Mountain of the Moon”) which opens in US theaters with English subtitles on January 10, 2014.

The filmmaker, who recently won the Centenary Award at the 2013 International Film Festival of India, sat down to discuss the making of this highly anticipated movie in this new interview below!

Q: How did taking on a project like Chander Pahar differ from past films?

Mukherjee: It certainly was very different from the films I have done in the past. My earlier films had received immense applause from critics; I felt that they were commercially unviable. With Chander Pahar, I took on a competent, commercial film that would both be accepted by the critics and loved by the audiences.

Q: Tell us about how important this book is to you and what drew you to bringing it to the big screen.

Mukherjee: Like most other Bengalis, I read Chander Pahar at a very young age and was captivated by Shankar’s adventures in search of Richtersveld. It is one of the best works on adventure and exploration in Bengali literature, perhaps even in Indian literature. Bibhutibhushan Bandopadhyay has gifted us numerous stories with immeasurable imagination that would be masterpieces and I will always be grateful to the laurel of Bengali literature. 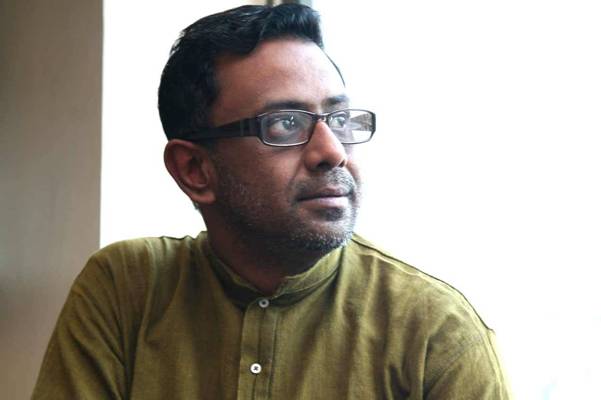 Q: How challenging was it to be in Africa for an extensive shoot and what were some of the most difficult parts?

Mukherjee: First of all, putting Chander Pahar on screen was a challenge in itself. Many ace directors before me, including Satyajit Ray; have often pondered on the idea of Chander Pahar on screen. Their projects met with obstacles. As for me, I am thankful to the producers, Shree Venkatesh Films, for leaving no stone unturned and supporting me throughout the execution days. The most difficult part, if I was to say would be filming the sequences with the untamed lion, the deadly black mamba and the African elephants. Also, the rock climbing sequence was a very challenging job for both the cast and the crew. Apart from these, filming in the harsh African terrain also posed quite a few challenges as the environment kept getting the better of everyone on set. 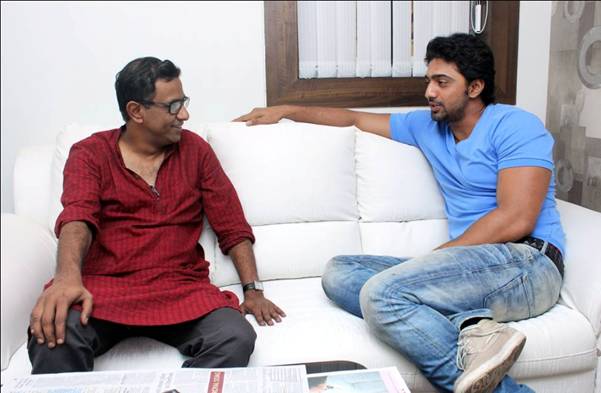 Q: What was it like directing Dev and how was he on the set?

Mukherjee: For Dev’s first alternative role, he was amazing. Given his physique and appearance, he already looked like what Bibhutibhushan Bandopadhyay described Shankar as. Then the effort he put forward to fit in the role, right from learning horse riding & rock climbing taking risks with snakes, lions & elephants, was extraordinary. Along with all these, he also gave an acting performance that he had hardly ever done before. You get the feeling that Dev, along with Shankar transforms from the naïve rural boy craving adventure to a survivor against all odds. And towards the end of the movie, where there was no one else in the frame, Dev carried the movie solely on one of his best performances ever. I am happy and grateful to have worked with an actor with such dedication.

Q: Any special message for fans in the US?

Mukherjee: Chander Pahar and Bibhutibhushan Bandopadhyay have remained very close to the hearts of Bengalis. Often many have wondered why Chander Pahar was never adapted for the screen or whether we, the Bengal film industry lacks the courage and commitment to do so. Well, the industry has certainly shown the courage to embark on a journey from which there is no turning back. Chander Pahar releasing in USA came as very good news to me. I was told that the Bengali communities there are anticipating the film very much. It is a story that almost every Bengali has read, Shankar, a character every Bengali has connected with. I just hope that the audience more than appreciating the hard work, connects with Shankar on screen, traverse the treacherous African continent and live in the greatest adventure ever penned down. 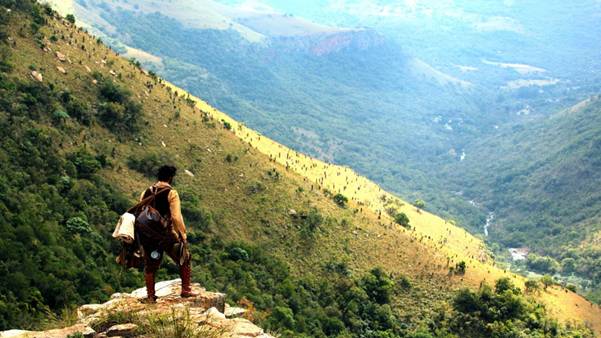 Be sure to keep it locked on Urban Asian for more updates on Kamaleswar Mukherjee’s Chander Pahar!