As 2013 comes to a close, we take time to reflect and remember those that are no longer amongst us.  Bollywood lost many notable celebrities who each contributed to the world of cinema in their own unique way.

Shamshad Begum: On April 23, 2013, we lost one of the first playback singers at the age of 94. From the 1940s to 1970s, she entertained audiences with her classics like ‘Leke Pehla Pehla Pyar’, ‘Kahin Pe Nigahen Kahin Pe Nishana’, ‘Mere Piya Gaye Rangoon’, ‘Kabhi Aar Kabhi Paar’ and ‘Kajra Mohabbat Wala’.  She was conferred the Padma Bhushan award in 2009. She also mentored many legendary singers such as Lata Mangeshkar and Kishore Kumar. 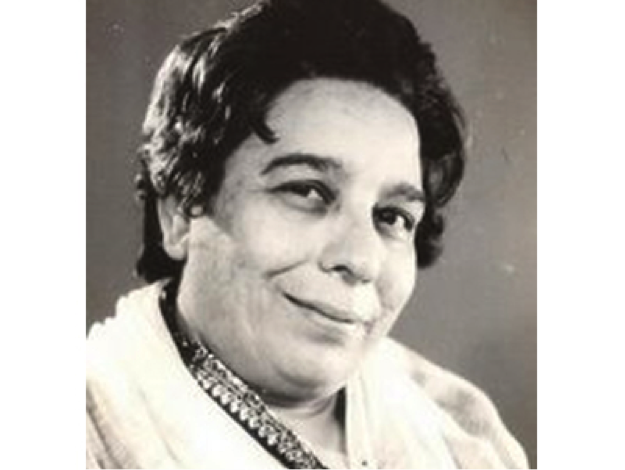 Described as the “King of Melody” by Prime Minister Manmohan Singh, Manna Dey passed after a prolonged illness on October 24, 2013.  During his lifespan, the legendary singer received the Dadasaheb Phalke Award, the National Film Award for Best Male Playback Singer, the Padma Shri, and the Padma Bhushan.

Dey sang in all the major regional Indian languages, though primarily in Hindi and Bengali.  He sang more than 3,500 songs.  Along with Mohammad Rafi, Mukesh, and Kishore Kumar, he made up what was known as the “famous quartet of singers” who dominated the Hindi film music industry from the 1950s to 1970s. Dey’s distinctive voice was used for some of the biggest Bollywood names at the time like Raj Kapoor, Rajesh Khanna and Dharmendra. His most famous songs include ‘Zindagi kaisi hai paheli’ (Anand), ‘Pyar hua ikrar hua’ (Shree 420), ‘Yeh raat bheegi bheegi’ (Chori Chori), and ‘Yeh dosti hum nahi todenge’ (Sholay). 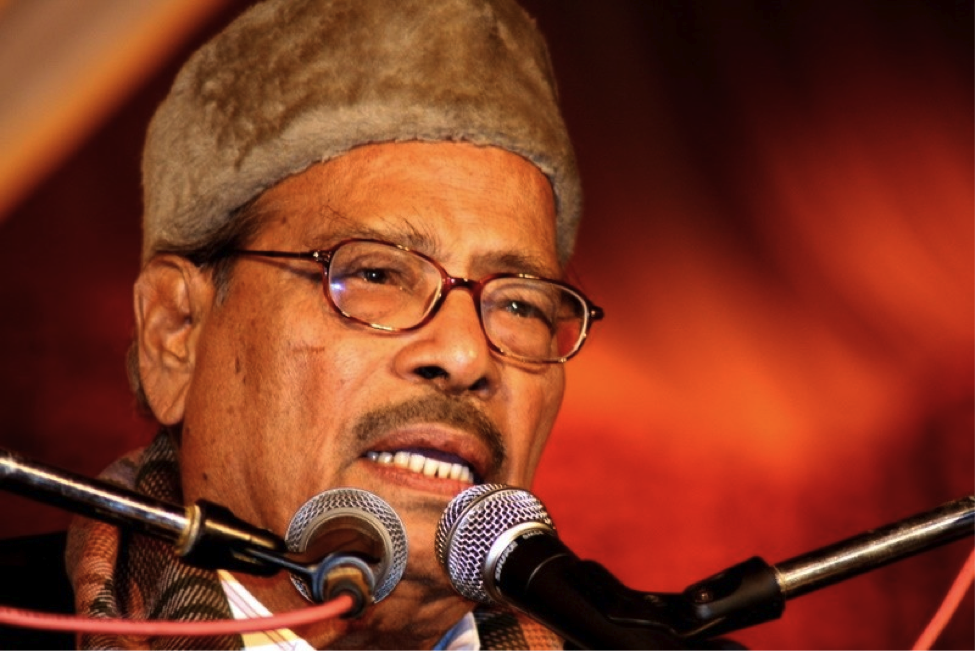 Jiah Khan: The most shocking death for Bollywood occurred on June 3, 2013:

The 25-year-old actress, best remembered as the ‘Nishabd’ girl as well as for roles in ‘Ghajini’ and ‘Housefull’, was found hanging at her flat in Mumbai.  The case drew enormous media attention after an investigation was launched due to the discovery of a six-page suicide note a few days after her death.  In the note, Jiah wrote about the heartbreak she suffered after the end of her relationship with Suraj Pancholi, son of the 80s/90s actor Aditya Pancholi.  While the police claimed it was a case of suicide, Jiah’s mother Rabiya Khan alleged that it was not suicide and sought police to probe the angle of murder.  The public’s fascination with Jiah after her death caused her to be the 89th most searched on google worldwide for 2013. 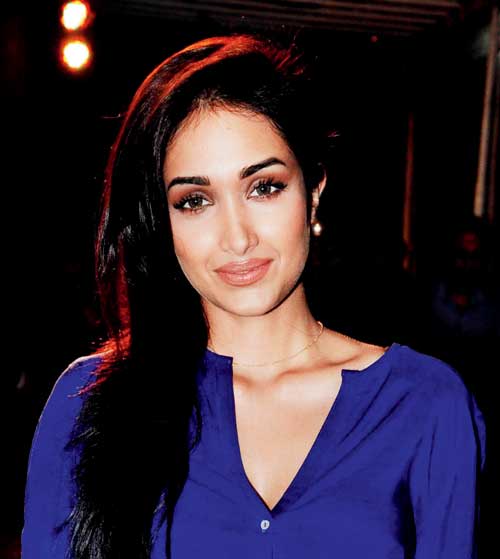 Pran: On July 12, 2013, Bollywood lost an iconic villain and superb actor:  The indomitable Pran Sahab, was a multiple Filmfare and BFJA award-winning Indian actor, known for playing iconic villains from the 1940s to the 1990s. Appearing in over 350 films, he is best remembered for his roles in films like Madhumati (1958), Jis Desh Men Ganga Behti Hai (1960), Johny Mera Naam (1970),Victoria No. 203 (1972), Bobby (1973), Zanjeer (1973), Don (1978), and Amar Akbar Anthony (1977).  Pran also played a key role in the career of Amitabh Bachchan. It was on the basis of Pran’s recommendation that Amitabh, a relative newcomer at the time, was chosen to star in Zanjeer, a movie that would go on to launch Amitabh’s career as the original ‘Angry Young Man’ and provided a pivotal change in Hindi cinema.  They continued their collaborations in a total of 14 films, many of which are considered classics today. In 2001, the Government of India honored him with the Padma Bhushan and the Dadasaheb Phalke Award in 2013 for his contributions towards Hindi cinema.  Fans will always remember his favorite line “Barkhurdaar”. 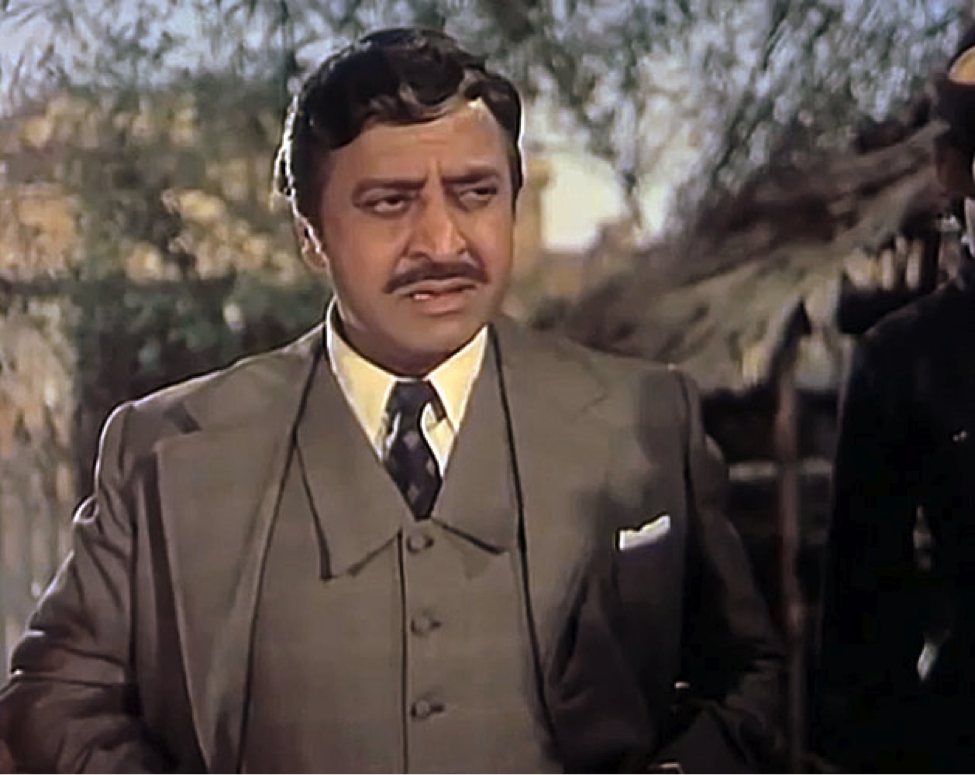 Farooq Sheikh: the 65 year old actor who worked from the 1970s to the 1980s, and starred most recently in this year’s ‘Yeh Jawani Hai Deewani’, passed away from a sudden heart attack while in Dubai.  He was also the host of the popular TV show, ‘Jeena Isi Ka Naam Hai’ on which he interviewed Hindi film stars.

When audiences watched a Hindi movie during the 1970s to 1990s, they expected Jagdish Raj to play the police inspector, a role he covered in over 100 films and earning the Guinness World Record for being the most type-cast actor. At the age of 85, he passed away on July 28 following a respiratory ailment. 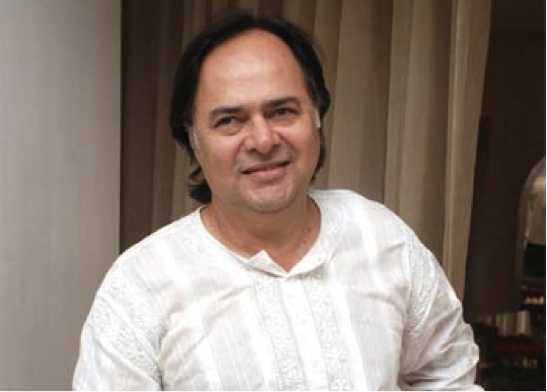 On November 6, 2013, one of the most famous celebrity chefs of India, Tarla Dalal passed away after a brief illness at the age of 77.  She had arrived on the culinary landscape 40 years ago, before television reached many parts of India.  The author of over 100 cook books, she was awarded the Padma Shri in 2007. As India’s first masterchef, she hosted several cooking shows. 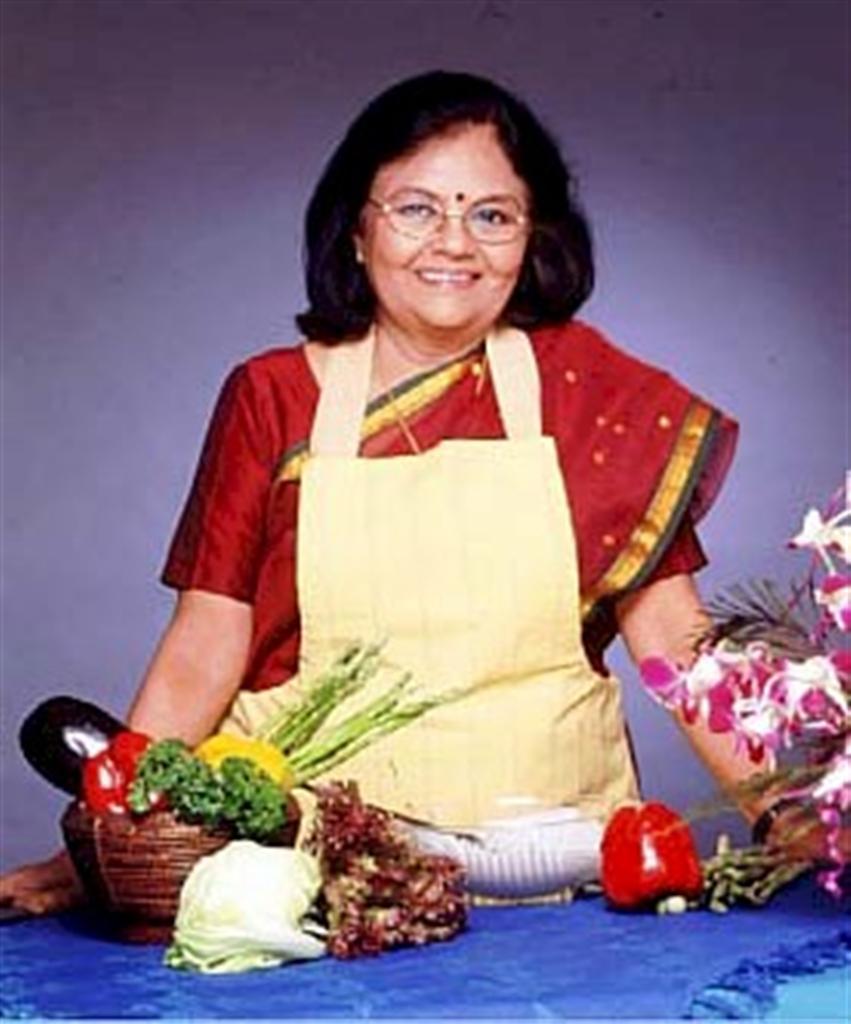 Reality tv lost a star when Indian Idol 2 winner Sandeep Acharya passed away at the age of 29. Acharya was the winner of the popular singing reality show in 2006. According to reports, Sandeep Acharya had been suffering from jaundice for two weeks prior to passing away. 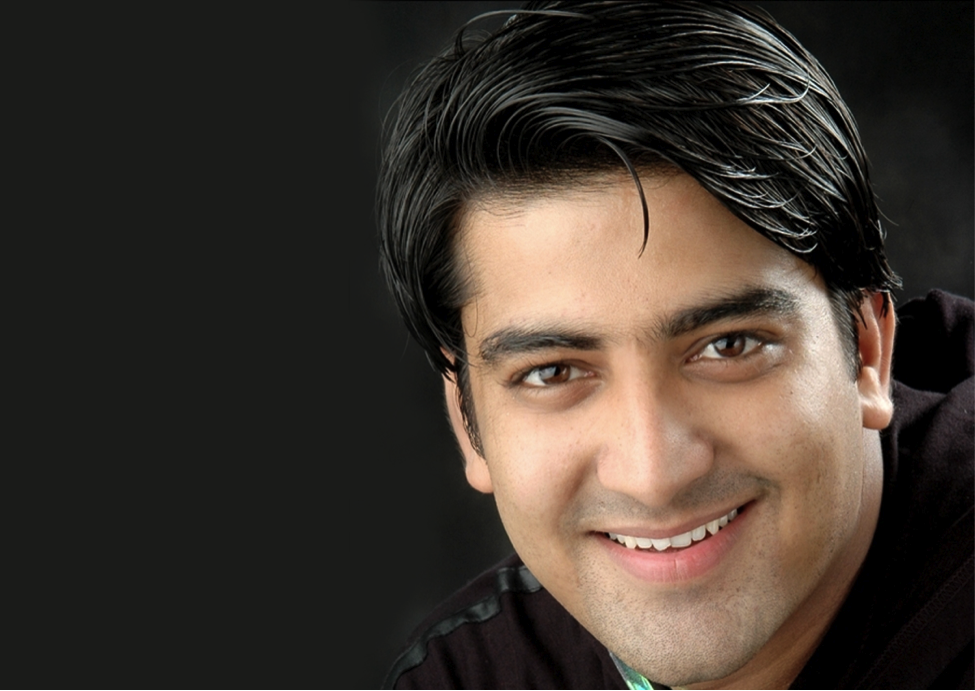 Abir Goswami:  On May 30, 2013: Primarily a television actor,  Abir Goswami,  was last seen in the Star Plus serial, ‘Pyar Ka Dard Hai’ as Kailash. His previous work included other TV serials such as ‘Kkusum’ and ‘Yahan Main Ghar Ghar Kheli’.  He also worked in films such as ‘Khakee’, ‘Lakshya’, and ‘Darna Mana Hai’.  Abir passed away from a heart attack at the age of 37. 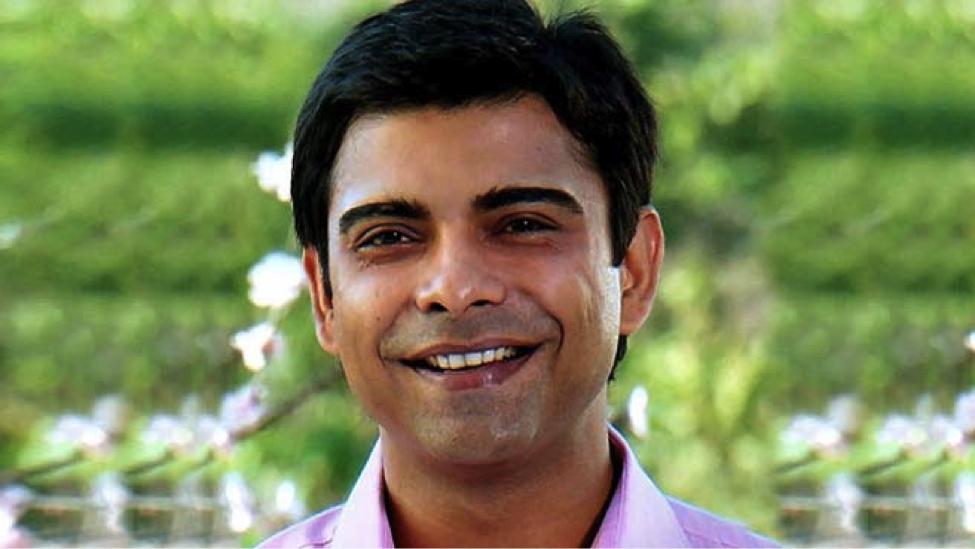 An Indian Bengali film director, his notable films included Unishe April, Dahan, Raincoat, and The Last Lear.  His films focused on womanhood and the issues faced by women in different areas.   Over the span of his career, he won several national and many international awards.  He also has the distinction of being the only director to have worked with every member of the Bachchan family. 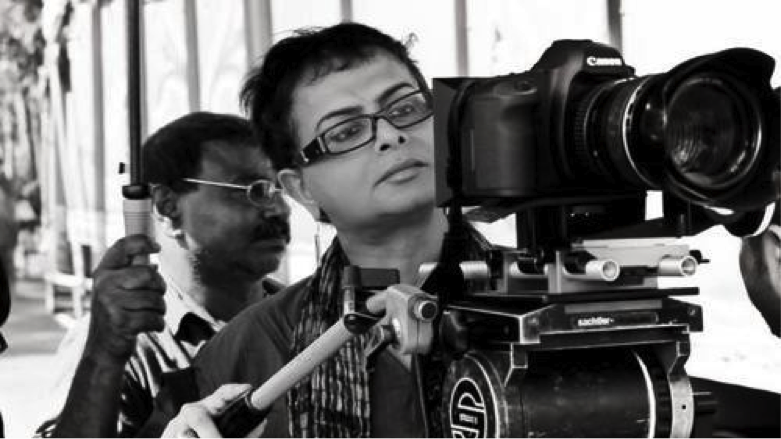 May you all rest in peace as these people have contributed so much to the Hindi Cinema! God Bless!