It was recently seen that the anchors of the dance show Karan Wahi and Gautam Rode had donned a bowlers hat like the one Aamir is seen wearing in Dhoom 3. The actor and his hat have just become inseparable; hence whenever we see the hat it reminds us of Aamir Khan in Dhoom 3. The actor’s character in the film is required to wear the hat and it draws great significance. Aamir Khan’s hat has travelled various places which is one of the key promotions carried out by the makers. The hat has become one of the key marketing tools in the promotional activities carried out by the makers. 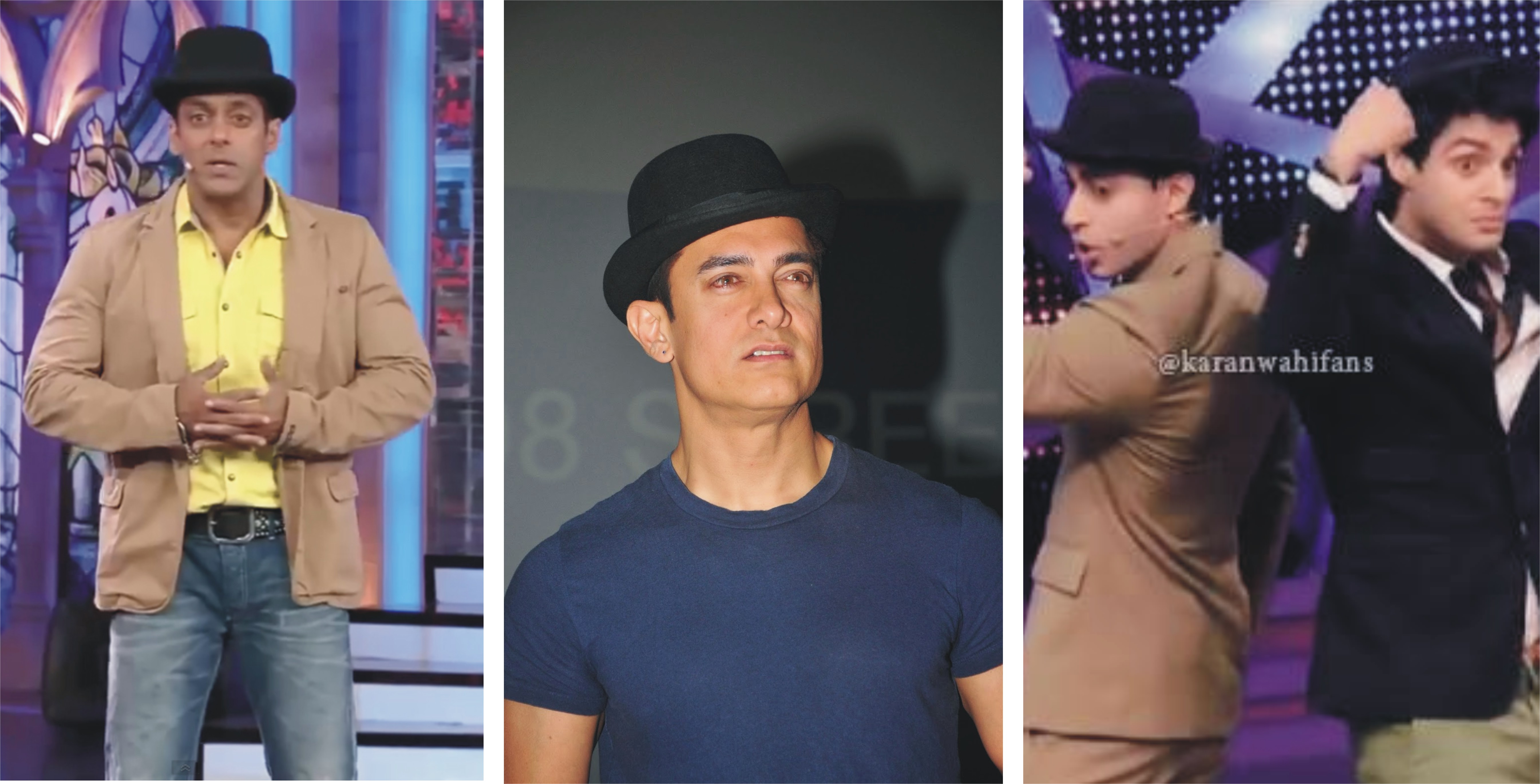 Salman Khan donning the same hat in his reality show had created immense buzz with him signing the show off by the tagline “Dhoom Machale”. Now it’s the dance reality show which is seen promoting Dhoom 3 extensively. Dhoom 3, regarded as the biggest film of the year 2013 has generated immense buzz with its songs and it being Aamir Khan’s next release, is eagerly being waited for. The film is set to release on 20th December. Are you ready to be Dhoom’ed!