All right Bigg Boss 7 fans, it’s the final week of this controversial reality show on Colors TV Channel!  The Top 5 contestants have been selected, and all us fans have to do, is wait for the action to unfold and the final winner to emerge.  The one individual I thought would win (or at least be top 2) was Kamya Punjabi, but her shocking exit changed the dynamic of the game.  So, based on who is left in the house, here is a list of the Top 5 in the order I’m hoping they win — #5 – Ajaz Khan, #4 – Sangram Singh, #3 Tanisha Mukherjee, #2 VJ Andy, and #1 Gauhar Khan.  Read on below for my reasoning for this order, and let me know if you agree or not! 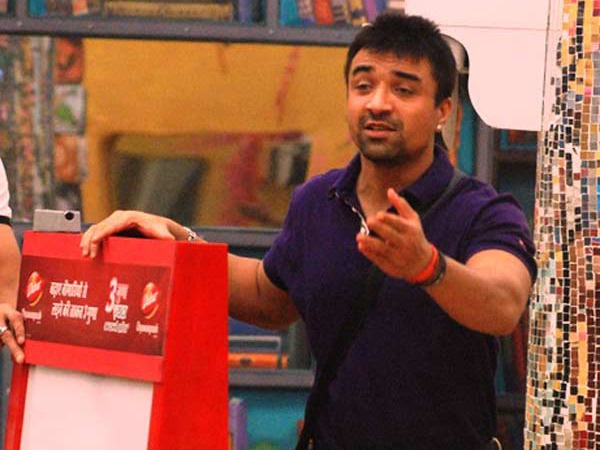 At #5 – Ajaz Khan – Ajaz entered the house as a wild card contestant and has managed to get through to the number 5 position.  Although he thinks he is the most entertaining in the house, he seems to be the most scheming and fake.  If he were to be likened to an animal I’d suggest he were a dung beetle, because he just moves sh*t from one part of the house to the next.  That is, he is the resident gossip and sometimes manipulates the truth to manipulate the other players’ perspectives.  He has indeed had some funny moments in the house, has a lovely singing voice, but his gossip spreading nature has completely countered any hilarity he produced in the house.  Moreover, his “devdas” (spurned lover) attitude with regards to Gauhar seems contrived and fake.  After all, Gauhar has never encouraged him and it has been evident that her love is Kushal Tandon.  So, Ajaz, a contestant who initially seemed like he’d provide some really fun moments in the house, ended up falling prey to himself.  In his quest to play the game and be a game player, he lost himself somewhere along the way.  Unfortunately, he never showed viewers his true self and never managed to take off his naqab (mask). 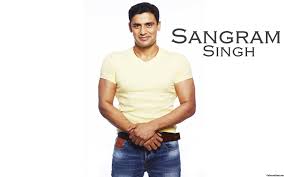 #4 – Sangram Singh – If I had made this list a couple weeks back, I would have placed Sangram at #1 or #2.  However, after witnessing his cockiness upon becoming captain, I bumped him down a couple notches.  Moreover, in the clips that were shown during the journalist episode, it was evident that he has simply said what was needed in a given context without truly being honest or real, and he has talked smack about a lot of people (including his so-called friends like Andy).  Plus, he has managed to stay in the shadows, hasn’t appreciated the power women have (think to the Eli episode where he genuinely lost against her but refused to accept it claiming he fell on purpose; and the great box battle with Kamya), and has not actively participated in Bigg Boss 7 (in the way that someone like Gauhar, Andy, or Kamya have).  As such, he lands at #4 in the list. 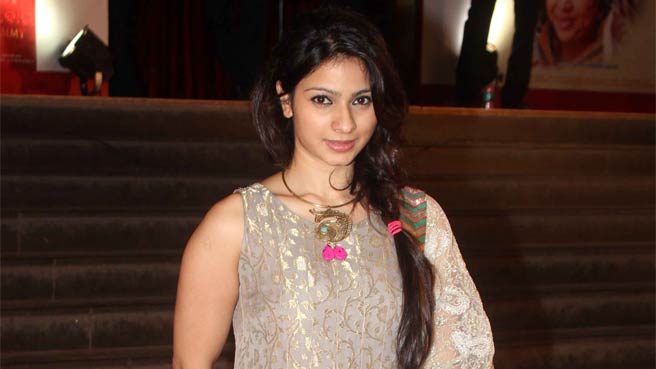 #3 – Tanisha Mukherjee – I’m sure many will be surprised that I ranked Tanisha above Sangram, however, I think that in comparison, she has been honest in the game.  Yes, she ended up being Armaan’s shadow, and yes, no one really understands why exactly she hates Gauhar so much, but she has been true to those whom she considers her friends!  Plus, in many ways, it was a good game move for her to latch onto someone like Armaan to skate through to the finals.  So, although I don’t think she should win the whole game, she can fall at the #3 position for playing a decent game. 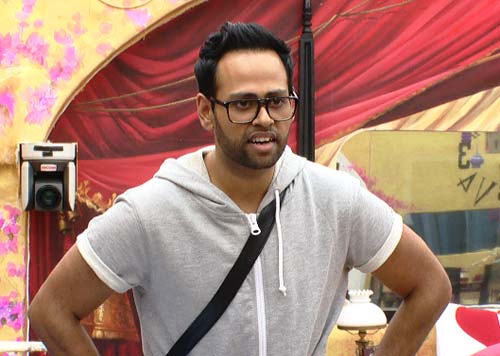 #2 – VJ Andy – Andy’s had his highs and lows in the game. There have been times when he’s played the game rather insanely – as in when he’s gone overboard in their tasks. Yet, he seems to have an honest heart and tends to forgive and forget.  He is the only contestant who has not gotten locked into any cliques.  Rather, he has been everyone’s friend and support at one time or another.  He’s provided some entertaining moments and has been actively playing the game since day one.  If not Gauhar, Andy should win for playing the game with his heart, and not simply hiding in the shadows. 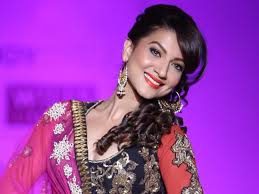 #1 – Gauhar Khan – It’s a close call for me as to whether Andy or Gauhar should win.  However, Gauhar edges a bit to the lead because of the strong and consistent game she has played since the beginning.  She has never done anything to intentionally upset anyone.  Despite Tanisha’s disdain for her, she has tried to stay cordial (e.g. she even helped Tanisha down from the platform in their bottles task, went to support her when Armaan was first taken out of the house, etc.)  She seems to be the least fake in the house and has tried to stand up for what is right vs wrong (think back to all the times she’s yelled at Kushal for doing something stupid).  Even when Kushal ran at Andy during the famous fight, she was the only one physically trying to stop him.  Plus, in tasks where the boys kept putting garbage and deodorant in the boxes, she always tried to reign in their insanity.  Moreover, she gets props for maintaining her composure in every Saturday episode when Salman grills her and focuses on her.  So, I think she deserves to win!

Overall, Bigg Boss 7 was one of the weaker seasons in terms of drawing in the audience, but for those of us who survived all the episodes, it’ll nonetheless be exciting to see who wins.  What are your predictions?