In a first, Bollywood superstar Akshay Kumar makes an appearance on the show After much ado, Karan Johar, the host of one of the most popular celebrity chat shows in India, has managed to entice Bollywood superstar, Akshay Kumar onto his star-studded couch for the very first time in four seasons. The show has hosted some of the biggest names in Bollywood, with several A-list stars pouring their hearts out to the charismatic interviewer. 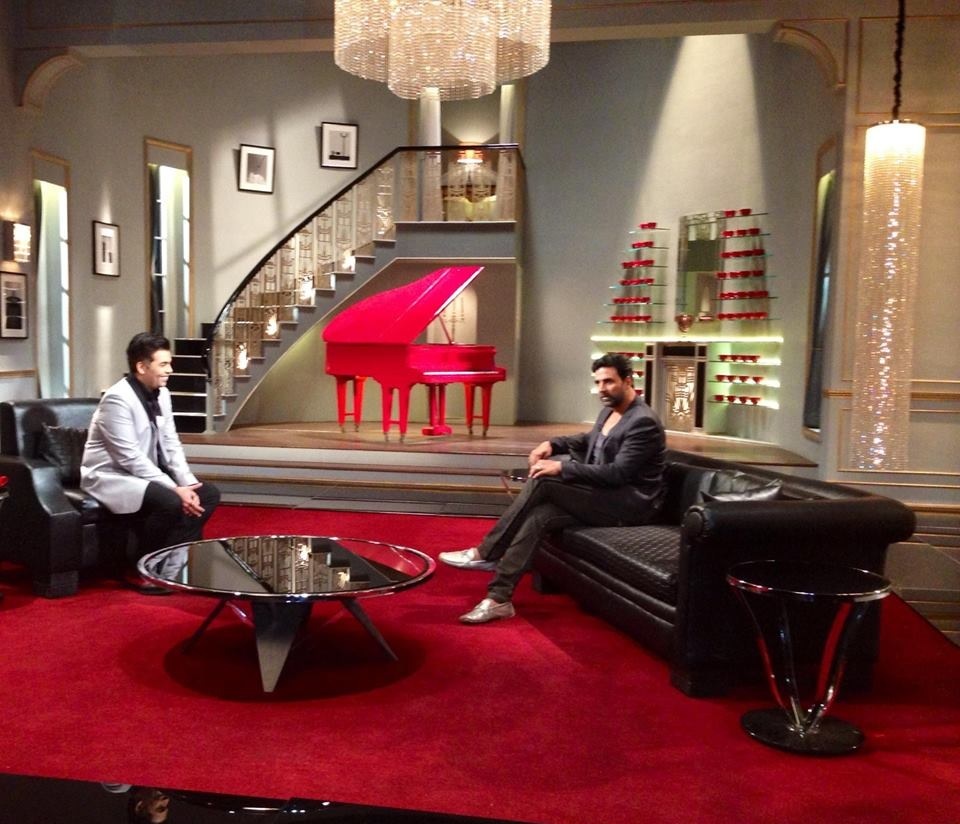 Viewers across the world have been ecstatic since the announcement of Akshay’s attendance on the show and have been tweeting anticipatory messages on social  media websites.

Also, it is said that Akshay Kumar might be the only guest on the show after the rumour mill went into meltdown at the prospect that he may be joined on the spacious sofa by his real-life wife Twinkle Khanna.  The forthcoming special show has fans across the world in joyous mood, with the host with the most Karan Johar excitedly tweeting:  “Akshay Kumar in the Koffee house Today”.

Akshay and Karan share a great camaraderie and they will soon be working together on a joint production. Akshay reportedly refrained from appearing on the show, as he was concerned that he might not get into the vibe of the show. A source close to the star commented that Akshay apparently said that he (Akshay) is “boring and non-controversial and that’s why he may not be the best choice for Karan’s show.’

Commenting on his appearance on the show, Akshay tweeted,

‘Not a coffee drinker but here I am on the sets of Koffee With Karan, with Karan trying his best to make it a steaming one.”

Seems like this episode of Koffee With Karan will be the most memorable of the year, with a generous splash of zany humour, amusing anecdotes and candid revelations. So don’t forget to watch your favorite star make his debut on the most talked about celebrity chat show. The episode is all set to air this weekend!