Following up on its teaser trailer that generated over 30 articles in the horror community and earned the only horror film panel at Stan Lee’s Comikaze Expo 2013, WithanO Productions just released the theatrical trailer for its upcoming “Muck” film. “Muck” stars the horror legend Kane Hodder (“Friday the 13th” 7-10, “Hatchet” trilogy) and the new Scream Queen, 2012 Playboy Playmate of the Year, Jaclyn Swedberg. The trailer will provide a more in depth look at the film.

Muck was filmed completely on the Red Epic in Ultra HD over the course of 19 grueling all-night shoots. Shot entirely on location in the swamps and marshes of Cape Cod, Massachusetts, this dangerous shoot was nearly impossible when you factor in first-time director Steve Wolsh produced “Muck” on a micro-budget of $200,000. Although an independent feature, “Muck” matches the quality of any top Hollywood film. By using the industry’s preferred 4K HD camera, “Muck” images surpassed larger budget indie films even before DaVinci color correction. For the record, the Red cameras used weren’t “stolen”, just “borrowed without asking” and returned with minimal water damage. Moreover, after Universal Studios viewed the first cut of the film, the powerhouse agreed to mix “Muck” for theatre surround sound on the Universal lot. 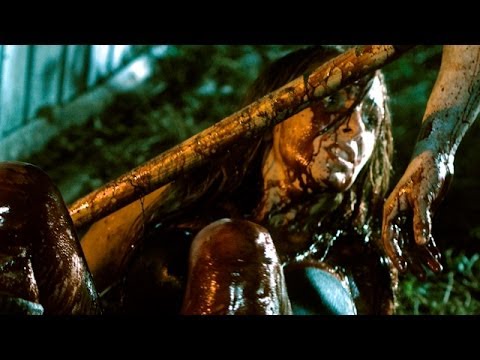 Besides the Horror Legend and Playmate of the Year, “Muck” features an amazing cast of up and coming actors, led by Australian hunk Lachlan Buchanan who has been seen on TV shows “Newcastle”, “Pretty Little Liars”, and “NCIS: Red” and Indian beauty Puja Mohindra. Very few Hollywood films feature strong lead roles for Indian actresses, and this is a first for any American horror film, a breakout role for Mohindra. The “Muck” production did not make it easy on the actors, though. SAG expressed concern during production of this film, stating,

“‘Muck’ is, without a doubt, one of the top 5 most violent scripts we have ever seen come through.”

With concern from SAG, horror fans can rejoice about stunts in the upcoming film. Be sure to check out this horror movie!