As rumors are flying around the country and world about these two locking lips on a future film Ram-Leela, one of Bollywoods biggest critics just had to ask the question which every media out let is craving to know! Well known film critic and journalist, Anupama Chopra who anchors the popular show, The Front Row on Star World presents an Exclusive interview with Ranveer Singh and Deepika Padukone in a crackling Diwali Special! This will be the first time that the actors will be seen together in an interview on the show.

This ‘Diwali Special’ episode of Anupama Chopra’s show The Front Row, will air on the 1st of November Friday at 8:30 pm on Star World…here are some excerpts and pictures! Check out what Anupama had asked the stars of Ram-Leela! 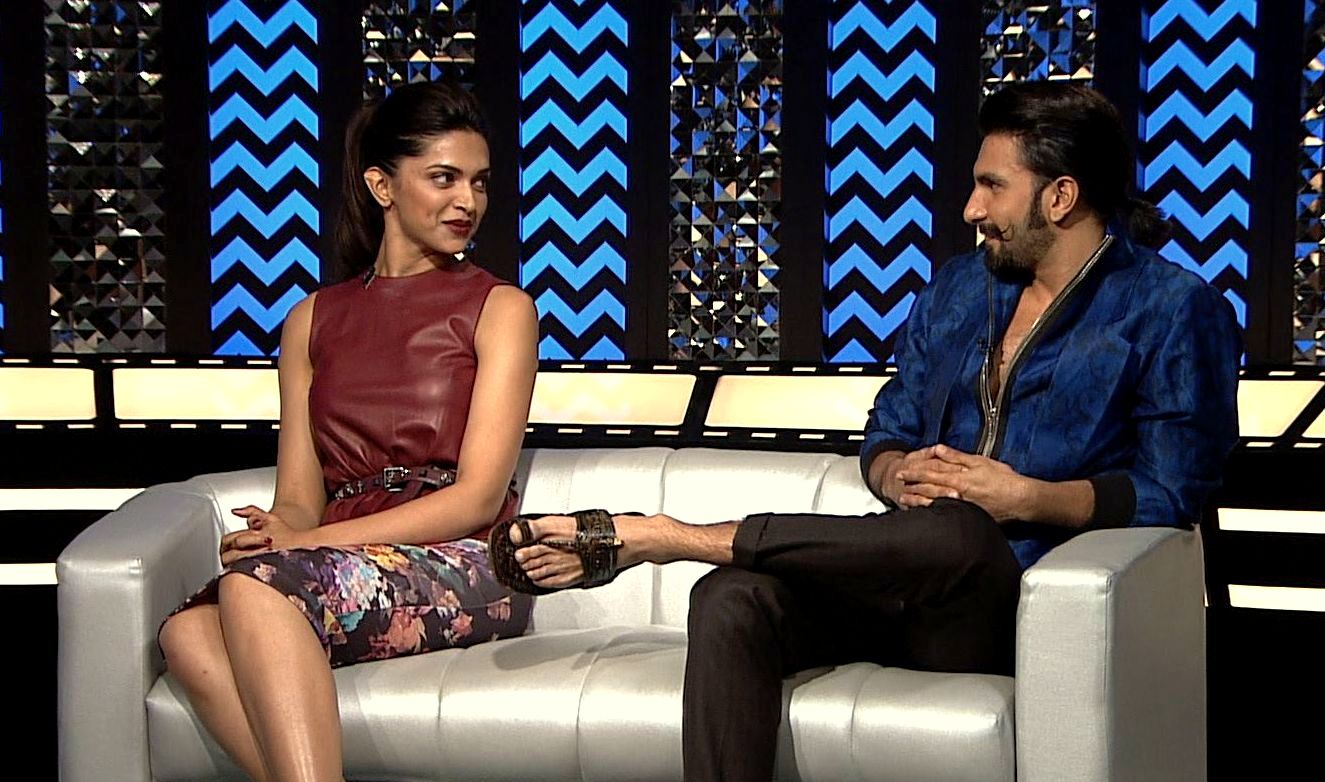 Anupama: There is a lot of buzz, rumors and speculation around all this steam, all this passion. And you are fueling it by saying things like I have lovaria. You are giving interviews like that. And you (Deepika) are not saying anything. I am really confused. What is going on?

Ranveer: That was a day after I got out of the hospital with dengue.

Anupama: You are attributing it to illness?

Ranveer: No, I am attributing it to…

Deepika: It has got to his brain.

Ranveer: I was on lot of medication that day. I would advise any responsible professional to not give public interviews when you are on those many drugs that will make you rather loopy. So let’s leave that particular one. I, in the future, will be more responsible and not give interviews on drugs. 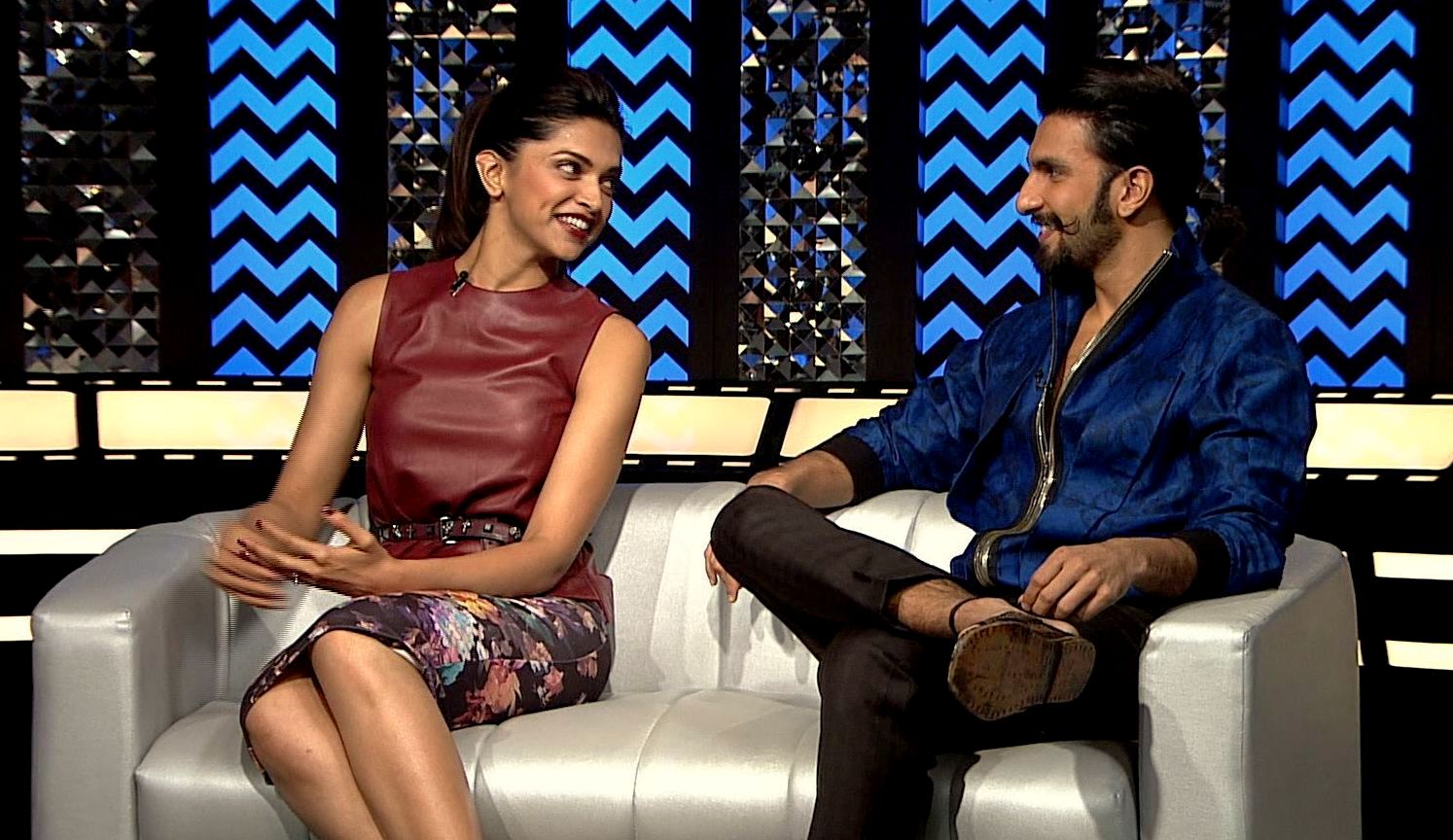 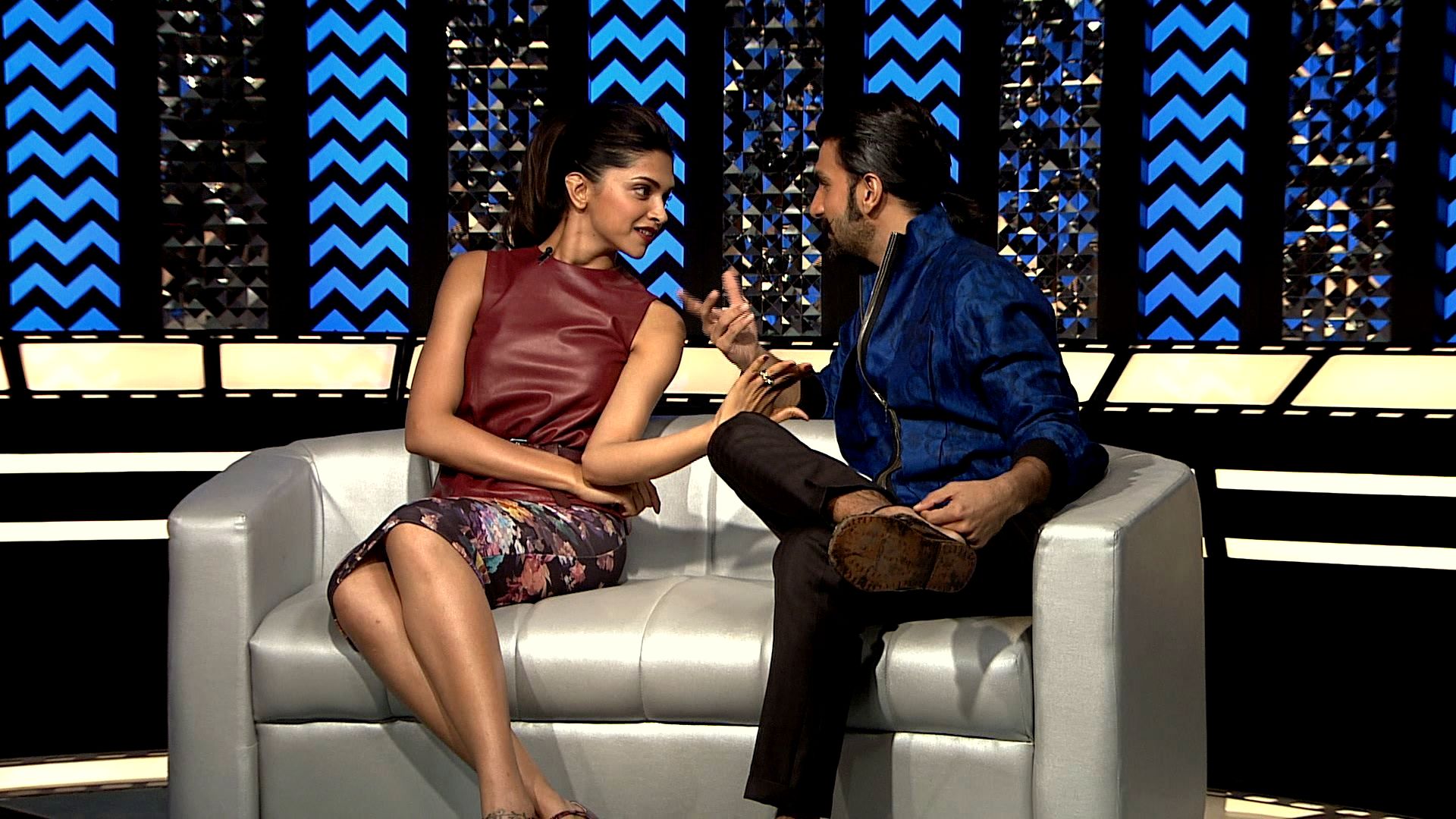 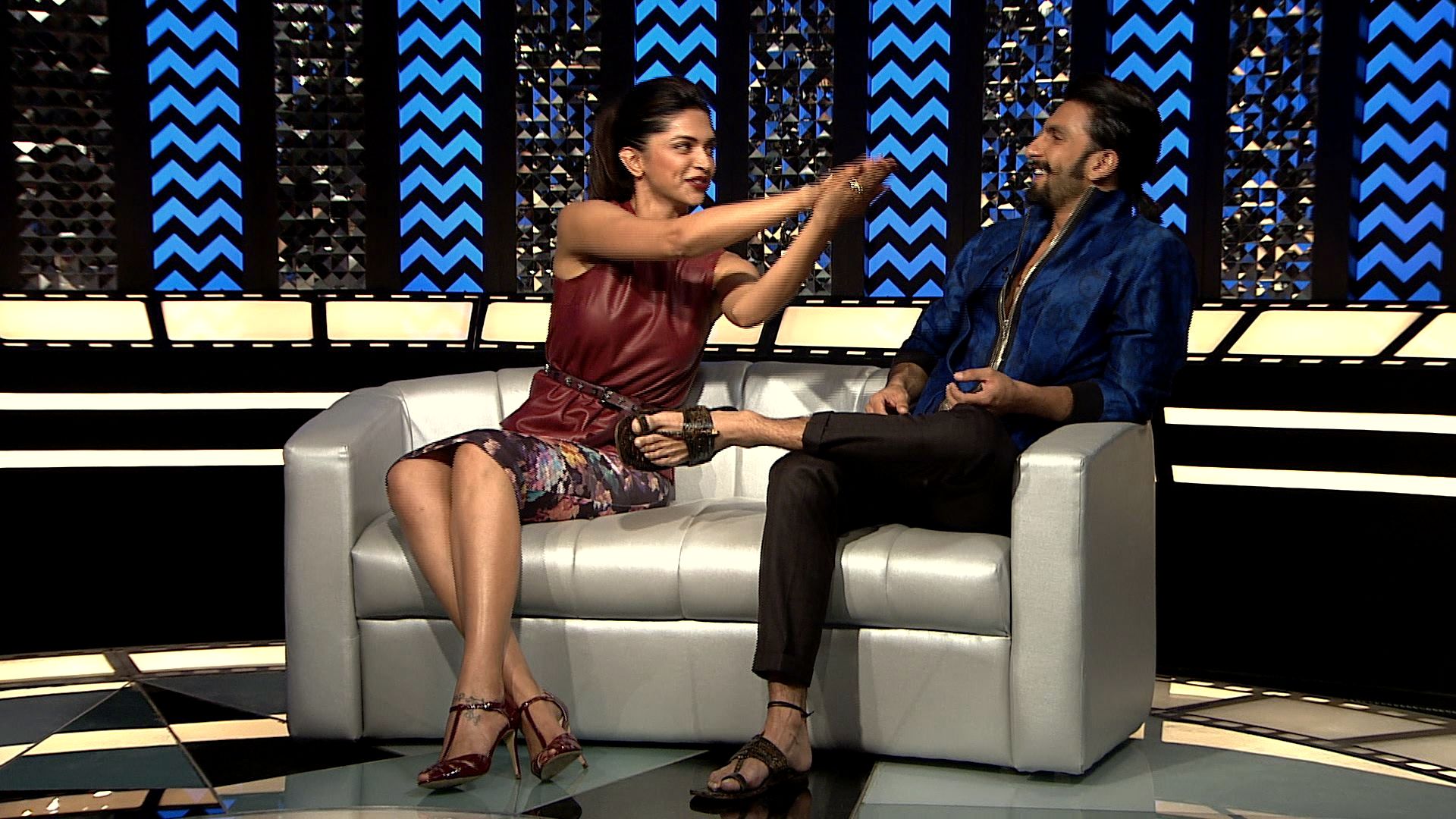 Anupama: Do you get mad when he does things like that? Do you just tell him, “What were you thinking?”?

Anupama: Okay. So officially are you or are you not seeing each other?

Deepika: What you looking at me for? You gave that loopy interview.

Ranveer: I am the irresponsible one. Do you really want me answering this question?

Deepika: Yes, she is asking you.

Anupama: No, I am asking both of you. Your answer is no.

Anupama: And your answer is?

Deepika: I have always said no.

Anupama: Why you both look like you’re completely lying?

Deepika: I think it’s amazing that there is so much speculation about this alleged romance between the two of us. It’s great as long as the film, it works for the film. I think it’s also because from the time we have started working, yes, we did hang out. We do hang out. We do go out and so much is always said about two people just hanging out. But it’s fine. I appreciate that people see this chemistry between the two of us and eventually I think what is the most important, is that it translates onscreen and we have that going for us. I think that’s the most important thing.