Eros International which is one of the leading global company in the Indian film entertainment industry has announced a whopping Rs. 93.58 crores gross weekend worldwide for Sanjay Leela Bhansali’s Goliyon Ki Rasleela Ram-Leela! The colorful Indian take on the classic Romeo and Juliet starring Deepika Padukone and Ranveer Singh in its lead roles, released worldwide on 15th November in over 3,500 screens and grossed Rs. 68.58 crores in India (Rs. 52.75 crores net) and Rs. 25 crores ($4 million) in the overseas markets!

The film took both the Indian and overseas box office by storm by earning Rs. 16 crores nett at the domestic box office on its release day, followed by Rs. 17.25 crores on Saturday and Rs. 19.50 on Sunday. Overseas too, the film had cash registers ringing making it the highest grossing first weekend film in overseas where the weekend does not have extended public holidays. 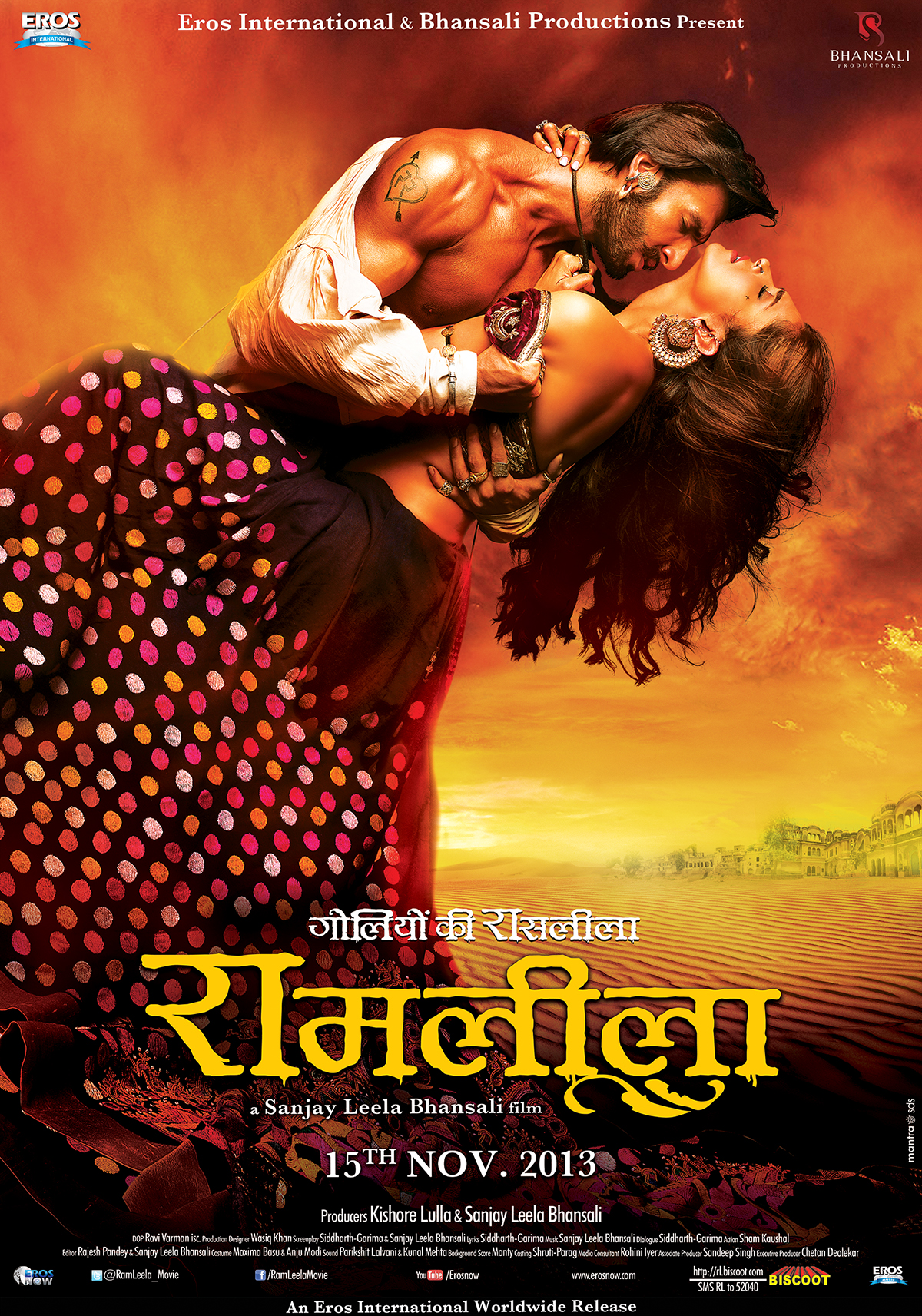 Touted as a masterpiece by audiences and critics alike, Ram-leela is also currently on the 9th spot on the charts in the United Kingdom. Nandu Ahuja, Sr. VP, India theatrical, Eros International Media Ltd said,

“The film has received an outstanding opening and the audiences have spoken. With rave reviews and strong word of mouth, the film promises to continue dancing it way at the box office”.

“With its vibrant backdrop and music already a rage, the film has struck the right chord with international audiences and performed exceptionally well across territories setting new records in the overseas market. Like SLB’s Devdas, this film will resonate with audiences for a long time after its release.”