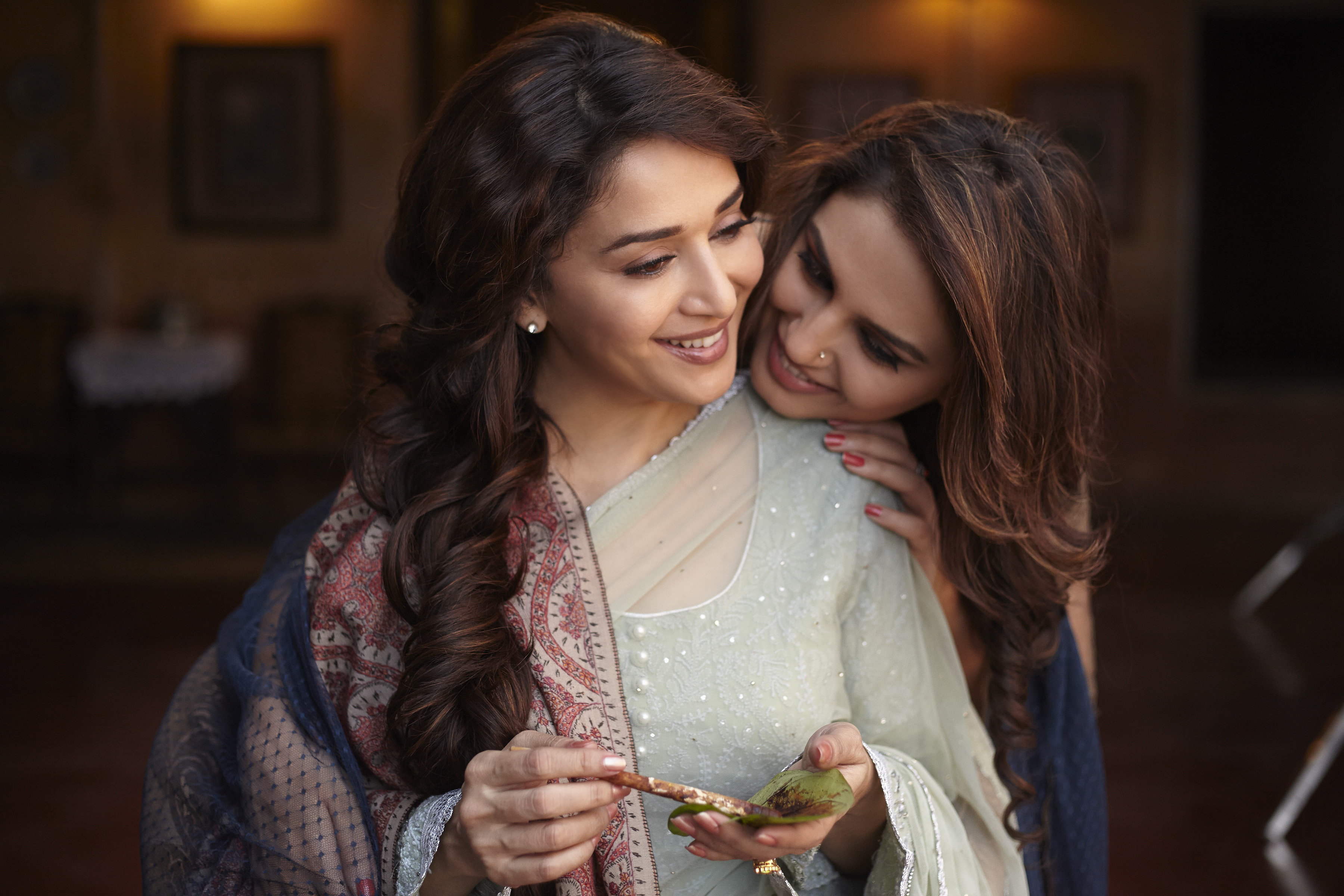 Surprised by the title? Well don’t be because you might be that huge fan as well! Can’t blame you can we? Majority of us who grew up in the 80’s and 90’s enjoyed her and still love her! Well even the owner of this site adores her! She even performed to a song from Dil To Pagal Hai in her teen years. Who hasn’t performed to her amazing numbers or acted out her scenes. She is back on screen this time and some of her co-stars became star struck working with the actress.

Madhuri Dixit is an amazing actress who is super classy and can bring a smile to anyones face when performing. Wouldn’t you agree? Well Huma Qureshi who plays in the upcoming film with Madhuri Dixit thinks so as well!

Huma Qureshi is excited to share screen space with Madhuri Dixit in their new film, Dedh Ishqiya, but her family seems to be much more thrilled. While on the sets Huma and Madhuri had a good time chatting about scenes, the weather, food, etc.

“My family wanted to know what she is like and what we spoke about. We have watched her movies and are big fans of Madhuri. And she is doing a film after a long time, so it was all the more special,” says Huma.

“We (Madhuri and I) talked about our scenes, the weather, food, her kids etc. Despite being the star that she is, she has no airs”, adds Huma.

“I’m sure they’d have loved to, but I would have been too embarrassed. My mother was curious about everything. She would grill me. I had put an embargo on them meeting her, so they might finally meet her at the premiere,” says Huma, jokingly.

The actor, who herself was in awe of her co-star, says,

“Though I joined the film after everyone else was cast, we bonded well. I had many scenes with her and we had a good comfort level. I’m still in awe of Madhuri. I’ve grown up watching her movies and to see her in a film like Dedh Ishqiya, which is quite unlike her previous work, was wonderful”

Huma even shook a leg with the original dancing queen.

“I thought everyone had lost it when they told me about this dance number. I asked them if they were sure about having both of us in the same frame. I’m a good dancer, but I was scared and nervous. We did kathak and were choreographed by Remo (D’Souza),” she says, adding that Madhuri also encouraged her. “She gave me a hug before we shot, that helped, and she’d joke with me saying, ‘I don’t bite’.”

It’s great to see the actress get along with upcoming actresses who are breaking into the world of movies and art. Are you excited for Dixit to be back on screen?