The moment has come as we see Madhuri come back on screen! More and more films are coming back with her name all over it! And we can’t be more excited to see her back on screen! From Dedh Ishqiya to now Gulaab Gang, Madhuri Dixit is back on screen with two films that are set to release! 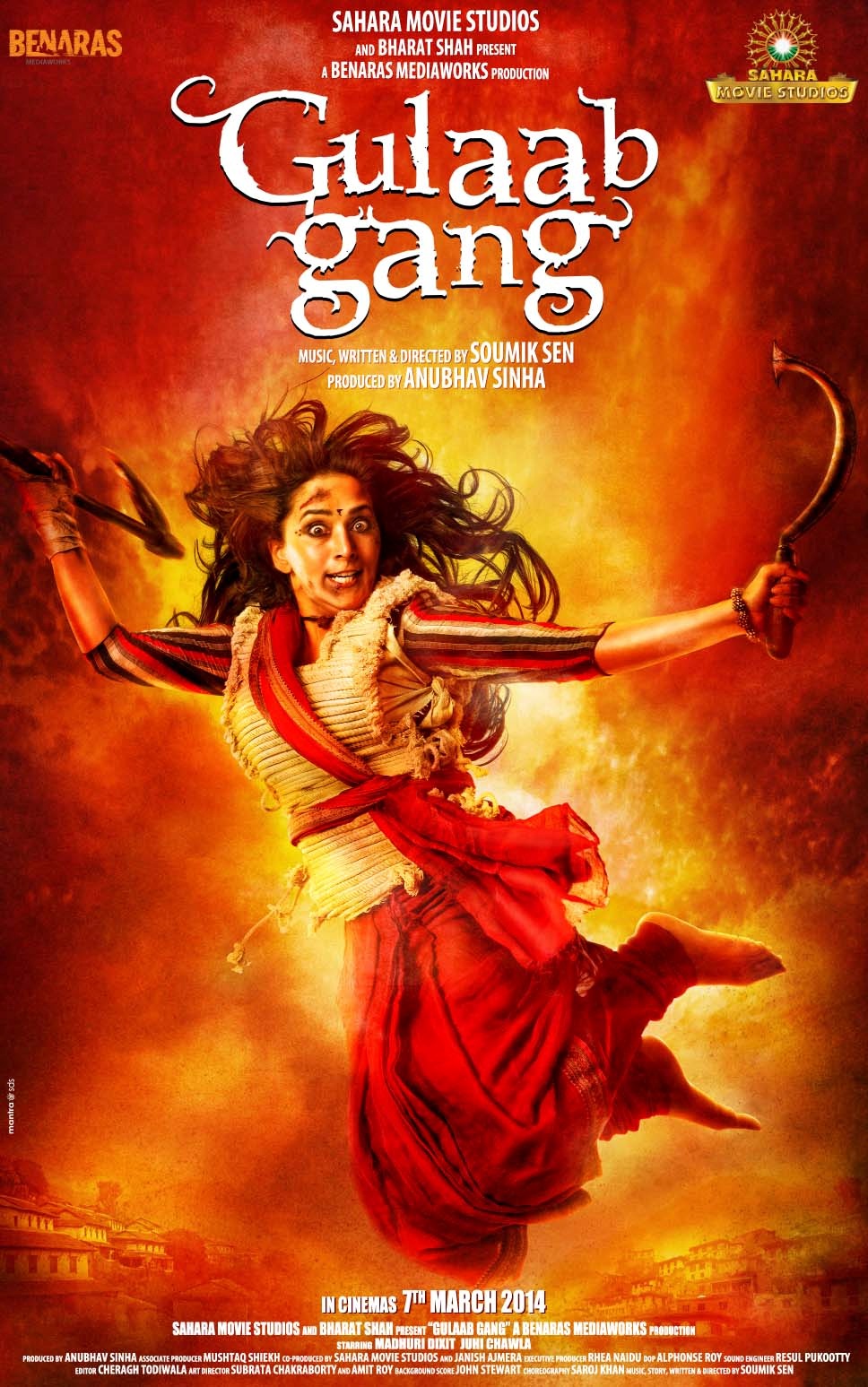 The makers of the much awaited Gulaab Gang have released the first poster of the movie. The film is based on a group of Indian women vigilantes and activists fighting against social injustice, clad in pink saris. The newly released poster reveals the powerful and fierce Madhuri Dixit as she plays the central character who leads the Gulaab Gang.

The poster shows a never-seen-before side of Madhuri as she is seen holding a sickle in one hand and an axe in the other. With a strong line-up of ace actors, the film tells the story of the Gulabi Gang which is active in the Bundelkhand region of Central India. Directed by Soumik Sen, Gulaab Gang also stars Juhi Chawla. Produced by Anubhav Sinha, Gulaab Gang is presented by Sahara Movie Studios and Bharat Shah and is a Benaras Mediaworks production. The film is scheduled to release on 7th March, 2014! What do you think of the poster?