The director of mass entertainment strikes again. Promising to be a Paisa Vasool entertainer, the trailer of R… Rajkumar was released this evening along with the cast and crew of the film. Actors Shahid Kapoor, Sonakshi Sinha and Sonu Sood presented a small skit and played their characters as they delivered some punch-filled dialogues from the film. The actors enthusiastically did their part as director Prabhu Deva joined them to say

Check out the trailer here for the new upcoming film! 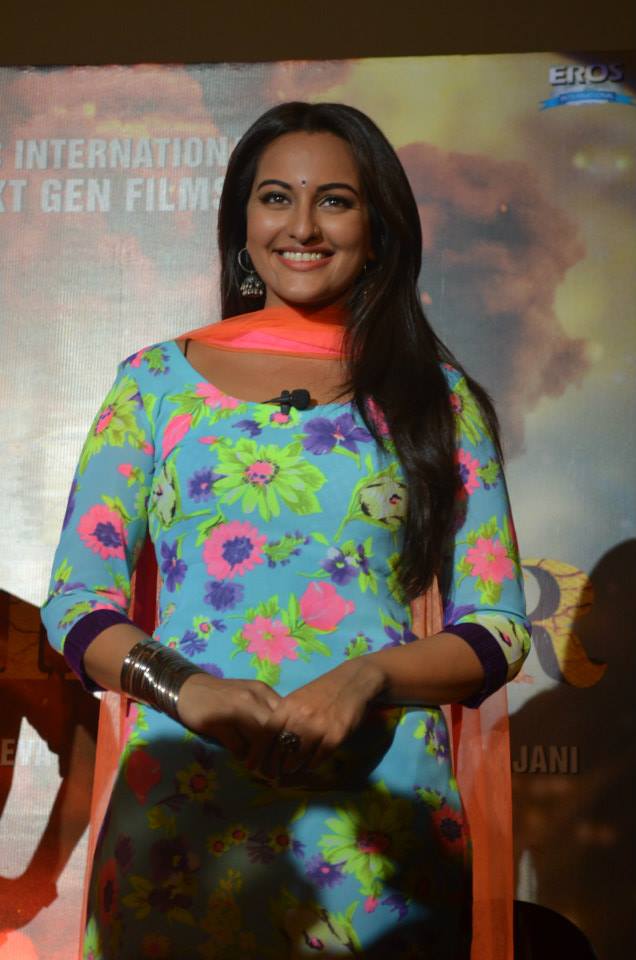 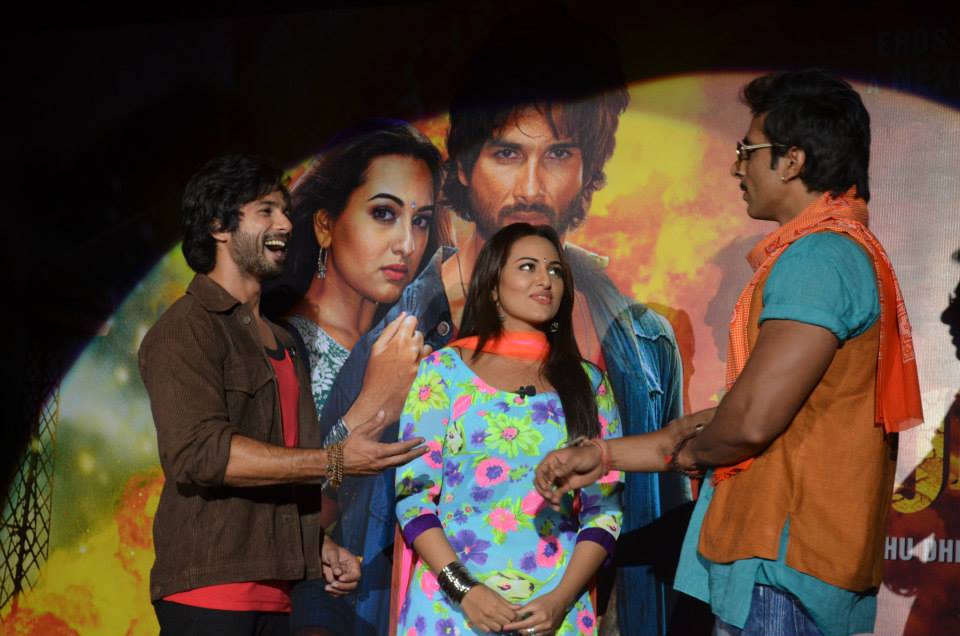 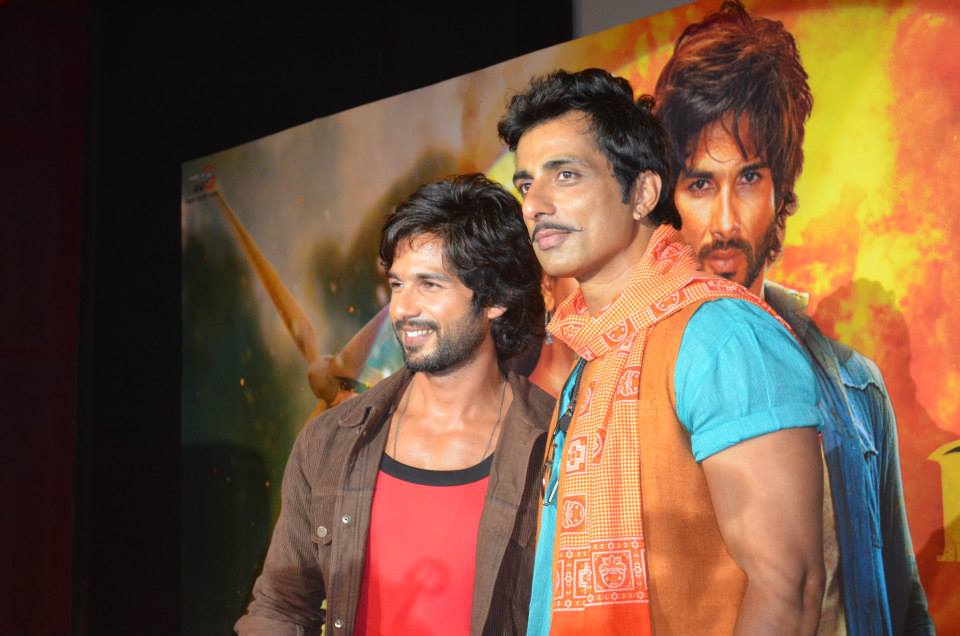 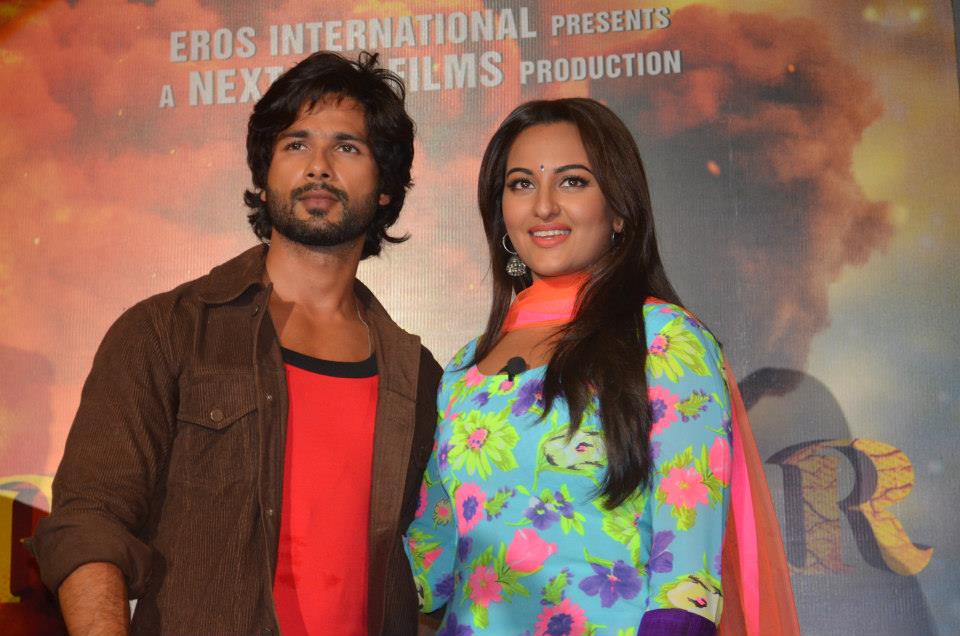 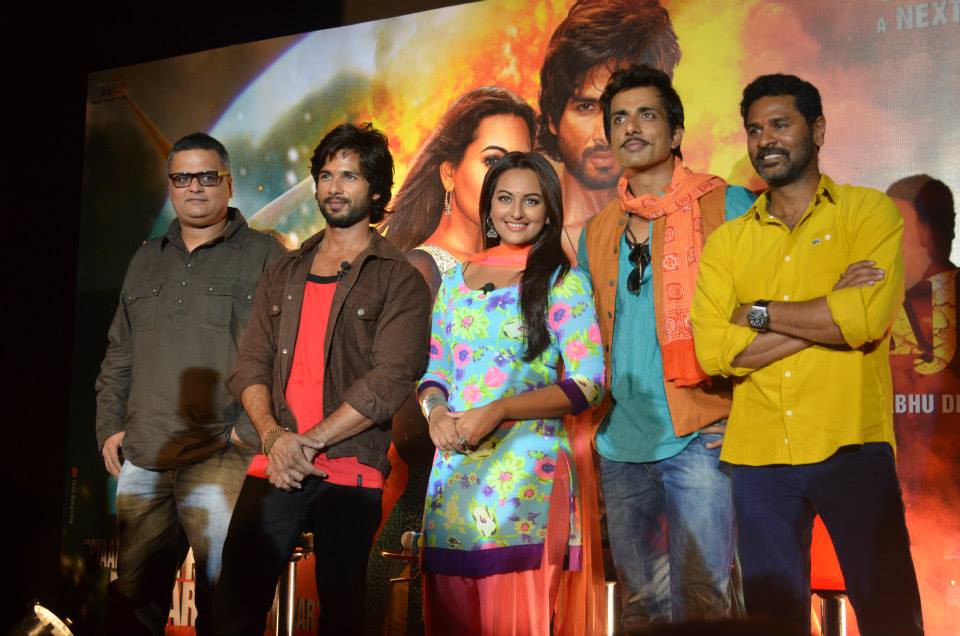 Shahid expressed his enthusiasm to be a part of the film and also spoke about matching steps with dance maestro Prabhu Deva.

“It was a great experience. In spite of me knowing how to dance, it wasn’t easy to learn Prabhu Deva’s style. We have all pushed our limits and broken bones to deliver a perfect shot and it has been an absolute pleasure.” said Shahid.

The actors also shook a leg to ‘Gandi Baat’ along with Prabhu Deva, much to the delight of the audiences. High on action, drama and romance; R…Rajkumar is directed produced by Sunil Lulla & Viki Rajani.