R…Rajkumar gave its fans a chance to feature alongside Shahid Kapoor and Sonakshi Sinha in India’s first custom comic! The contest, which began on 25th October on Facebook, invited its fans to submit their ‘faadu’ story ideas. Of these, three winners would soon be featured in a special digital comic. 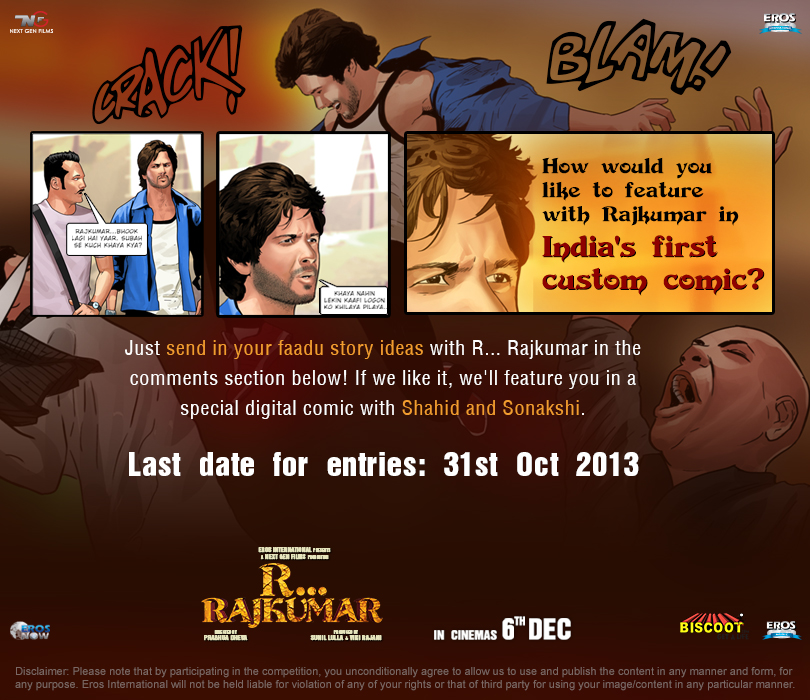 Starring Sonakshi Sinha and Shahid Kapoor, the movie has caught massive attention through its ‘hatke’ dialogues and songs that make one dance to its beats. Giving fans another reason to be excited, the Facebook page of the movie began the contest where the participants had to submit their stories in the comment box. The selection of the winning entries will be on the basis of how interesting and out-of-the-ordinary the story is and would then be turned into, what would be India’s first custom comic for any movie. The winners would be featured in their own story alongside Shahid and Sonakshi in their digital avatar in the Comic strip. The contest ended on 31st October 2013.