Marathi film ‘SAMHITA- The Script’ which is directed by noted director duo Sumitra Bhave and Sunil Sukthankar who are known for making films on off beat subjects has created a record of sorts by winning two national awards and 20 other awards. The sensational award winning film is slated to release in all over Maharashtra on October 11th. Samhita is produced by Subhash Ghai.

Music composer Shailendra Barve won the national award for best music direction and the award for for best playback singing was bagged by song Palke Na Modo rendered by Aarti Ankalikar-Tikekar at the 60th national awards. 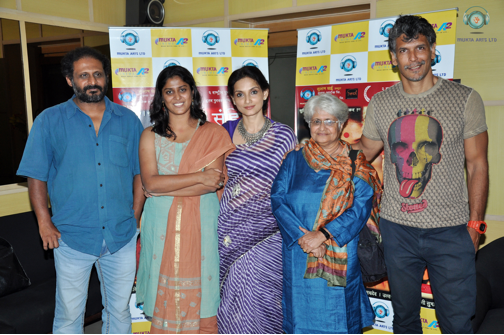 One can’t help but wonder whether the tragic end is the final truth? Or human beings keep searching for blissful ending.  The director duo of the ‘SAMHITA- The Script’, Sumitra Bhave and Sunil Sukthankar twelve films, more than forty short films, five telefilms and a television soap to their credit. They have won many international as well national awards.