My first film in Delhi and it couldn’t get any better! Especially with the Delhi lingo, food, people and everything ‘masala’ you can think of! Mickey Virus is completely shot and takes place in Delhi. It’s a film that every Delhite would enjoy and can definitely relate to. Colorful T-Shirts with the quirky messages and one-liners have become very popular amongst the urban youth crowd of metro cities such as Delhi and Bombay. These t-shirts were one of the highlights in the film. From shirts mentioning things like ‘Last Virus Standing’ to remakes of popular brands such as Starbucks will be visible throughout.

Mickey Virus is very correctly showcased as a comic thriller. Its a different form of comedy and definitely adds the concept of suspense and thrill in its plot. It’s well directed by Saurabh Varma. Varma adds surprise twists bringing the whole story together with the element of thrill and comedy.

The film is shot beautifully by cinematographer Anshuman Mahaley as he captures many daily and scenic locations of the capital such as Nehru Place, TV Tower, Malviya Nagar where Mickey is from and many other recognizable places as well. ‘China ka Maal’ performed by Manish Paul is definitely a catchy tune and will stick with people till after the credits have rolled. 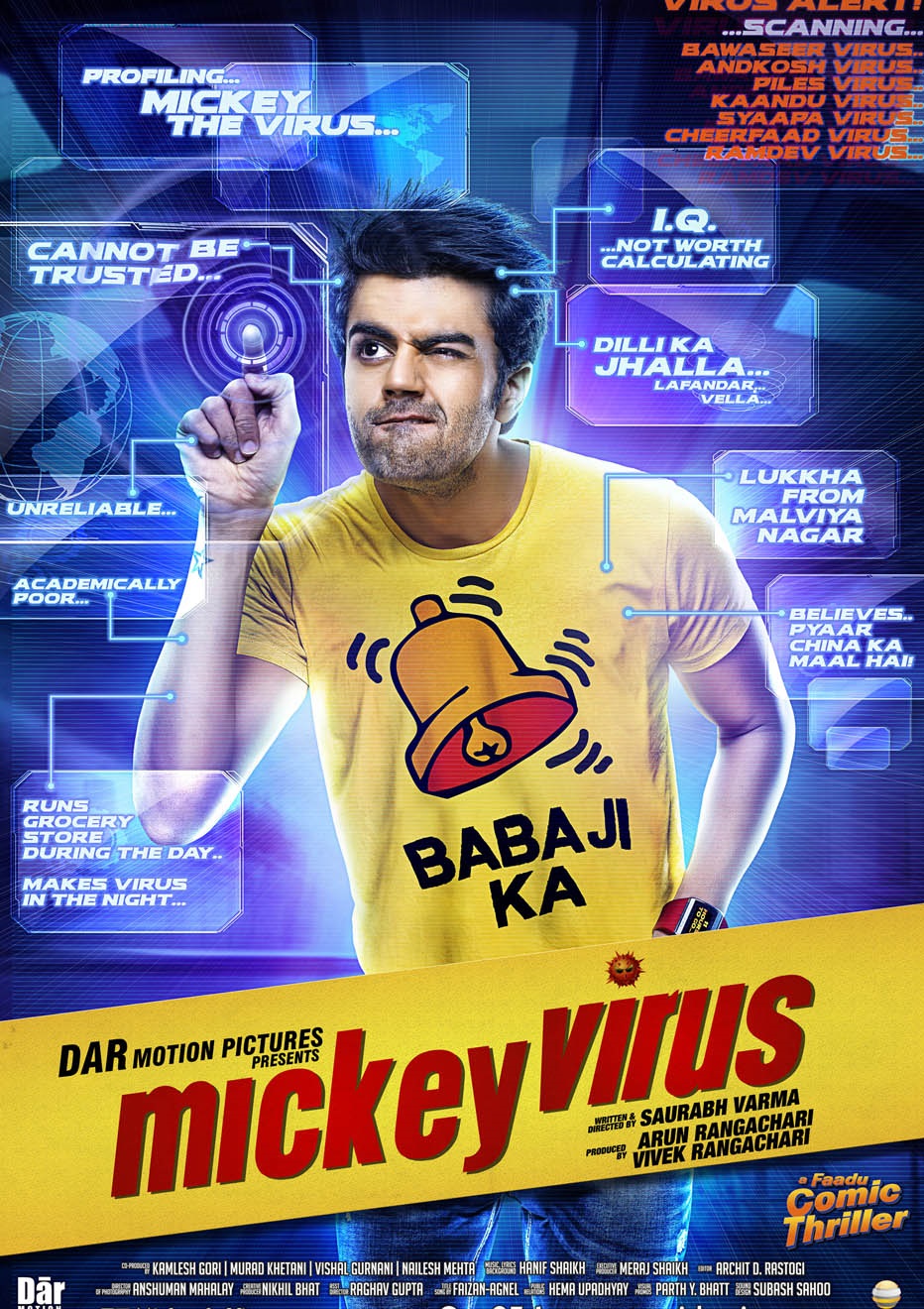 From a RJ to VJ to anchor to an actor, Manish Paul is living the dream and is doing it well! His cheeky personality fits him very well into the shoes of Mickey. Although Paul is definitely funny, as audiences have enjoyed his comedy skills on television, some of his scenes seemed a little over the top or somewhat forced. A few of his Delhi accents were a little overly done but the way he pronounced his words and the lingo that was used was that of your typical mid-twenties Delhi boy. Words such as ‘tota,’ ‘faadu,’ ‘phattu,’ etc. You can hear them on every corner and ‘gali’ in Delhi and that ‘masala’ will be very well appreciated and recognized not just by Delhi audiences but all over. There is definitely a future for Manish Paul in Bollywood and he has that capability to show more than just comedy in his acting abilities which he does in Mickey Virus. 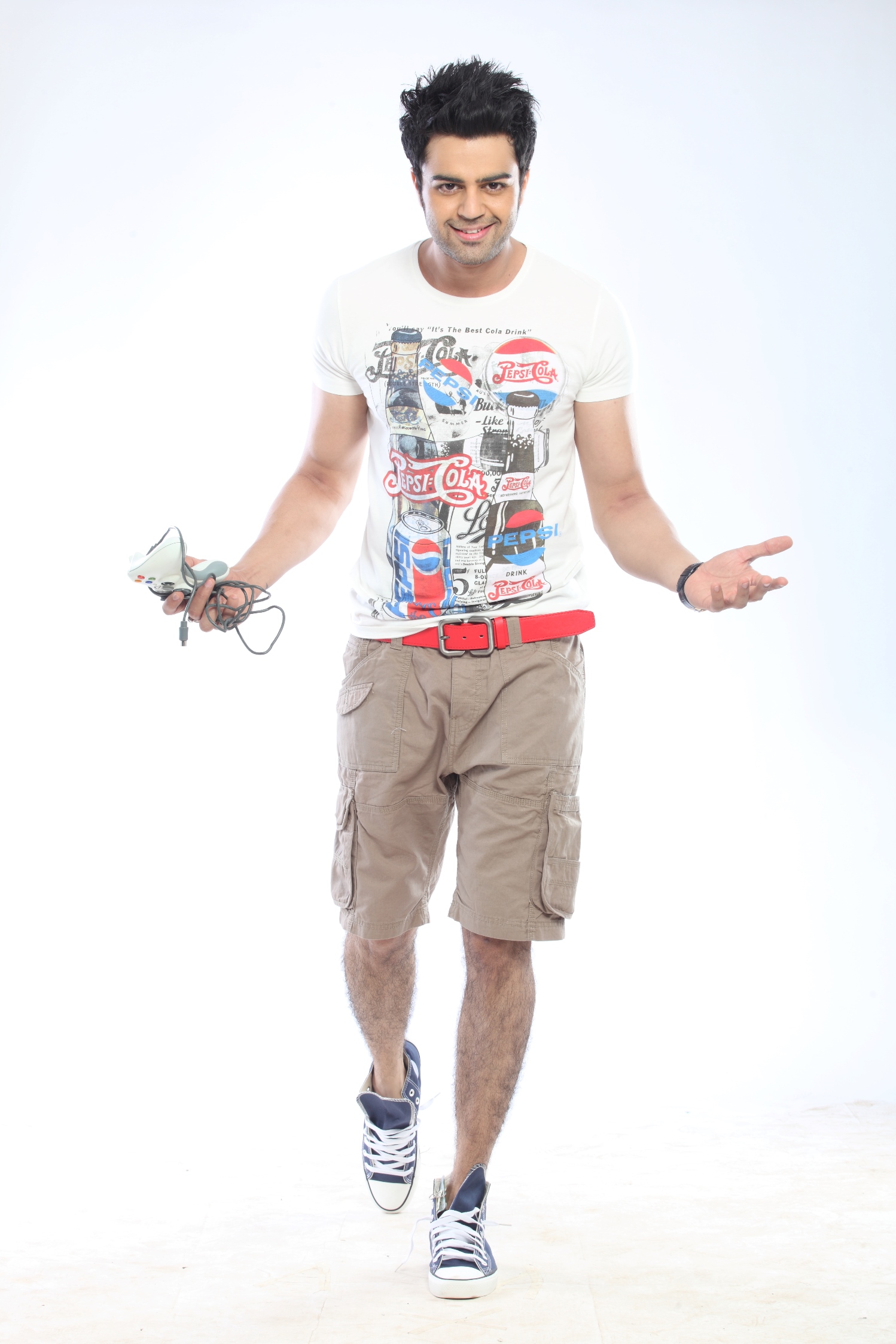 Elli Avram is a mixture of Anushka Sharma and Katrina Kaif and still flying from her Big Boss fame, does exactly what she needs to. She adds that beautiful and sensual aspect to the film while looking mighty sexy in her yellow Kamyani aka Kung Fu Chameli saree. Varun Badola and Manish Choudhary are a treat to watch and their experience as actors shows impeccably on screen. In particular Badola definitely steals the spotlight, sometimes even from Paul as he delivers his typical Delhi Police officer of Haryana dialogues. The lingo and attitude is caught perfectly and takes you back to the streets! 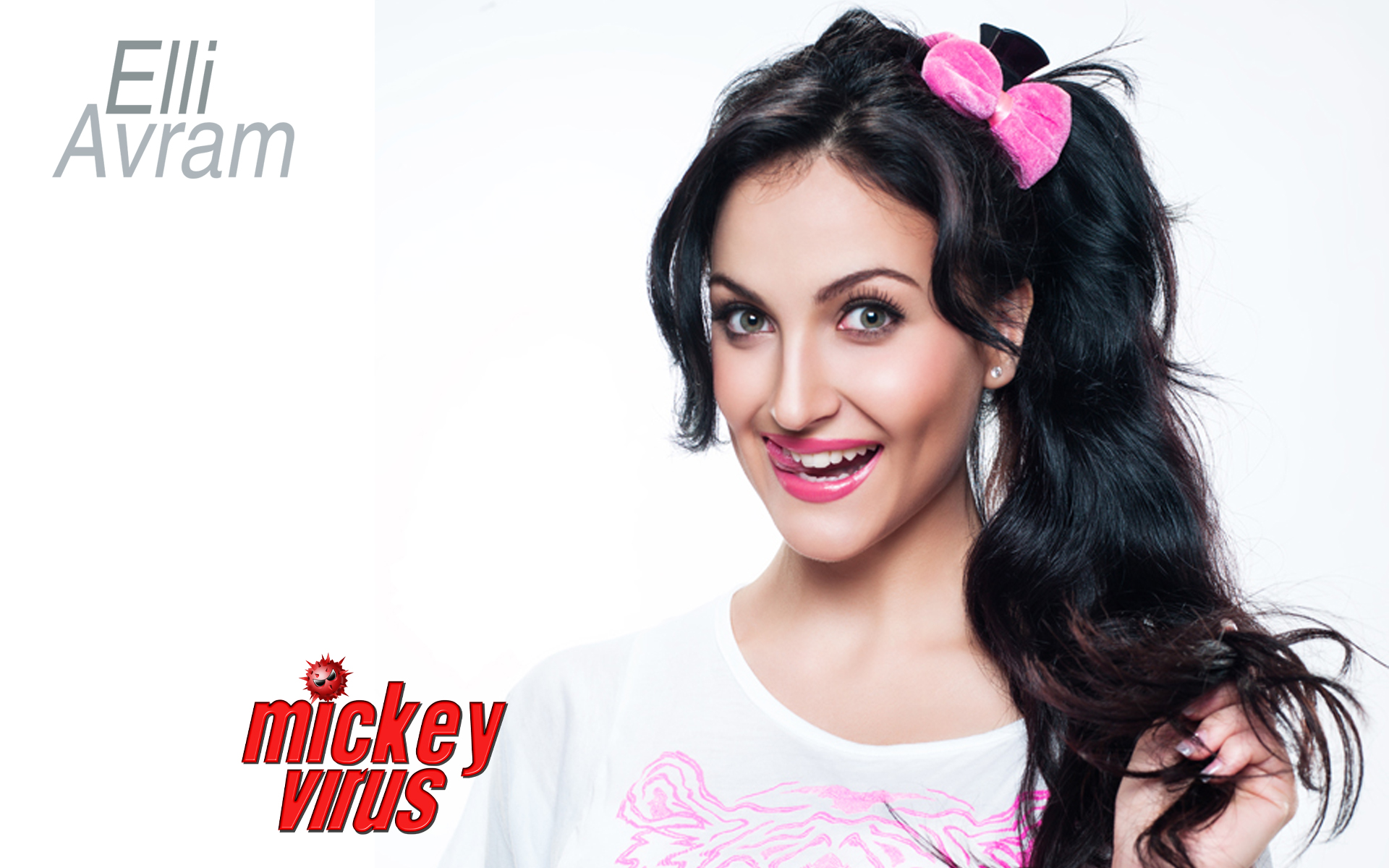 The chutney of the film is ever so correctly named Chutney! The ‘chhota packet bada dhamaaka’ Puja Gupta delivers her Delhi waale masalaedhaar lines and will definitely make you wanting to hear more! She’s that friend that every guy would want to have and boast about!

Most of the audiences will be the youth of today, the college crowd and it’ll definitely gain initial success at the box office. Mickey Virus is attractive and dangerous enough at the same time that this will definitely happen! Manish ‘Mickey Virus’ Paul has successfully hacked the software of success and there is definitely no looking back! He will be spreading entertaining viruses rapidly and also finding their cure!