When we hear about films being protested, it’s usually because the film is portraying vivid scenes where groups are against the film! The tables have turned now and the opposite has just happened! Surprised? Don’t be! The film Mickey Virus has been getting ton of buzz in India and a group of people are upset about the release!

Mickey Virus has garnered a lot of fan following, leaving the audience waiting for the film to release. A certain group of boys in Haryana had gathered on the 18th of October to watch the film, visibly confused and disheartened to know that film wasn’t being showcased in the theater, the group started protesting outside the cinema.

The group was confused as they were supposedly expecting the movie to release a week ahead of the actual schedule. These fans actually created a big chaos outside the cinema as they were eagerly looking forward to watch Manish Paul and the sizzling Elli Avram on-screen. In no time, this group of people started to protest, and didn’t budge until the Manager in-charge came out and clarified their doubt. 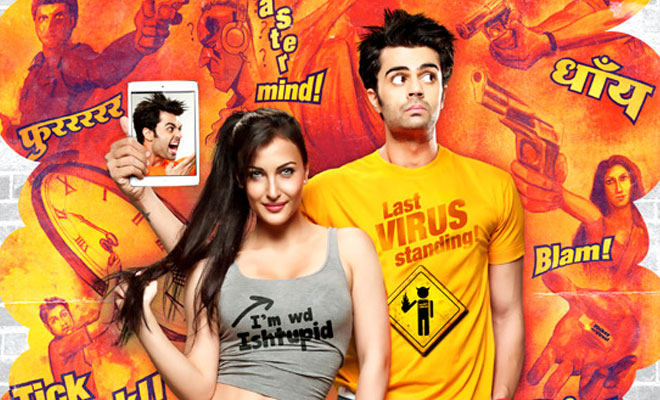 Going by the response till now, Mickey Virus has struck a chord with the masses. The film marks the debut of popular television face Manish Paul and the gorgeous Elli Avram. Set against Delhi as its backdrop, the story of the film revolves around computer hackers and also features Manish Choudhary, Varun Badola and Puja Gupta. Directed by debutant Saurabh Verma, Mickey Virus hits the silver screen on the 25th of October! Get the Virus with Mickey Virus!