As superstar Rajinikanth turns 62 this year, the actor will be seen in the country’s first ever film using Photo-realistic Performance Capture Technology, Kochadaiiyaan – The Legend! 62 years old! For the first time in his career, he was required to adorn a special body suit with track points on all of the joint areas while infrared rays tracked every movement which was then recreated on screen. Pretty cool, don’t you think? This was coordinated by the same team at Centroid Studios who were behind Brad Pitt’s Wold War Z. Rajinikanth’s every motion was captured digitally on screen which was then animated! 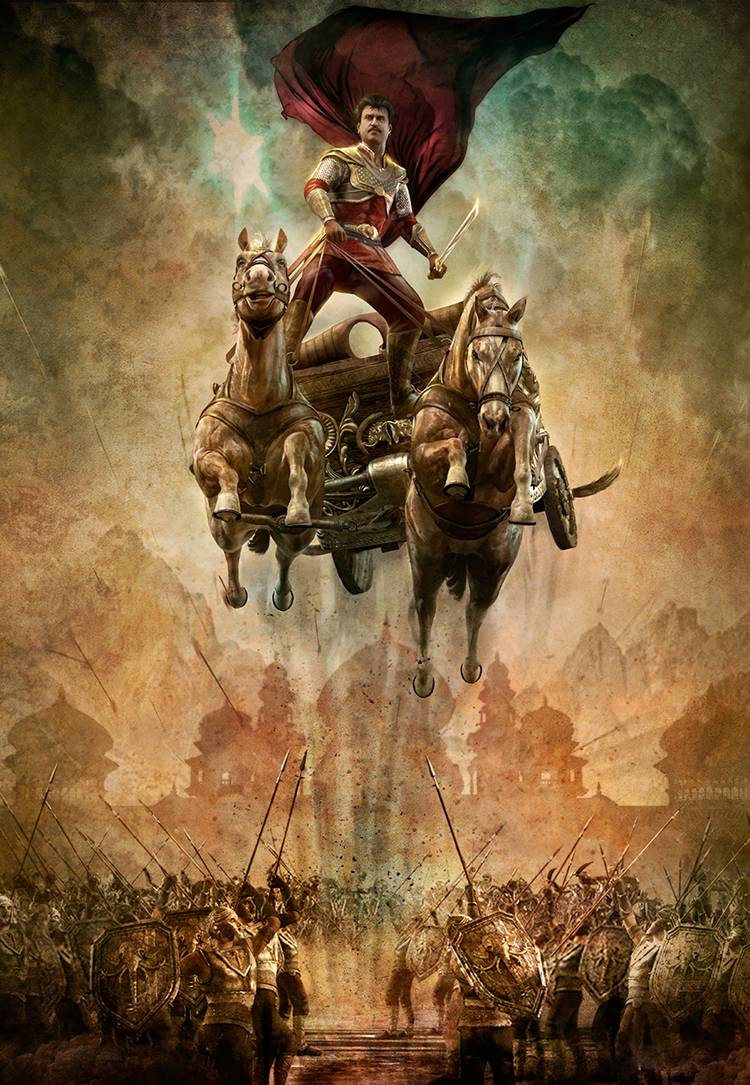 In addition to this Counter Punch Studios from Los Angeles, who have been behind successes such as Beverly Hills Chihuahua, were engaged for Facial Capturing technology together with Faceware Technologies who have worked on The Mummy 3 and The Curious Case of Benjamin Button. Facial expressions are captured with a technology called markerless facial capturing which deploys a Head Mounted Camera on each actor including Rajinikanth to capture there subtle facial movements. This is a standard benchmark in recent Hollywood films like Avatar.

To ensure that Rajinikanth was recreated and animated with the utmost precision, during the shoot in London, dentists were called to the studio to take a mould of Rajinikanth’s teeth so that it could be recreated onscreen to look like an exact mirror copy. Seem’s like a lot of recreating done to change up the character! Just like Avatar! Speaking about the experience, Soundarya says:

“It was amazing to see my father’s every move, gesture and expression on a screen in an animated form.”

Everything was created with the art director’s imagination based on my input on what I had visualised. The shoot took place at the world renowned Pinewood Studios and filming was conducted in a blank studio. The whole process was very technical, with wires, electrodes, technicians, black body suits, head gears, chroma screens everywhere which lacked color and it was also very difficult to see how the film would turn out as once we motion captured the talent, everything was created afterwards around that.

“My father is not a novice when it comes to special effects and introducing technological innovations into our cinema but this process equally excited him.“ He tells us.

After garnering over 3.5 million views for its teaser trailer in a matter of only a few days, Kochadaiiyaan is set to blaze a trail globally in cutting-edge Photorealistic Performance Capture Technology, as it rivals and transcends the technological capabilities of Hollywood masterpieces Avatar, Tin Tin and Beowulf. Kochadaiiyaan – The Legend releases worldwide this December 2013.