A new song from Dharma Productions’ next ‘Gori Tere Pyaar Mein’ titled ‘Chingam Chabake’ is now live. One of the most -awaited songs from Dharma Productions’ ‘Gori Tere Pyaar Mein,’ titled ‘Chingam Chabake’ has been released. Ever since the launch of the movie trailer, fans have been eagerly awaiting the release of this song. And it’s finally out! Check it out and tell us what you think!

Set against the backdrop of a village, ‘Chingam Chabake’ features the lead pair Imran Khan and Kareena Kapoor flaunting their desi moves. With vocals by Shankar Mahadevan and Shalmali Kholgade, the music of the film has been composed by Vishal – Shekhar. 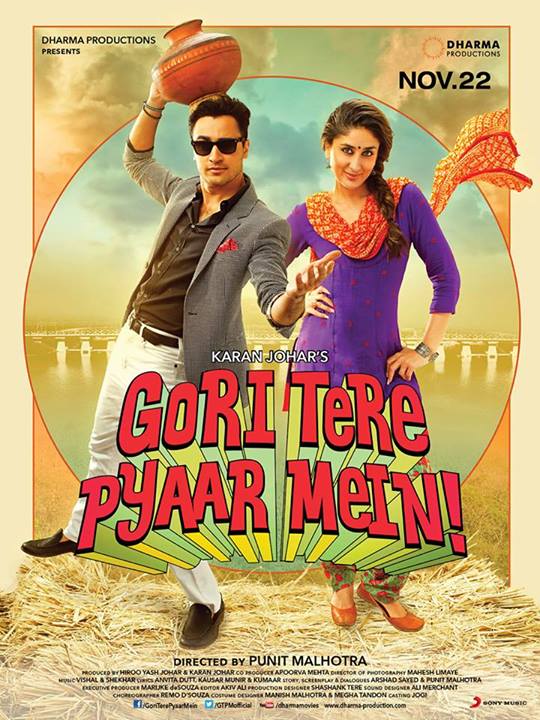 The film is directed by Punit Malhotra, ‘Gori Tere Pyaar Mein’ and  film is scheduled to release on the 22nd of November!