India’s most celebrated designer Manish Malhotra put on a lavish show this week at Grosvenor’s House in Mayfair. As a special guest of the Bollywood designer, Abbas Hasan was spotted at Manish Malhotra’s VIP table alongside Fardeen Khan and award-winning director Anurag Kashyap. 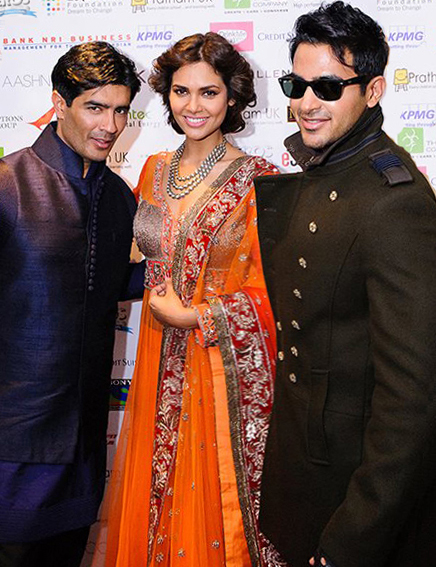 Abbas was styled for the event by The Civilian and dazzled at the event in a Rock’n’Roll inspired look that was hard to miss. It seems there’s a lot to look forward to as the star was later snapped in the press room being introduced by Manish to Bipasha Basu and Esha Gupta while discussing his future projects. At the event, Abbas said:

“It’s always a treat to see Manish’s shows. He’s such a talented designer and a good friend so I had to be here to support him. We haven’t met up since TOIFA [Times of India Film Awards] so it almost feels like a reunion to see the so much of the gang from Vancouver.”

Keep it locked on Urban Asian for more updates on Abbas Hasan!