Daman Mahal is ready to release ‘Yaari’ produced by the one and only musical master Kam Frantic. ‘Yaari’ is a peppy song with through and through dance vibe with a UK Bhangra beat. The song is written by Binda Johal and vocals of Daman Mahal. Check out the full video here!

Daman Mahal trained by Bhai Jasbir Singh Ragi from Harmandir Sahib (Golden temple) and moved to the United Kingdom from Amritsar, India 17 years ago. His love of music grew from a passion to a career when he was discovered by music producer Ranj B in 2006. They released “Gabru” from the album Let’s Play and now Ranj B has launched Force Records to which Daman is signed to! Daman released his debut album in 2009 ‘Sun Zara’ released in India and UK via Moviebox and went on to doing a second album 2010. 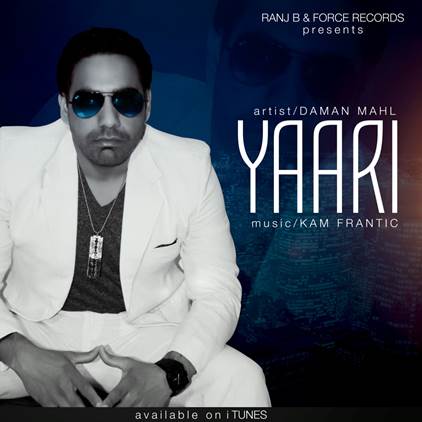 He took a gap from music as he got into training and met Celebrity trainer Rob Blakeman who also trained Mike Tyson and Ozzy Osbourne. Daman Lost 5 stones and went on to opening his own training centre in the midlands. Daman never stopped singing and is no stranger to the audiences with two smash hit albums he has performed across the world in Germany, Italy, Denmark and Sweden. Keep it locked on Urban Asian for more updates on Daman Mahal!