The track has a rustic yet contemporary beat and features the lead vocals of songstress Nindy Kaur and the lyrical knowledge of Raftaar to give it its trademark ‘UP gangster’ feel. Tamanche Pe Disco is the first time that RDB has collaborated with Fox Star Studios and Bollywood superstar Saif Ali Khan. Catchy and hypnotic, “Tamanche Pe Disco” brings together Khan and co-star Sonakshi Sinha in the video. Surj from RDB said of the track:

‘Tamanche Pe Disco is a really upbeat track and who better than for it to be picturized on superstars Saif and Sonakshi who bring their own edge! The song is a departure from our traditional Punjabi flavors but one that is guaranteed to get the party started in style. Nindy and Raftaar have done complete justice to the song.’

Bullett Raja sees Saif Ali Khan essay the role of Raja Mishra, a commoner who gets transformed into Bullett Raja – a notorious, care-a-damn attitude gangster. A faithful friend and a loyal lover, living life on his own terms, setting his own rules, commanding respect and fearing no one, Bullett Raja in his true inimitable style takes on the system that creates people like him in a compelling struggle for power and ambition. The film is directed by Tigmanshu Dhulia. and also stars Sonakshi Sinha, Jimmy Shergil, Vidyuth Jamwal, Chunkey Pandey, Gulshan Grover, Ravi Kishan and Raj Babbar 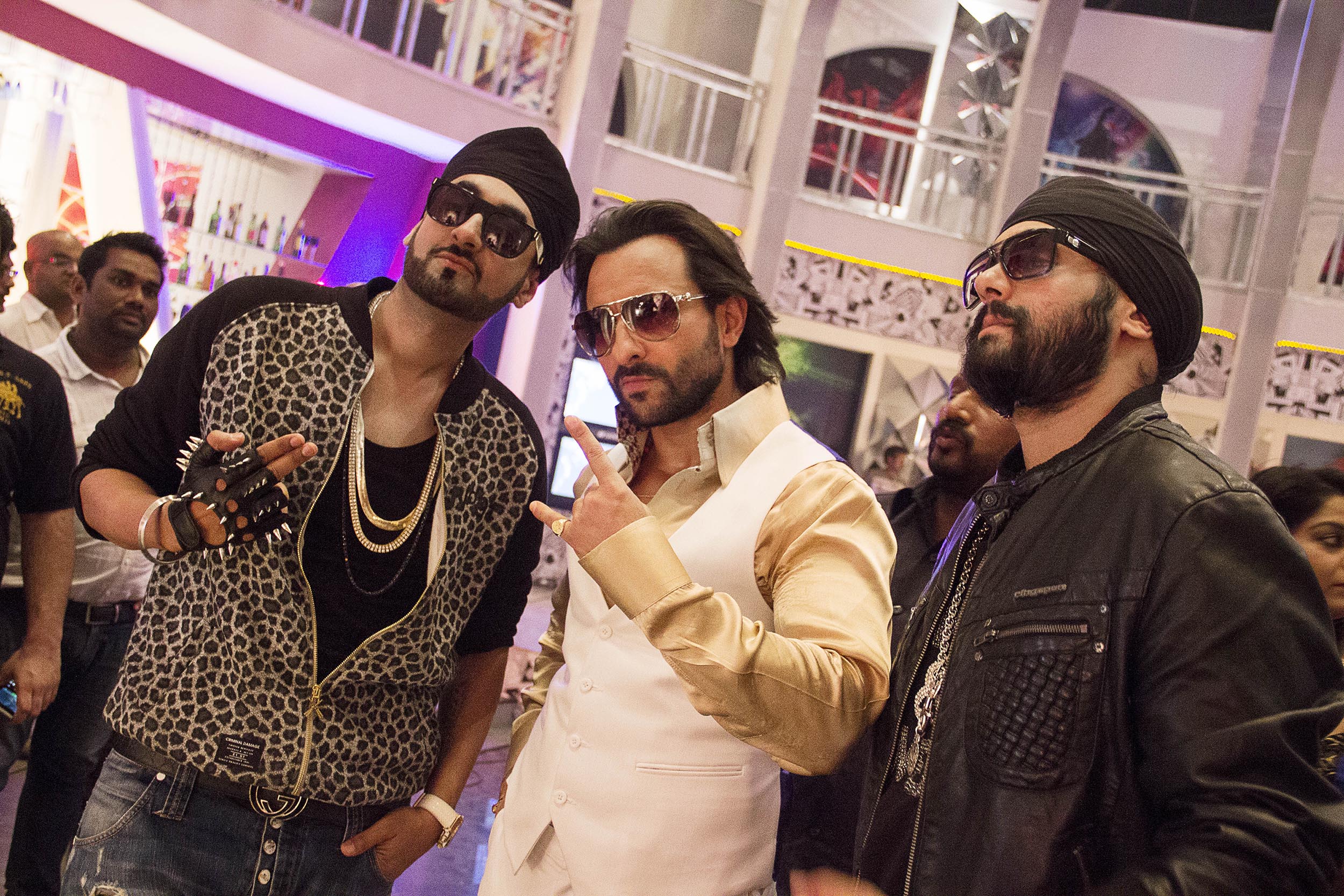 Bullett Raja is a Brandsmith Motion Pictures and a Moving Pictures production. Bullett Raja will be released in cinemas from 29th November 2013.