So many thousands of warm-hearted people across the world participating in various projects to perform ‘Sewa’ and experience the joy of giving in its truest sense. Avina Shah together with Eastern Illusion Artistes, Kishan Amin and Hemina Shah all gave up time from their busy schedules to volunteer this year on Sewa Day by choosing to ‘Bring a little joy to others’ as their main assignment. 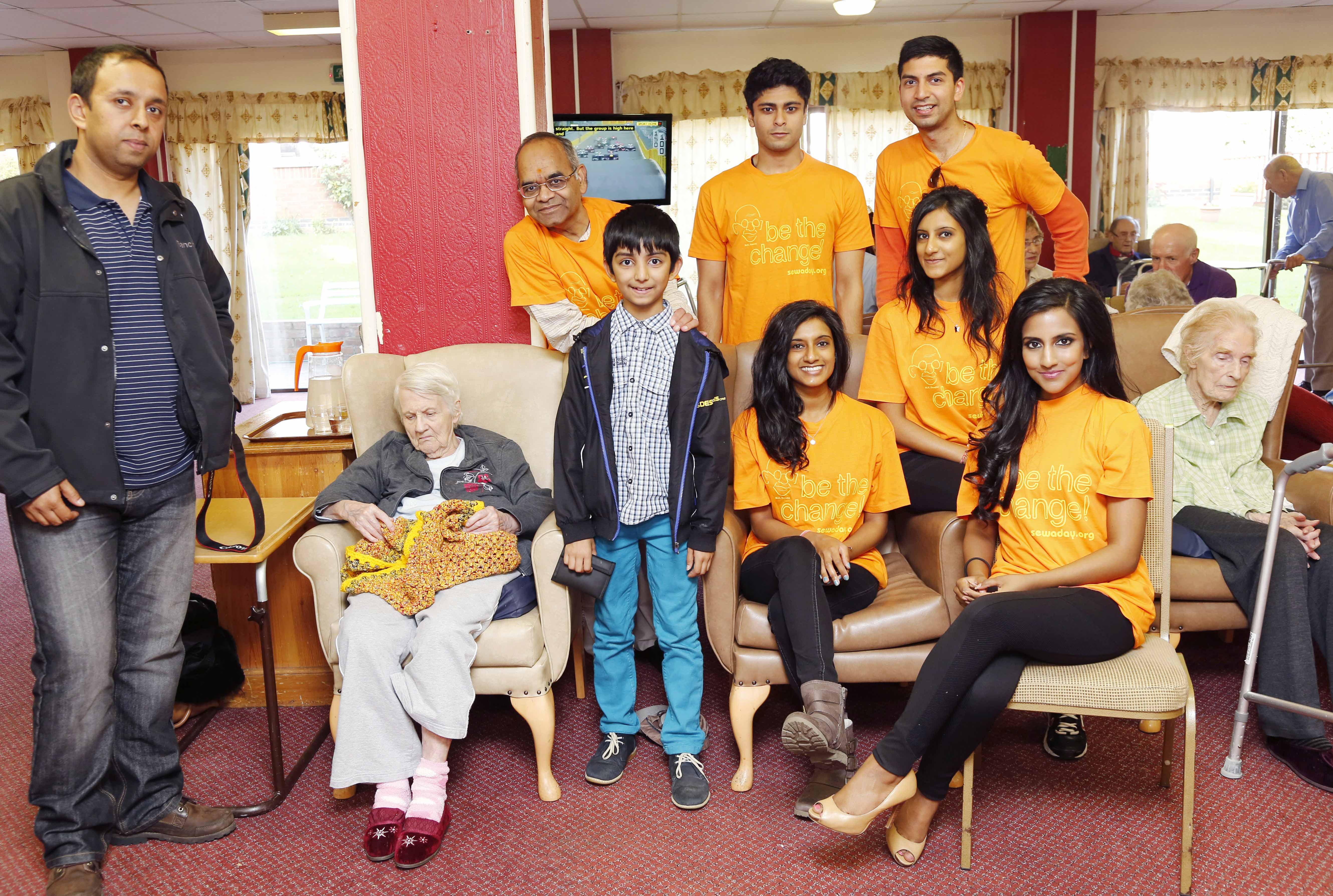 Avina Shah conducted her Sewa with the NHSF Leicester Hindu Society at The Grange Nursing and Residential Home in Leicester by spending time talking and assisting carers with the residents.

“It was an amazing experience spending time with the residents and I’m already looking forward to my next visit. We had some great conversations and felt we really bonded!  I hope that the concept of Sewa Day spreads widely and that we all make a point of giving more of our time to make a positive difference to someone elses happiness.” Avina Shah (Artist) 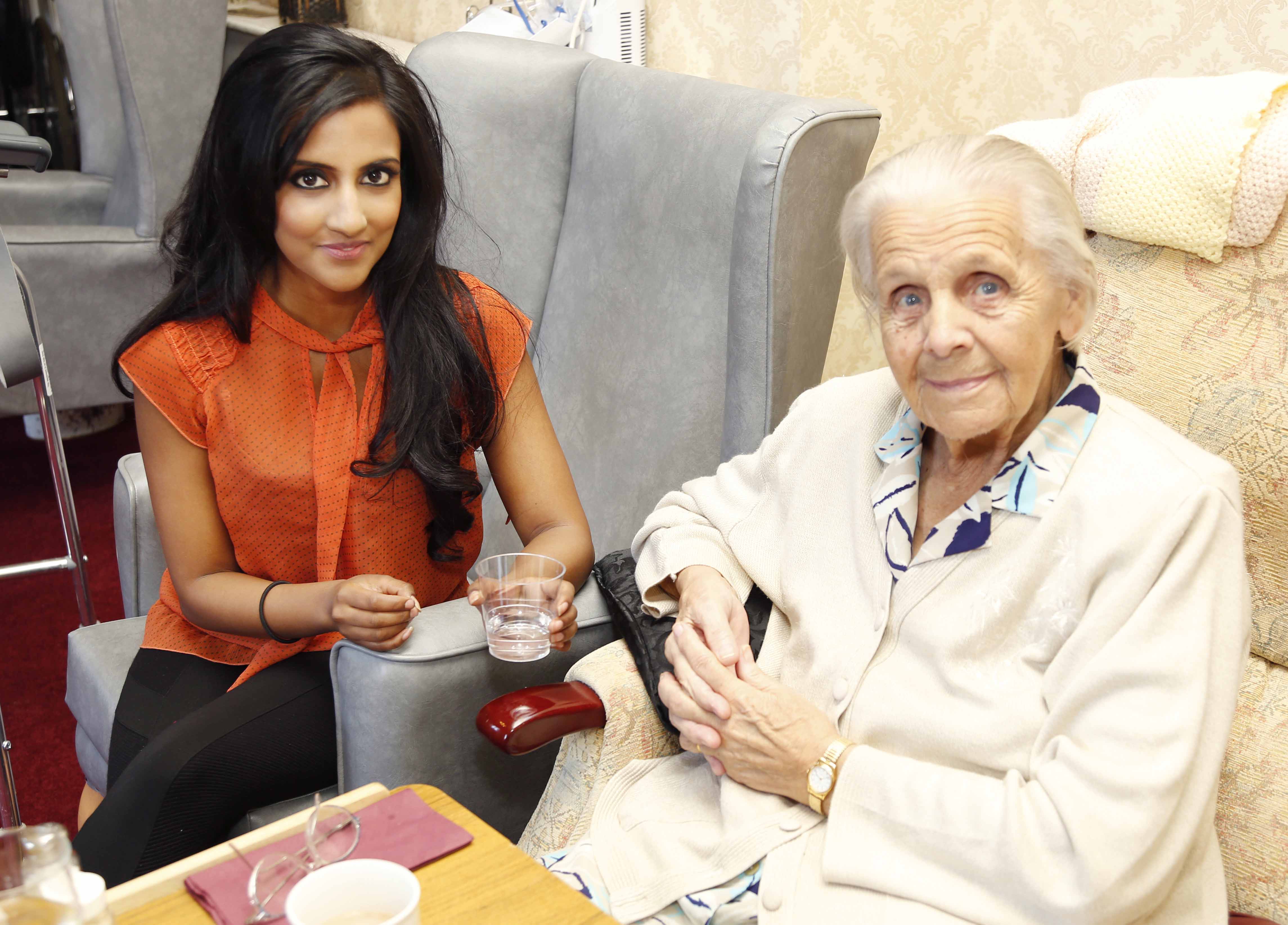 Gujarati residents at the Shakti Nursing Home in Wembley were mesmerized by Bhajans and golden classic songs performed live by Hemina Shah. Residents and their visiting families sang along together and participated in a joyful afternoon full of music and entertainment. Kishan Amin, also joined by Sewa Day Chairman Arup Ganguly gave up their time assisting the Guru Nanak Darbar Gurdwara community in helping out sorting clothes and food for the homeless. 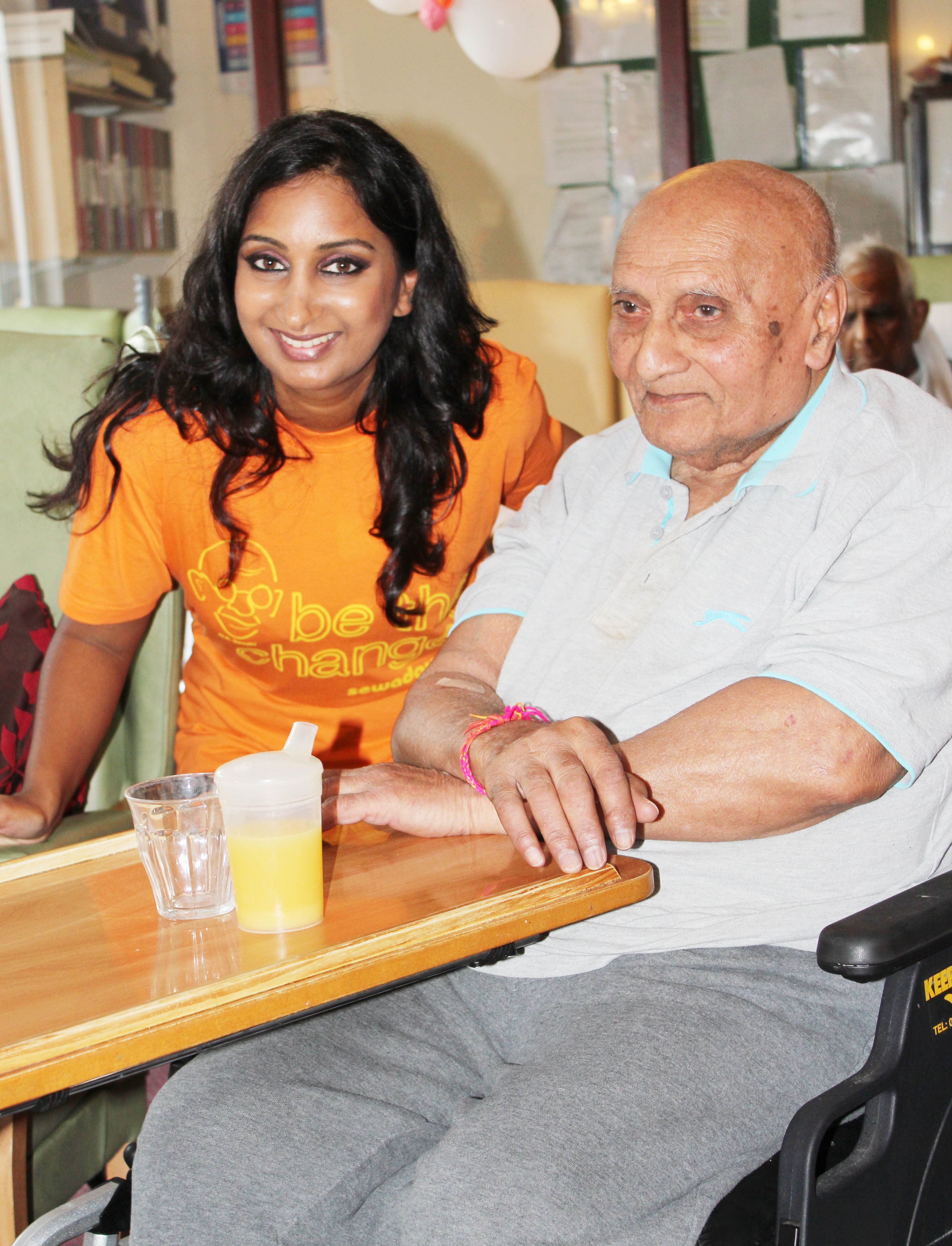 “On behalf of Eastern Illusion, we would like to congratulate the Sewa Day team who have been working extremely hard not only organising so many projects but also getting hundreds of volunteers involved. Everyone involved from children to adults have open-handedly bought a bundle of joy to others by simply giving up their time for this charitable cause. Myself and the EI Team are delighted to have participated this year, and the Sewa Day team can count on our continuous future support. Congratulations to all those that got involved.”