We first told you about a story that had Award-winning actress Dipti Mehta in it! Well now the movie is making it’s rounds through many Festivals! Check it out here on UrbanAsian!

“Yaatra” is a story of a young woman that I know and respect. I have always created work inspired by my environment. When I heard about Priya’s story I was deeply moved and disturbed at the same time. I knew right then that this was to be my first film” Dipti tell’s us.

In the patriarchal society that India largely is, women loose their voice at an early age. Their lives are marred by what men want. What they wear, who they meet, what they say; even what and how much they eat is decided by men! Most women are subject to varying degrees of male domination. Women are treated like objects but any down falls of men are blamed on these very same; powerless women. Women are abused under the name of social norms, social stigma and social agreements. Now that’ horrific!

“Priya went through a horrific few years after her marriage was arranged. She is one of the rare women who did come out of the situation with power and balance. But every other day I hear of a woman who was engulfed by the demon that almost swallowed Priya. While Priya has not lost her mental sanity or courage, her life will never be the same.” Dipti tells us.

Most of us live our lives without realizing what is happening in the world. Yaatra is a jolt of awareness for people and a plea for justice for Priya and all those women who are victims of social norms. I am thankful to the entire team for believing in the spirit of the story and working as a team to make the film a reality. 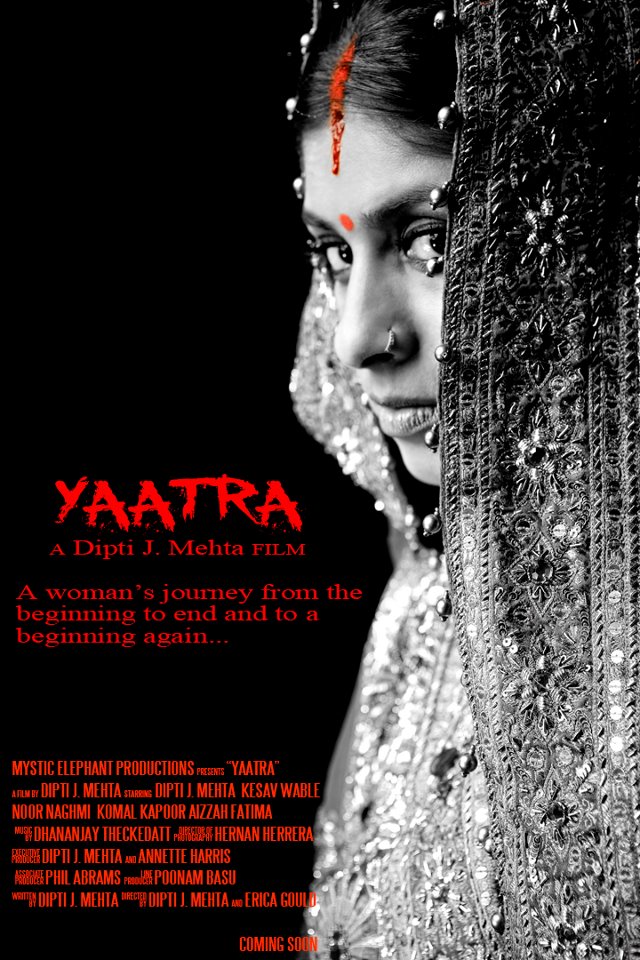 “Yaatra” will also be screened at Golden Door International Film Festival in Jersey City in October 2013.

http://goldendoorfilmfestival.org/ Be sure to check it out!