The teaser for War Chhod Na Yaar, Faraz Haider’s hilarious and thought provoking war comedy, has been revealed. The teaser features a montage of videos featuring the tension between India and Pakistan and then it takes a hilarious turn. 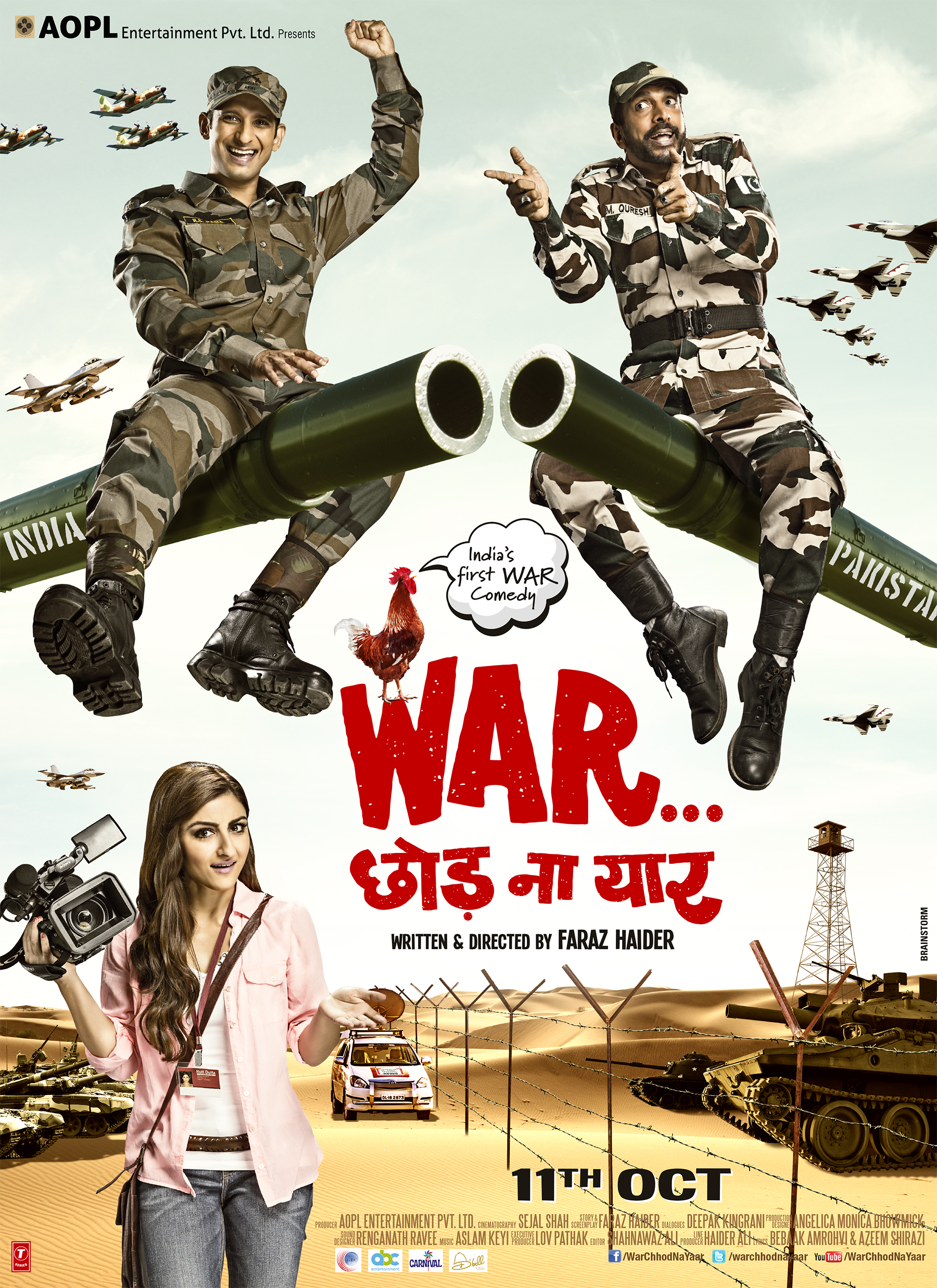 In 100 years of Indian cinema, War Chhod Na Yaar is the first film to explore the war comedy genre. It is set to release on the 11th of October 2013. Sharman Joshi, Soha Ali Khan and Jaaved Jaaferi star in this path-breaking film which poses questions on the concept of war and the relationship between the two greatest enemies in history, India and Pakistan.

The supporting cast includes Sanjay Mishra, Manoj Pahwa, Mukul Dev and Dalip Tahil, who will be seen playing four roles – the defence ministers of India, Pakistan, China and USA! Check out the trailer and tell us what you think!