Late Night Studio presents Sanj C with his debut single “Lak Patlo.” “Lak Patlo” is through and through dance track with the traditional Bhangra sound that will take off on the dance floors. The video will see both Lucky and Sanj in front of the camera for the first time together. Check out the teaser!

His qualification and passion for music and sound got Sanj in the studio producing demo beats and mixes where he was introduced to singer Lucky Sidhu who has sung “Lak Patlo.” Sanj spent studio sessions jamming and finding the right concept with Lucky before they came across “Lak Patlo.” Lak Patlo releases worldwide September 9th, 2013.

“Lucky’s voice is powerful, when I heard him I knew I would record a song with him, he’s got the right tone and pitch for this song. We have also become good friends since recording the song,” said Sanj C

Born and Raised in South London, Sanj has been in to music since a young age listening to mixture of all kinds of music from Punjabi, Hindi and English.From the age of 13 he started to download DJ mixing programs to mess around with and also music production software to create his own beats and melodies. Sanj got his first set of decks at the age of 16 where he spent endless hours locked away practicing music. The Dj’ing started at family functions until he got noticed and became a resident DJ at a local bar in South London. 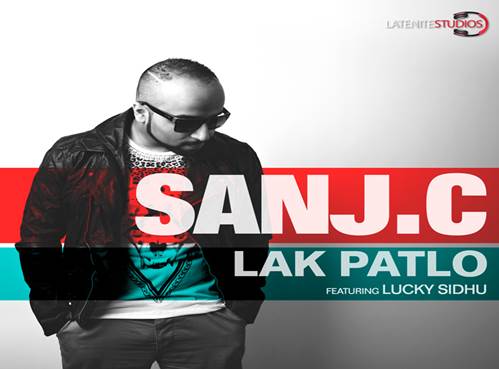 Sanj has been dj’ing for ten years now along the way he got introduced to Jags Klimax one of UK’s most reputable Dj’s who guided him. It was from here Sanj enjoyed controlling the masses with the choice of music he played so he went on to making beats. Sanj went on to completing a Sound engineering music production course and continued to DJ performing alongside the likes of Punjabi Mc Tim Westwood, DJ Kayper Jassi Sidhu, Taz Stereonation, Tigerstyle and Jaz Dhami.  Sanj will be launched as Late Nite Studios’ first Dj/Producer to the label alongside singer Anand B and Ravi Duggal. Keep it locked on Urban Asian for more updates!