Jackie Chan who is not dead, yes it is a hoax once explored comedy within the action genre and won the hearts of millions. Now India is attempting a similar feat, starting off with a humble beginning. 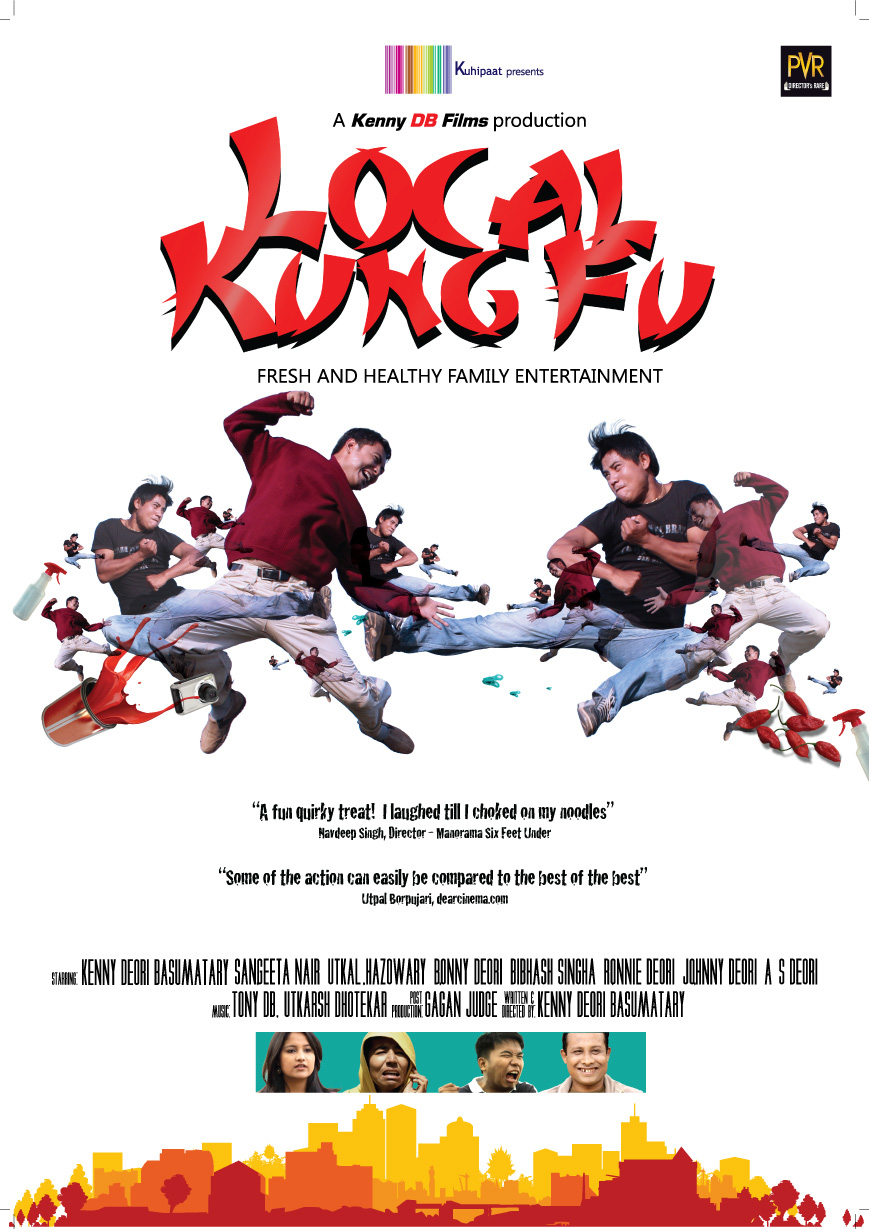 This week, the country will get its first own full-blown ‘martial arts comedy’ in the form of Kenny Basumatary’s Assamese feature film Local Kung Fu which boasts of some fabulously choreographed action sequences amidst rip-roaring humour.

What’s more! This is one of the most inexpensive action films ever made, with a budget less than a lakh of rupees! The film’s team neither had a great budget nor the need to use trickery-like wires etc to execute their fights. All the fighters of Local Kung Fu are genuine martial artists who’ve trained for several years.

Kenny Basumatary has not only written and directed the film, but also plays the main protagonist along with other cast comprising Utkal Hazowary, Sangeeta Nair, Bonny Deori, Bibhash Sinha, Ronnie Deori, Johny Deori and AS Deori.

Come September 27 and Local Kung Fu will release in seven prominent cities in the country with English subtitles for audiences outside Assam. The film will be screened by PVR in Mumbai, Delhi, Pune, Kolkata, Bengaluru, Ahmedabad and Chennai, apart from an independent release in Assam! Let the Kung Fu being!