Being in media, I understand the need to find that hot item that will bring in the fans.  However, I do not endorse spreading any baseless rumors – that too, about a celebrity’s personal lives!  The past few days, there have been rumors circulating on several media sites that Bollywood Heartthrob, Hrithik Roshan, and his wife of 13 years, Sussanne Roshan, have split, and that they are going to be divorcing soon!  However, according to Sussanne’s sister, Farah Khan Ali, these are just rumors and the couple is still going strong.  She tweeted,

“Celebrities will always be food for gossip. Don’t believe everything you read. Its a pity the media lives off personal lives. Get a life!”

She also re-tweeted a link to a media site that had a write up about the split saying that the news is false! 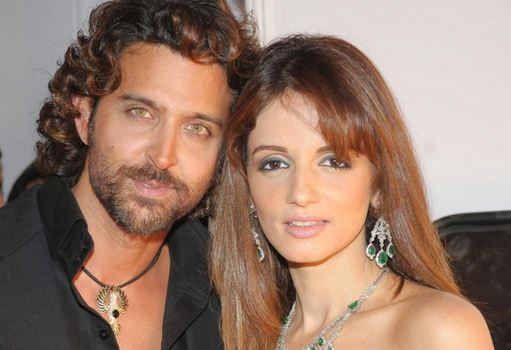 According to rumors, Sussanne missed Ganesh Visarjan this year (despite attending every year prior), stayed only briefly at father-in-law Rakesh Roshan’s birthday party, and has moved in with her parents and is no longer living with Hrithik!  This is not enough to base such a mindless rumor on!  In fact, DNA India reported that the reason Sussanne is at her parents house right now is because of her father’s poor health!  A source told the website the following:

Sussanne and Hrithik are childhood sweethearts.  They married in 20th December, 2000 and share two lovely little boys together – Hrehaan and Hridhaan.  If they truly are splitting up, it is up to Hrithik and Sussanne themselves to share with the public.  It is not for the media to pre-emptively and artificially generate!  Here’s wishing that their relationship stays intact and that media doesn’t cross the boundaries into their personal life.