Good Pitch2 India has announced the six documentary films that will be presented at the inaugural event on February 4, 2014 in Mumbai. 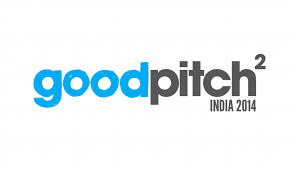 Good Pitch has brought together documentary filmmakers with foundations, NGOs, campaigners, philanthropists, policy makers, brands and media around leading social and environmental issues to forge coalitions and campaigns that give back to society. In the eight years since Good Pitch was started, 2,100 organizations from 30 countries have attended events. More than $11 million has been raised and more than 70 campaigns launched to support the films. Each film deals with issues of huge importance in India, such as justice, the security of women, and access to health and education. Check out the official list of films below:

For more updates make sure you visit the Good Pitch India website.